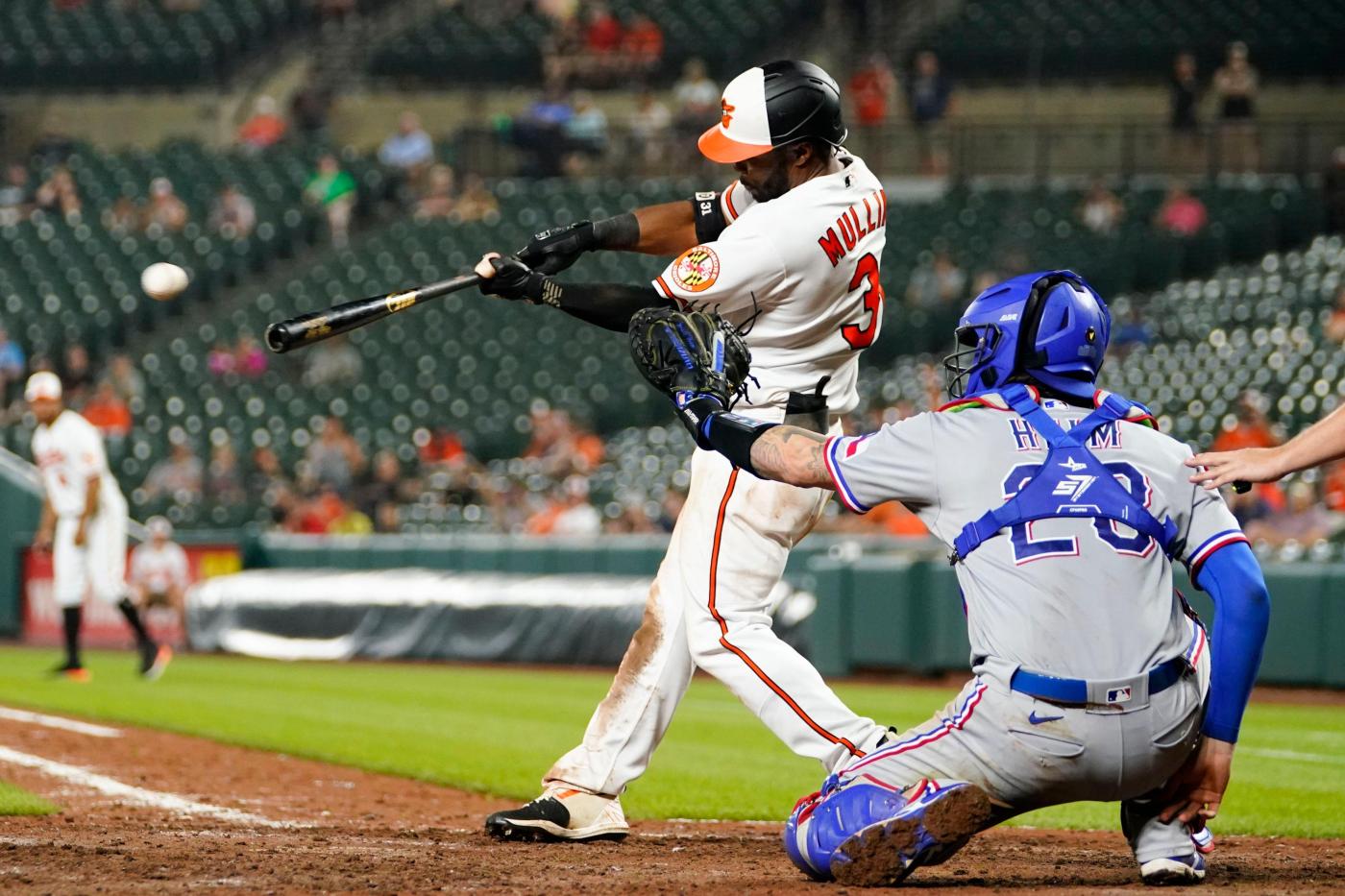 As the Orioles trickled toward their final out in a game in which they held three leads and lost each, a fan in the bowl of Camden Yards yelled out.

“This is all your fault, Roogie!”

It’s doubtful Baltimore second baseman Rougned Odor heard that proclamation as he prepped to hit in Tuesday’s bottom of the ninth, but he surely felt some responsibility for the Orioles’ circumstances against his former Texas Rangers club. He fielded a grounder without hurry in the top half of the inning, allowing the potential tying run to reach. It scored when Corey Seager homered off Félix Bautista, the third straight inning Baltimore’s bullpen allowed a game-tying or go-ahead blast.

With the Orioles down to their final out in the bottom of the ninth, Odor made up for his miscue, hammering a game-tying home run to right field. He took his time leaving the box and making his way to first, admiring his shot and perhaps giving those who had yelled out time to issue an apology before he began his trot.

“He’s a warrior,” manager Brandon Hyde said. “He’s inspirational, and he’s got energy, and he loves to play, and he’s a tough dude.

“He is all about winning.”

Tuesday, so too were the Orioles. An inning later, they finally ended their back-and-forth matchup with the Rangers in a 10-9 victory, as Cedric Mullins reached for a fifth time with a walk-off double in front of those who remained from an announced crowd of 7,371, Camden Yards’ second-lowest of the season.

The win positioned Baltimore for its first sweep of the season as they became the first team in major league history to come out ahead despite allowing game-tying or go-ahead home runs in the seventh, eighth and ninth innings. In a stretch of seasons that have frequently featured blown leads, few have also resulted in clubhouse celebrations.

“Sometimes, we’d seem to drop out of these games, but not this team in 2022,” first baseman Trey Mancini said. “That game was the epitome of who this team is.”

Odor’s clutch hit and Mullins’ Gatorade bath-inducing knock erased a frustrating game from Baltimore’s bullpen, one that had been a surprising bright spot. The Orioles (38-44) took a 4-0 lead in the second inning as starter Austin Voth cruised through four frames, but he loaded the bases while recording only out in the fifth. Keegan Akin entered and allowed all three inherited runners to score on a sacrifice fly, a groundball single that bounced off third base and a single into center. He pitched a clean sixth before Mitch Garver hit a game-tying home run off him in the seventh.

With the two outs in the bottom half, Baltimore broke ahead again. A walk from Mullins preceded four more baserunners, with Ramón Urías dealing the key blow with a two-run single that pushed the Orioles’ lead to 7-4.

It was short-lived. With two outs in the eighth, Dillon Tate left two runners on for Nick Vespi, who surrendered a game-tying three-run home run to Nathaniel Lowe.

Ryan McKenna cleared Camden Yards’ new left field wall for his first home run of the year, but the advantage disappeared against Bautista in the ninth, the third time in five games the Orioles went into their opponents’ half of the ninth leading and exited it trailing. But thanks to Odor, the game stretched into an extra frame. Right-hander Joey Krehbiel was throwing in Baltimore’s bullpen in case that was required. As Odor approached the plate before the at-bat, Krehbiel sensed it would be.

“You never know,” Krehbiel said, “but you can get a feeling.”

Krehbiel left the bases loaded in the top of the 10th, and after two unproductive outs with the automatic runner at second, Mullins laced a ball into left-center, giving the Orioles consecutive walk-off victories for the second time this season.

“We haven’t had many gut punches from the bullpen, honestly, like we’ve had here the last three or four days,” Hyde said. “Our bullpen has been lights out and stranding inherited runners and getting big outs in big spots against [American League] East-type teams, and tonight it just didn’t happen.

“For our guys to — we’re winning the game, we feel good about our bullpen and it not to happen, but to be able to bang with them, to take the lead, just says a lot about our character.”

As the team’s longest-tenured player, Mancini watched as the club traded away several players to spark its rebuild in 2018, and he remains in Baltimore now as that process begins to pay off. He might not be around much longer; in the last guaranteed year of his contract before reaching free agency, Mancini is the Orioles’ likeliest candidate to be traded come next month’s deadline. If this is his final full month with Baltimore, he’s happy with the growth he’s seen around him.

“I’m not sure what the next few weeks have in store exactly, but I know I’m just having fun, just trying to enjoy every day with these guys,” Mancini said. “This year has been a breath of fresh air. No matter what happens, I’m really proud of this group and the way that we’ve progressed and played this year. It’s been really, really fun and special to be a part of.”

A year ago Monday, Mullins was named an All-Star. It’s doubtful he repeats when this season’s group is announced this weekend.

But a slow start following his breakout season has hidden improvements that have been bubbling for a month. After a loss on June 5, he was batting .236 with a .667 OPS. He finished Tuesday’s game hitting .333 with an .880 OPS in the month since.

After three singles from the bottom of the order gave the Orioles a 1-0 lead in the second inning, Mullins laced a two-run double to center, his 11th extra-base hit of his past 25 games, and then scored on a double from Mancini. He sparked Baltimore’s seventh-inning rally with a two-out walk.

After Robinson Chirinos popped up a bunt and pinch-hitter Ryan Mountcastle popped up, Mullins came through in the 10th in a matchup with left-hander Matt Moore, the same pitcher the Orioles walked off against Monday. Mullins entered the game hitting .229 against left-handed pitchers, compared to .277 in at-bats he had a platoon advantage.

“For me, the confidence is back,” Hyde said.

>> Orioles outfielder Austin Hays is dealing with a sore right wrist after a hit-by-pitch Monday aggravated an injury he first felt after a diving catch into foul territory in Chicago. Mountcastle was out of the lineup with a sinus issue.

>> Right-hander Kyle Bradish, on the 15-day injured list with right shoulder inflammation, will throw to hitters in the coming days.

>> MLB Pipeline updated its top 100 prospect rankings with the graduation of Orioles catcher Adley Rutschman, formally the No. 1 prospect. Triple-A infielder Gunnar Henderson skyrocketed from No. 41 to fifth, while Norfolk teammate Jordan Westburg entered the rankings at No. 96.