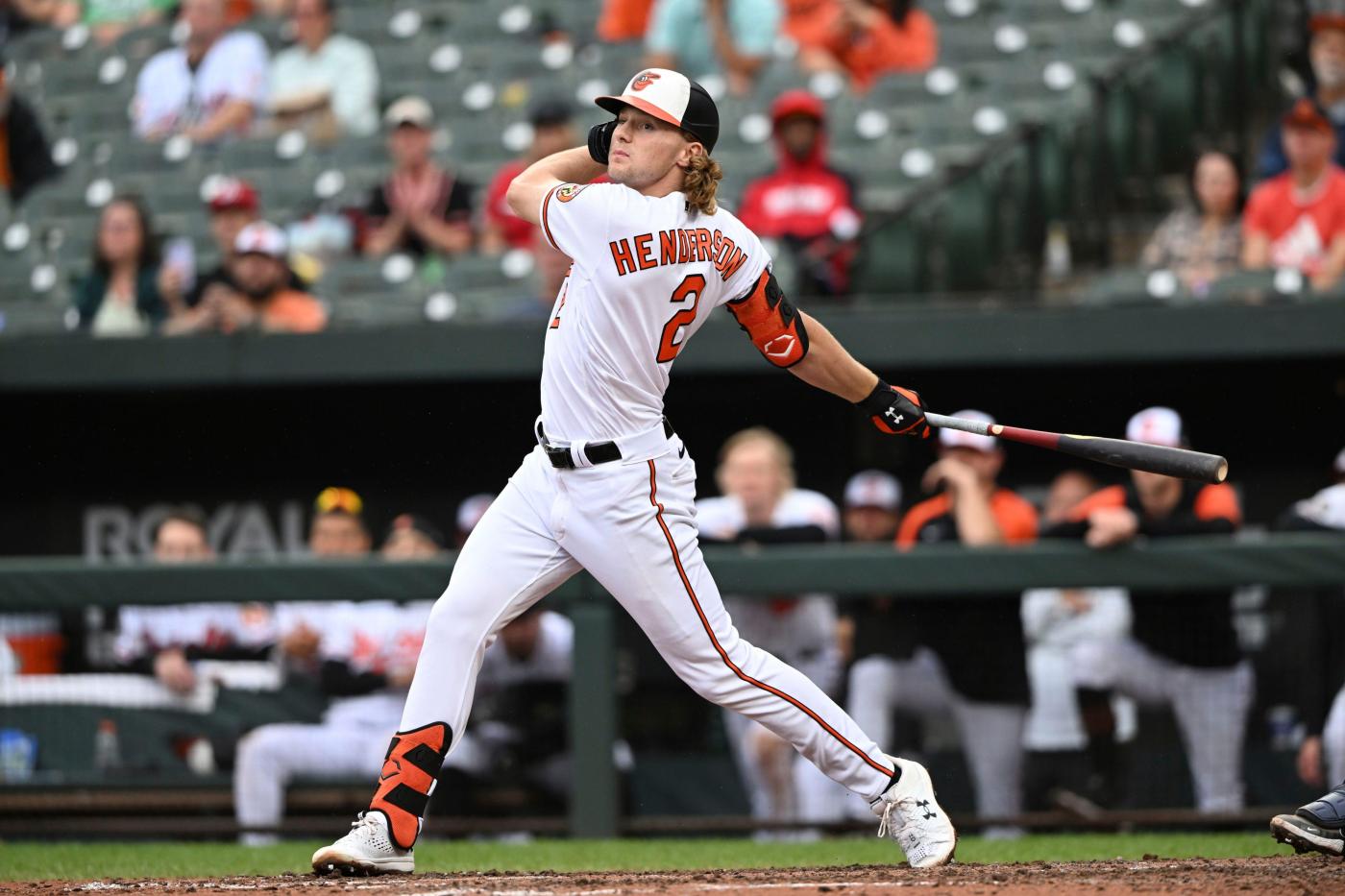 Orioles infielder Gunnar Henderson needed to sign just his first name under the Green Monster at Fenway Park on Tuesday. For one, he’s the only “Gunnar” he knows, and he joked that if another comes along, they can sign their last name next to their shared first name.

But in another way, Henderson is rapidly becoming the sort of player known by just one name. The 21-year-old has quickly taken to Major League Baseball since his promotion Aug. 31, but his reputation precedes even the gaudy numbers posted for the Orioles. Henderson was named Baseball America’s Minor League Player of the Year on Wednesday, and for good reason.

Henderson, the youngest position player to make his Baltimore debut since Manny Machado in 2012 and youngest to debut in MLB this season, has experienced a rapid rise. He entered the season as Baseball America’s No. 57 overall prospect but is now listed No. 1 after posting a .297 batting average and .947 OPS with 19 home runs, 79 walks and 116 strikeouts in 112 games between Double-A Bowie and Triple-A Norfolk this year.

“It’s just a great honor and can’t thank God enough for blessing me with the ability to be in this situation and to bless me with the awards that come with this stuff,” Henderson said. “It’s an honor to be considered this, but the work keeps going and this is ultimately a stepping stone.”

“I felt like the beginning of the year, being able to establish it early and have the confidence going through the full year was the biggest thing,” Henderson said. “Just having the good start and then just rolling off of that.”

Since arriving in the majors at the end of August, Henderson holds a .269 batting average with four homers and an .830 OPS. In his first appearance at Fenway Park on Monday, Henderson clobbered the hardest hit ball of his career (111.1 mph) 428 feet to center field to break out of the first minor slump of his career.

Henderson, a Selma, Alabama, native, was selected by Baltimore in the second round of the 2019 draft. He joins catcher Adley Rutschman and outfielder Kyle Stowers in the majors this year — Baltimore’s first and third selections in that draft — and represents a strong pillar for the future of the Orioles.

“From what I’ve seen up here is that this guy’s got a chance to be extremely special,” manager Brandon Hyde said. “The fact of how he can play defense and the way he can handle the bat with power, his running ability, we’re really excited about him and his future.”

Henderson is the second Orioles player to win the top honor from Baseball America, joining catcher Matt Wieters in 2008. Since 1981, the award has been given to one minor league player judged by a Baseball America panel of experts as having had the most outstanding season.