Todays Though > News > Orioles move within game of .500 with 9-5 win over Angels; 8-game winning streak is longest in single season since 2005 – Boston Herald
News

Orioles move within game of .500 with 9-5 win over Angels; 8-game winning streak is longest in single season since 2005 – Boston Herald 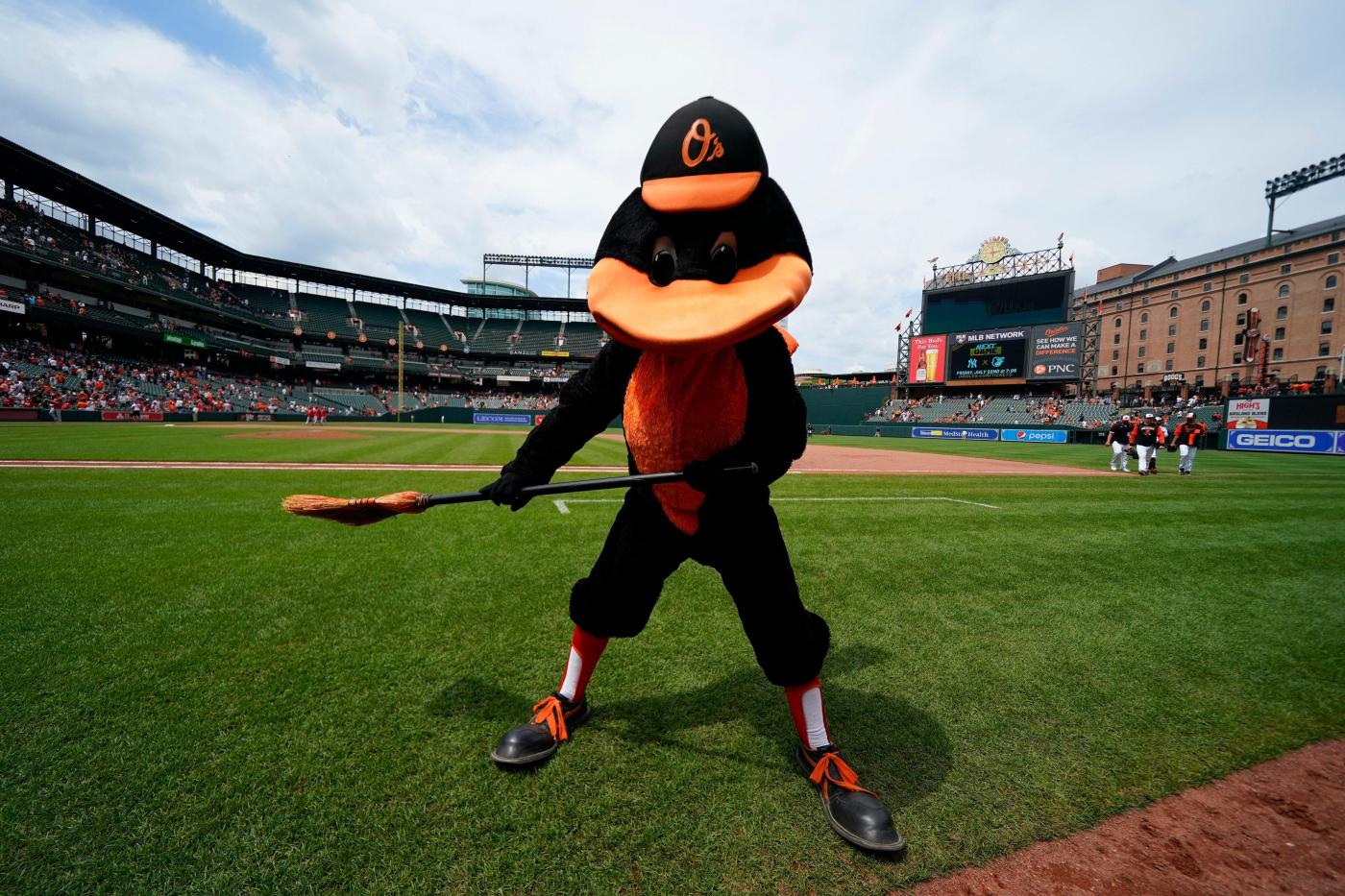 Not so long ago, the errors seen at Camden Yards in the fifth inning would’ve likely been seen with the Orioles in the field rather than at the plate. On Sunday afternoon, though, the myriad mistakes were courtesy of the Los Angeles Angels, part of a second consecutive four-run inning for Baltimore.

There was the error, the balk, the passed ball and the wild pitch. In all, the collapse from Los Angeles left the Orioles in a position they have rarely been in since 2018, when the rebuild began in Baltimore. All these years later, as the positive energy compounds into the Orioles’ first eight-game winning streak in a single season since 2005, the lucky breaks are suddenly becoming more routine, more anticipated.

In that fashion, the Orioles closed out a second straight series sweep, taking the fourth game from the Angels with a commanding 9-5 victory in front of 19,521 fans at Camden Yards.

“This is a really fun team,” manager Brandon Hyde said. “There’s a lot of energy, guys really like each other. They’re a very, very tight group. It’s fun right now.”

With an eighth straight win, the Orioles (43-44) are the hottest team in baseball. And on top of a floppy hat giveaway and Hawaiian shirt giveaway Saturday, the winning has contributed to more fans in the seats.

Over the last three days, the Orioles have announced a combined attendance of 79,621 fans — an average of 26,540 per game. That’s the most average fans at Camden Yards in a three-game span since averaging 28,771 fans between April 15 and April 17, according to Baseball Reference.

“It’s crazy,” Ryan Mountcastle said. “It seems like each and every day we’re gonna go out there and we’re gonna win. It’s just this weird aura, vibe, I don’t know what’s going on. But it’s awesome.”

Before Sunday, the plus-10 run differential for Baltimore over its seven-game win streak was indicative of the team’s pitching staff largely keeping them in games. But that pitching staff finally had some breathing room behind an offensive eruption in the middle innings.

The pitching Sunday was again solid, with right-hander Austin Voth allowing a two-run homer to Monte Harrison in the third inning before the offense came alive and scored nine runs across three innings. Voth stretched out to cover five innings with six strikeouts on 76 pitches, his longest outing since he was claimed off waivers from the Nationals last month.

“We swung the bat extremely well, but Voth was awesome,” Hyde said. “For me, the most important inning was the fourth. Once we scored four, to be able to shut down the fifth … was huge.”

Beyond the blast off Voth, Los Angeles narrowed the score off newly-promoted right-hander Rico Garcia, who allowed a two-run home run by Max Stassi in the eighth.

Those runs did little to rattle Baltimore, which built an 8-2 lead after four-run fourth and fifth innings. Mountcastle hit his 24th extra-base hit since June 1, a total that leads the league. And Ramón Urías led the Orioles with three RBIs to keep the streak going.

That allowed the Orioles to close within one game of .500, sweeping a homestand of seven games for the first time since 2004.

“In 2019, what we had [with the Nationals] was good chemistry,” Voth said, referencing the year Washington won the World Series. “Guys just coming together and being able to joke around and play well. And I’m starting to see that here.”

The first three innings for Jose Suarez couldn’t have gone better. The Angels left-hander had mowed down Baltimore in order before one pitch got away from him in the fourth.

When his four-seam fastball grazed Trey Mancini’s thigh, the innocuous miss turned into something great. Suarez managed just one more out before he was replaced. Mountcastle’s double off the right field fence drove in Mancini, and two walks set up a two-run single from Urías and an RBI base knock from Rougned Odor.

“Seeing the guy a second time [through the order], we seemed like we were on his pitches, especially early in that fourth inning,” Mountcastle said. “We got out to a decent lead and our bullpen kept us in it.”

When Voth arrived with the Orioles last month, he was a relative unknown. Hyde had watched him out of the bullpen for the Nationals during Beltway Series games, and he knows some people within Washington’s organization, but the Orioles manager didn’t know how Voth would fit into Baltimore’s pitching staff.

With his five-inning performance Sunday, though, he’s carving out a role as a starter — a role he has sought throughout his career, even as circumstances in Washington often left him as a long reliever.

“He wants to start,” Hyde said. “He’s really appreciating this opportunity and he’s going for it.”

The pitch mix from Voth impressed Hyde on Sunday, with a curveball and cutter adding to a four-seam fastball that drew eight whiffs.

Voth faced traffic on the bases in the fifth inning, with a pair of singles and a wild pitch putting runners into scoring position. But Voth dialed back to strikeout Harrison before forcing Taylor Ward into an inning-ending groundout, capping his longest appearance this season.

“I’m settling well,” Voth said. “Each start, I feel like I’m progressing, getting better. I’m throwing more pitches and they’re kind of expanding me out and allowing me to go deeper in games, and that’s the goal.”

>> Outfielder Austin Hays missed Sunday’s game due to wrist soreness, Hyde said. The Orioles are off Monday and head to Chicago to face the Cubs on Tuesday.

>> Left-hander Bruce Zimmermann was optioned to Triple-A Norfolk after throwing one inning Saturday. Hyde said Zimmermann will return to the rotation for the Tides.