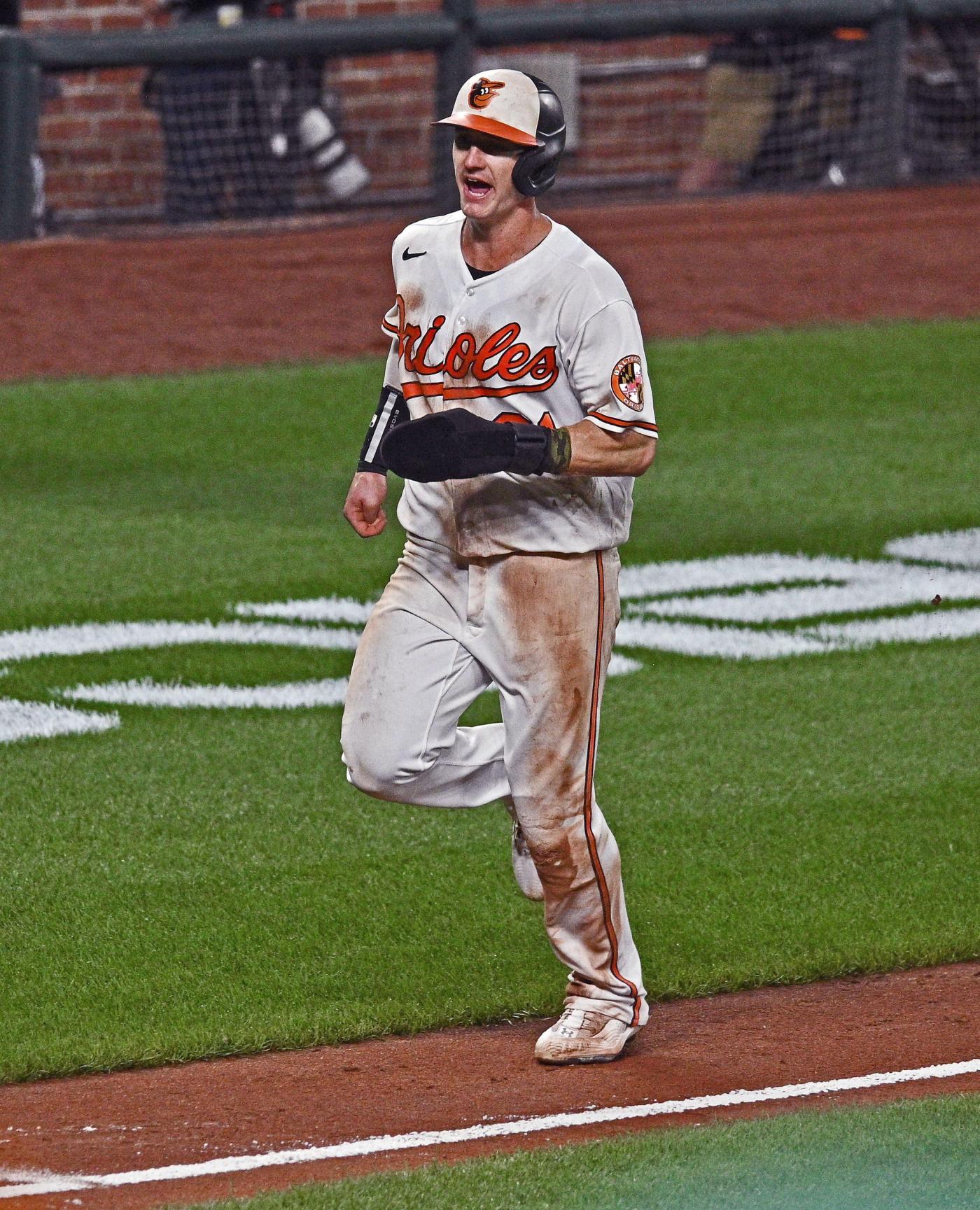 To Orioles outfielder Austin Hays, the imbalance of his 2022 season is best ascribed to that of his hitting mechanics.

Hays was Baltimore’s most productive hitter through the season’s first three months, culminating with a cycle June 22 against the Washington Nationals that raised his batting line to .287/.347/.482. But the next day, he injured his right wrist on a dive across the right field line in Chicago, an injury that began a downswing that continued through the end of the year. After his cycle, the 27–year-old hit .210 with a .624 OPS, more than 200 points below the previous stretch.

“I felt like I did a good job every day of coming in and preparing for who was on the mound, developing a strong plan with our hitting coaches of what I wanted to do that day to try to get the best of whoever was on the mound,” Hays said. “But at times, where I was mechanically wasn’t allowing what I was trying to do out there to show up.”

In examining the tape of his season’s juxtaposing halves, Hays discovered that in the latter, he began leaning toward the pitcher too early. The shift in weight toward his left leg caused him to open up too soon, prompting a flattened swing that went around the ball instead of driving it.

“I’ve got a good understanding of why I was going really good and then why I went through some tough patches,” Hays said. “My body started to swing really before I’ve decided to swing, so then that leads to my pitch selection being not as good as it was when I was balanced and fouling off a lot more pitches that are in the heart of the plate, getting to two strikes more often, and then seeing nastier stuff with two strikes.”

He’ll spend this offseason at home in Florida working to rediscover the proper balance and make it sustainable for a full season, hoping to address an issue that caused his percentages of foul balls, pitches seen with two strikes and strikeouts to increase after his cycle. Before, he felt he was driving the pitch he was looking for when he got it. Through the cycle, Hays’ average exit velocity of 89.6 mph ranked 15th among the 40 players who put at least 199 balls in play during that span, according to Baseball Savant. It dropped to 85.6 mph afterward, the 18th lowest out of the 137 players who made contact at least 200 times.

“When I was in a more balanced position, I’d get the pitch that I want and the pitch that I’m looking for, I drive it — whether it’s a hit or not, I hit that pitch hard, it’s in play and the at-bat is over,” Hays said. “I was doing a lot of that earlier in the year, and it was just inconsistent with being able to do damage on the pitch that I should do damage on in the second half.”

The dichotomy of Hays’ season is perhaps best defined by him getting multiple starts in every spot of manager Brandon Hyde’s lineup but ninth. In a stretch of 57 starts from April 27 to July 3, he batted lower than cleanup only once. He then spent more games out of the starting lineup (16) than in its top four spots (10) after the 162-game season’s midpoint.

But he took the consistent ability to be in the lineup as solace in his season. After breaking into the majors late in 2017, Hays began to build a reputation as injury prone as he missed extensive time with ailments in each of the next four seasons. He was on the active roster all of 2022, though, and hasn’t had an injured list stint since June 2021.

Arbitration eligible for the first time this offseason, Hays is due for a raise but could also be a non-tender candidate, given the Orioles could give increased playing time to one outfield prospect who has already arrived in Kyle Stowers with another who could soon reach the majors in 2021 first-rounder Colton Cowser. But despite his late-season struggles, Hays was effective enough early that he still ranked as an above-average offensive producer by both OPS+ and weighted runs created plus, both of which measure a hitter’s performance relative to the league.

“Overall, I am happy with my season because I was able to set career highs in games played this year, and that was my No. 1 goal moving forward,” Hays said. “I was just going to be on the field every day, show up ready to play, play to win and see where the numbers were at the end of the year.