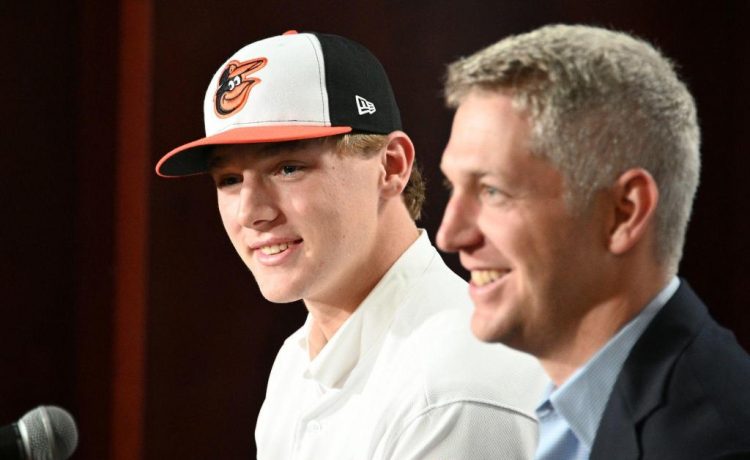 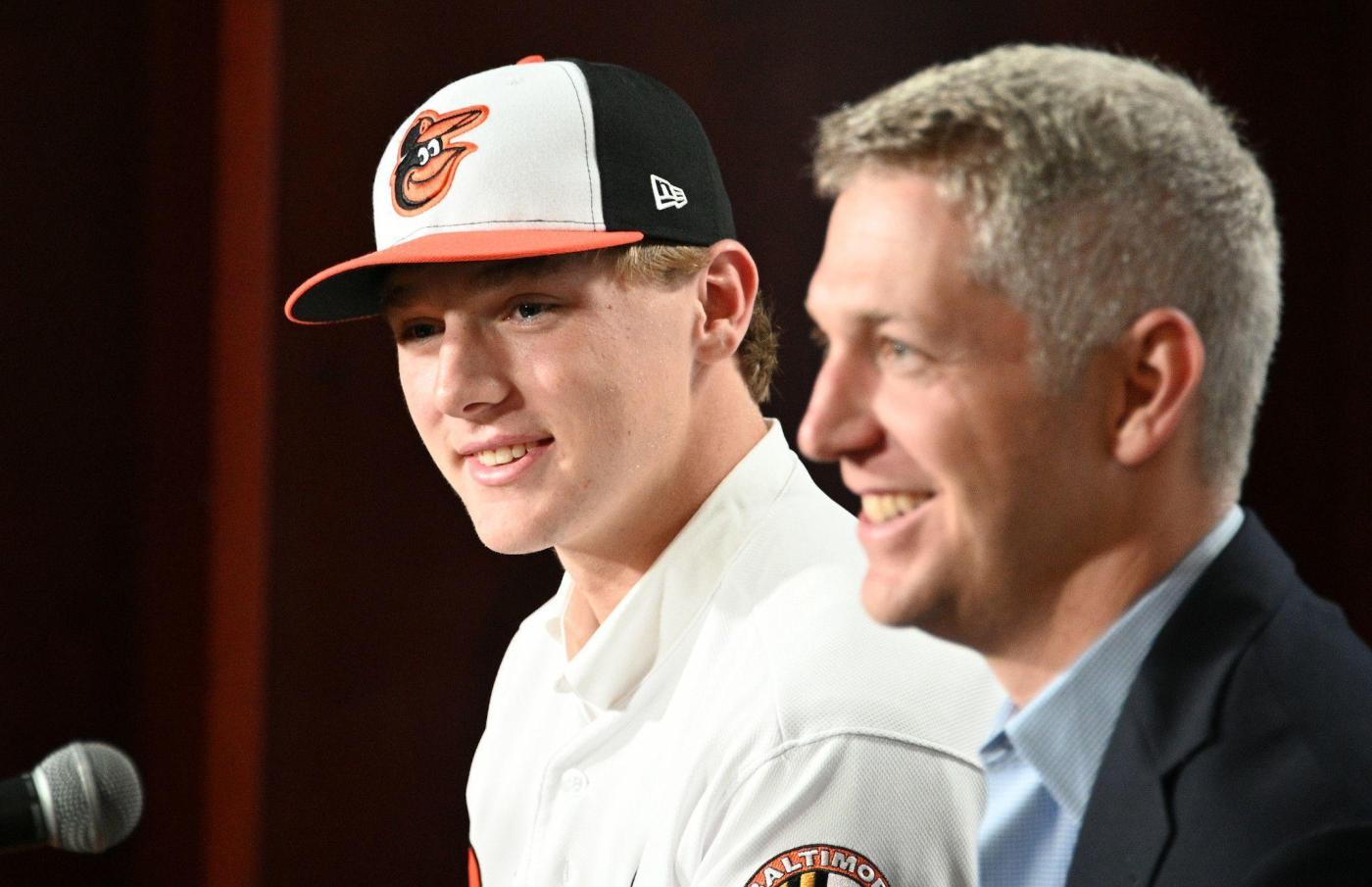 For the second time in 2022, the Orioles have promoted baseball’s No. 1 prospect to the majors.

Gunnar Henderson, whose emergence in the upper levels of the Orioles’ minor league system made him the sport’s top prospect according to Baseball America, will join Baltimore on Wednesday as the club continues its surprise playoff push.

Henderson, a 21-year-old infielder, becomes the second No. 1 overall prospect the Orioles have promoted this season, joining catcher Adley Rutschman. They were Baltimore’s first two draft picks under executive vice president and general manager Mike Elias, with Rutschman taken first overall in 2019 and Henderson going in the second round of the same draft. Baltimore’s third pick in 2019, outfielder Kyle Stowers, had his contract selected earlier this month.

Henderson has undergone a rapid rise through the minor leagues this season, representing the Orioles in the MLB All-Star Futures Game. Between Double-A Bowie and Triple-A Norfolk this year, Henderson has posted a .297 batting average and .947 OPS with 19 home runs, 79 walks and 116 strikeouts. However, his strikeout rate with the Tides has risen to 26.9%. He has yet to face a pitcher younger than him, and it’s doubtful that will change in his stint in the majors.

Henderson has primarily split his time between third base and shortstop this season, likely making him an option at either spot for Orioles manager Brandon Hyde. But in recent weeks, he’s also made starts at first and second base, with that versatility sure to be valuable to a Baltimore team within three games of a wild-card spot.

“He’s a guy that can play shortstop, and he’s a guy that can really play third base,” Elias said Friday. “And obviously, I think his long-term career over the next 10 or 15 years, it’s going to be on the left side of the infield, but with the way that this team is presently composed, with us having a right-handed-hitting first baseman [in Ryan Mountcastle], there’s just a lot of things that in the very, very short term, I think would benefit him and us if he’s able to play a little bit on the right side of the infield, so we’re giving him that footage as quickly as possible.”

Henderson’s rapid ascent to top prospect status and the majors is a credit to both him and the Orioles’ player development staff. After the coronavirus pandemic canceled the 2020 minor league season, Henderson spent what should have been his first full professional season as the youngest player at the Orioles’ alternate training site in Bowie, facing pitchers who had already reached the majors or were the organization’s top minor league arms.

He started the 2021 season impressively with Low-A Delmarva before his bat cooled with High-A Aberdeen. He joined Bowie late in the year, building on that experience for a breakout campaign in 2022.

The Orioles did have some concerns about his performance, notably an increase in strikeouts after his move to Norfolk and struggles in left-on-left matchups compared to his success against right-handed pitchers. But those proved minute in the end.

“It’s kind of a tough thing to be too critical about with him because he’s doing so well at his age and being by far the youngest player in Triple-A and not starting the year in Triple-A, that I don’t want to nitpick aspects of his performance from that,” Elias said. “What he’s doing in Triple-A right now bodes very, very well for his future.”

Now, his bat will be in the Orioles’ lineup as they strive to secure their first playoff berth since 2016. By waiting until now to promote Henderson, Baltimore ensured he will fall short of 45 days of service time this season, allowing him to retain his rookie eligibility in 2023 if he also records fewer than 130 regular-season at-bats for them. Should he begin next season on the club’s opening day roster, Henderson could secure extra draft picks for the Orioles by finishing highly in major award voting early in his career, a prospect promotion incentive added to MLB’s collective bargaining agreement this offseason.