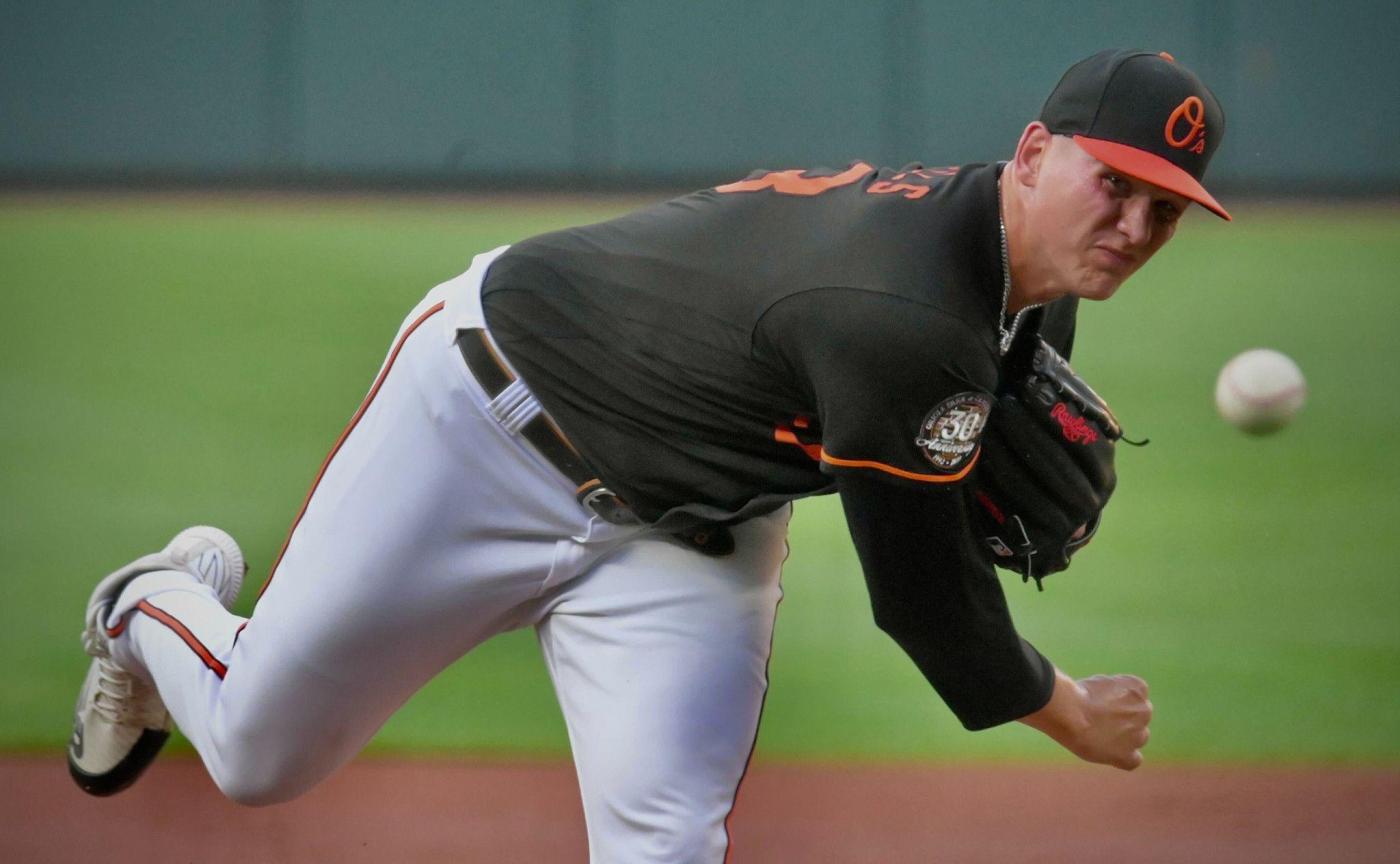 Tyler Wells can imagine that the conversations got old for Jordan Lyles. They started different ways but often concluded in much the same fashion, with the veteran right-hander telling his Orioles pupil an absolute truth in baseball.

No matter how much a pitcher might wish it wasn’t the case, there’s no getting around the fact that he won’t have his best stuff — command, velocity, mound presence — each and every start. And they must learn to be OK with that.

“To me, that’s really frustrating,” Wells said. “Because I want my best stuff. I want to be consistent at my best.”

That word — consistent — cropped up time and again throughout a late-season conversation with Wells, the 28-year-old right-hander who made his return to the starting rotation after several seasons interrupted by injuries. He made his major league debut last season in the bullpen, entered 2022 unsure of whether Baltimore envisioned him as a starter or reliever and then completed 103 2/3 innings with a 4.25 ERA.

When Wells looks at Lyles, he sees in some ways what he aspires to become. Lyles pitched 179 innings this year for the Orioles. Even on his off days, Wells would watch Lyles gut through six innings — and he was inspired.

“It’s something to push myself toward,” Wells said. “I want to be able to go deeper into games and be able to handle that kind of workload. It makes me really excited in that aspect to continue to push myself and know there’s so much more to chase. I feel like I showed glimpses of what I’m capable of as a starter this year, and now I want to make it a consistent thing. That’s where my offseason is leading: How can I consistently be the best version of a starting pitcher that I can be?”

If there’s a single game Wells wants to emulate over the course of a season, it’s his performance against the Minnesota Twins on July 3, when he allowed three hits and one run with a season-high seven strikeouts across six innings. In June and July, there was a stretch of five starts in which Wells worked at least five innings and allowed a combined six runs.

Those spurts are what Wells hopes to elongate over a season. But to do so, he feels his biggest offseason priority is to increase his durability and endurance. His season was cut short with right shoulder inflammation, and he missed time in August due to an oblique strain.

That, plus the innings limit Wells faced due to his 2019 Tommy John elbow reconstruction surgery, were hindrances for building endurance. He also didn’t know at the beginning of last offseason whether he should prepare as a starter or reliever, which influenced his workouts.

“I plan on pushing my body to a different level this offseason,” Wells said, including additional weightlifting and running. “I’m not going to try to run a marathon, but I certainly want to try to get to a point where I don’t have any issues come September.”

Or beyond. Baltimore could add to its pitching corps this offseason, bolstering a rotation that includes the high-potential young arms of Kyle Bradish and Dean Kremer. Prospects DL Hall and Grayson Rodriguez will compete for a place, and there’s potentially an extra spot with the Orioles declining Lyles’ $11 million option on Wednesday. Left-hander John Means is recovering from Tommy John surgery.

Wells has seemingly cemented his place in the rotation, however, even though his ERA+ finished at 94 (100 is average for a pitcher, and the higher the rating, the better). The 2.43 walks per nine innings Wells allowed were the fewest of any Orioles starter with at least 80 innings.

That’s all promising for a pitcher who doesn’t want to “reinvent the wheel” this offseason when it comes to his pitch mix. Wells is satisfied with how his four-seam fastball, curveball, slider and changeup played when at their best. What he’s not as satisfied with is how they weren’t always at their best.

That’s pitching, though, as Lyles consistently reminds Wells. In one start, Wells felt he had “zero control” of his pitches, but when he looked up at the scoreboard following four innings, he realized he hadn’t allowed a hit yet.

In those conversations with Lyles, Wells has begun to grasp the concept of gutting out a start. And it’s where Wells hopes to make the biggest leap this offseason, finding a consistency that will propel him from glimpses of dominance to something more.