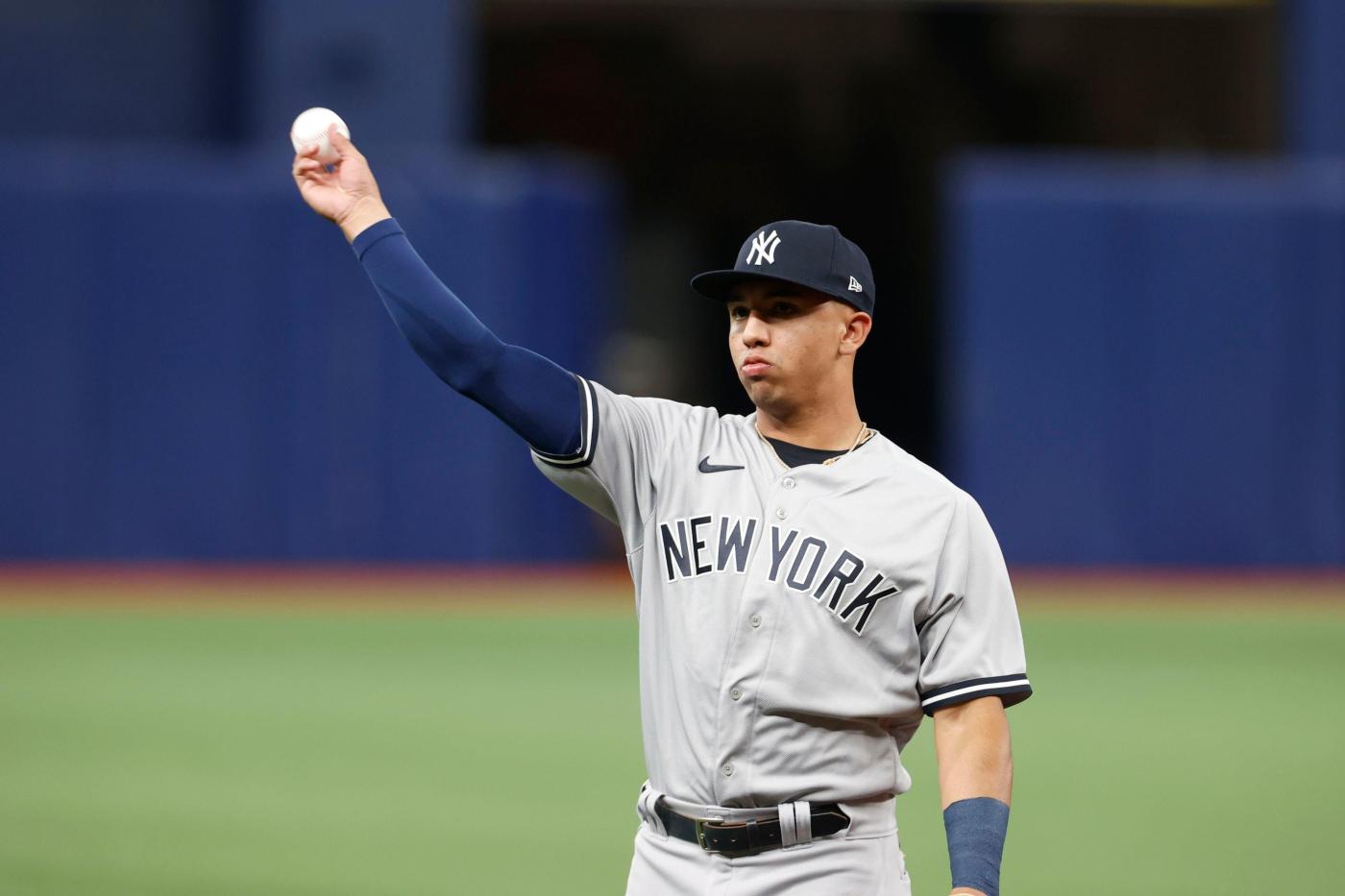 HOUSTON — Oswald Peraza got his first playoff start on Thursday night. The shortstop made a pinch running appearance Wednesday, but he was the starting shortstop for Game 2 of the American League Championship Series against the Astros.

“Yeah it was my toughest call,” Yankees manager Aaron Boone said of using the rookie instead of Isiah Kiner-Falefa Thursday night. “I ended Framber [Valdez] being so groundball heavy. Izzy faced him a lot, put it on the ground a lot against him. I just felt like Peraza’s got a little more chance of getting it in the air against him. So I thought Izzy looked good yesterday, so this is just a matchup thing.”

That and the way Peraza handled himself was enough to impress Boone.

“I was curious how he was going to be. I liked what I saw the whole time. He was just prepared and was good when he had his opportunities,” Boone said. “Whether that was not playing a handful of days, many get in there a couple of days in a row. Because work was really good. Nothing seemed to really overwhelm them. He impressed me and I was really excited to have him for that final month. I just thought it was good for him. To be in the environment, be around it. But not only did he play pretty well, but he yeah, I just liked everything about it. So, I feel good about putting them in there with infielders.”

Kiner-Falefa, who started Game 1, will be available on the bench as Peraza takes his spot Thursday night.