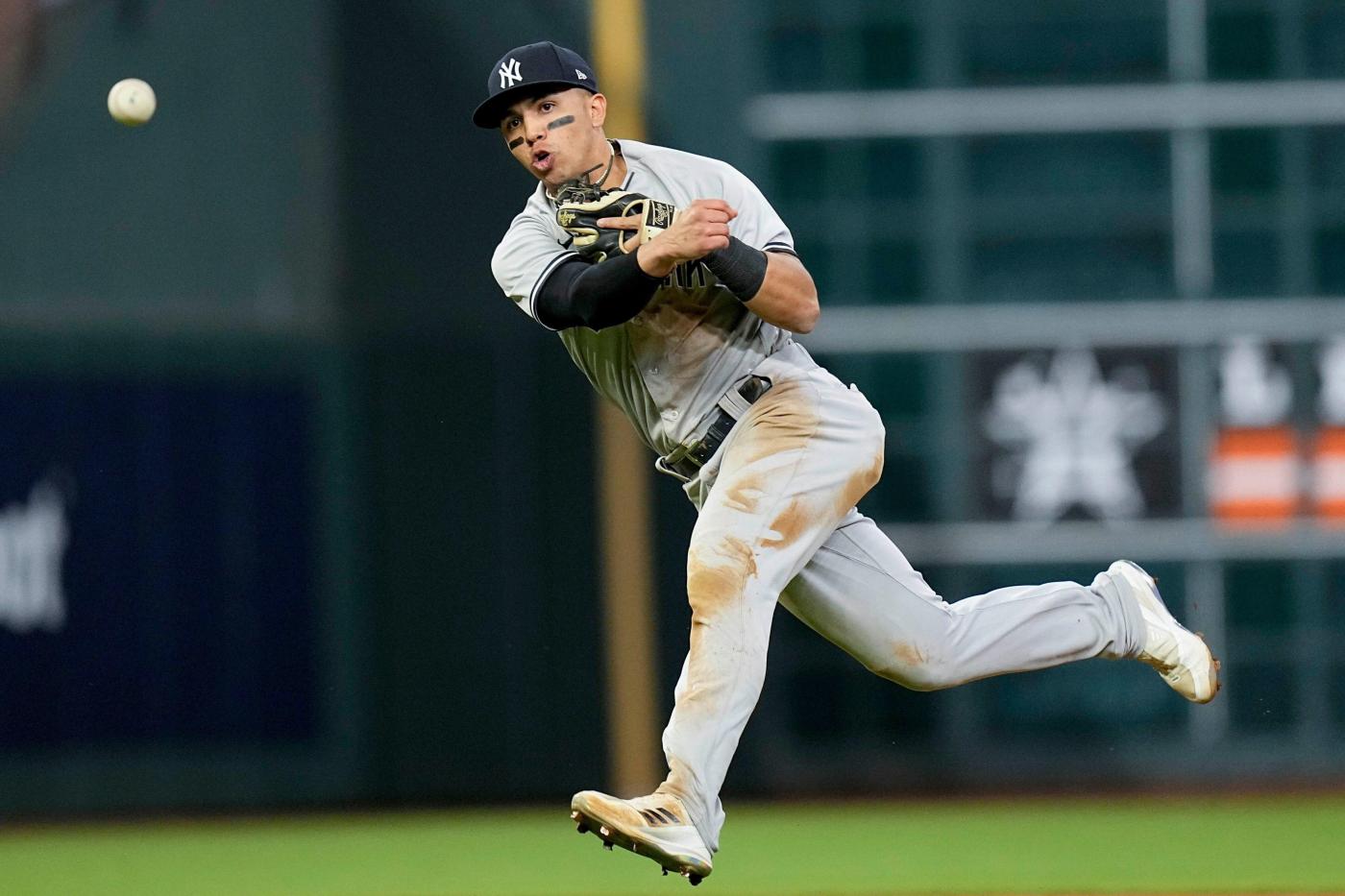 The Yankees might have solved their shortstop problem with Oswald Peraza. In his limited postseason appearances, the rookie has proven to be an above-average defensive shortstop. He’s no longer the shortstop of the future, he’s the shortstop of now.

Never was that more apparent than in Game 2 of the ALCS on Thursday at Minute Maid Park. In the first inning, Peraza made a dazzling defensive play to rob Jose Altuve of a hit. In the seventh, he made a play to get Chas McCormick out and aided Gleyber Torres and Anthony Rizzo with an inning-ending double play. Altuve hit a screamer to Torres, who fielded it from the ground and flipped it to Peraza. He made an off-balance, spinning throw to Rizzo and the first baseman made a fantastic pick to complete the double play and keep the Yankees within striking distance down just one run.

Defense has to be prioritized with the Yankees down 0-2 to Houston in the series.

For the last two years — if not longer — we’ve heard about the Yankees’ two stud shortstop prospects, Peraza and Anthony Volpe. The club has been so high on them that they stayed away from making any deals for a middle infielder in free agency last winter, despite the fact that it was a historically good shortstop class. Instead, the Yankees traded for Isiah Kiner-Falefa in a deal with the Minnesota Twins that included third baseman Josh Donaldson and catcher Ben Rortvedt. This was a stop-gap measure, addressing the present with an eye toward the future.

Offensively, Kiner-Falefa was fine. Defensively, he seemed to develop a case of the yips in high-pressure situations. Still, the Yankees preferred to play the 27-year-old over Peraza in the final month of the season for his experience. Kiner-Falefa was also the preferred shortstop in the ALDS against the Guardians, but after failing to convert grounders into outs in Game 3 he was benched in favor of Peraza.

It proved to be the correct decision with tight scores in Games 4 and 5 and the margin for error is just as thin — if not thinner — against the Astros. Manager Aaron Boone went back to Kiner-Falefa in Game 1 because of the matchup against Verlander and said he would continue to go day-by-day with two depending on the pitching.

However, Peraza has yet to get a hit in the postseason. He went 0-for-3 on Thursday. The Yankees had a chance to get his bat ready in the regular season but they gave the starts to Kiner-Falefa. This decision will undoubtedly be rehashed at a later date, but for now, it’s clear that Peraza is the best option at shortstop.