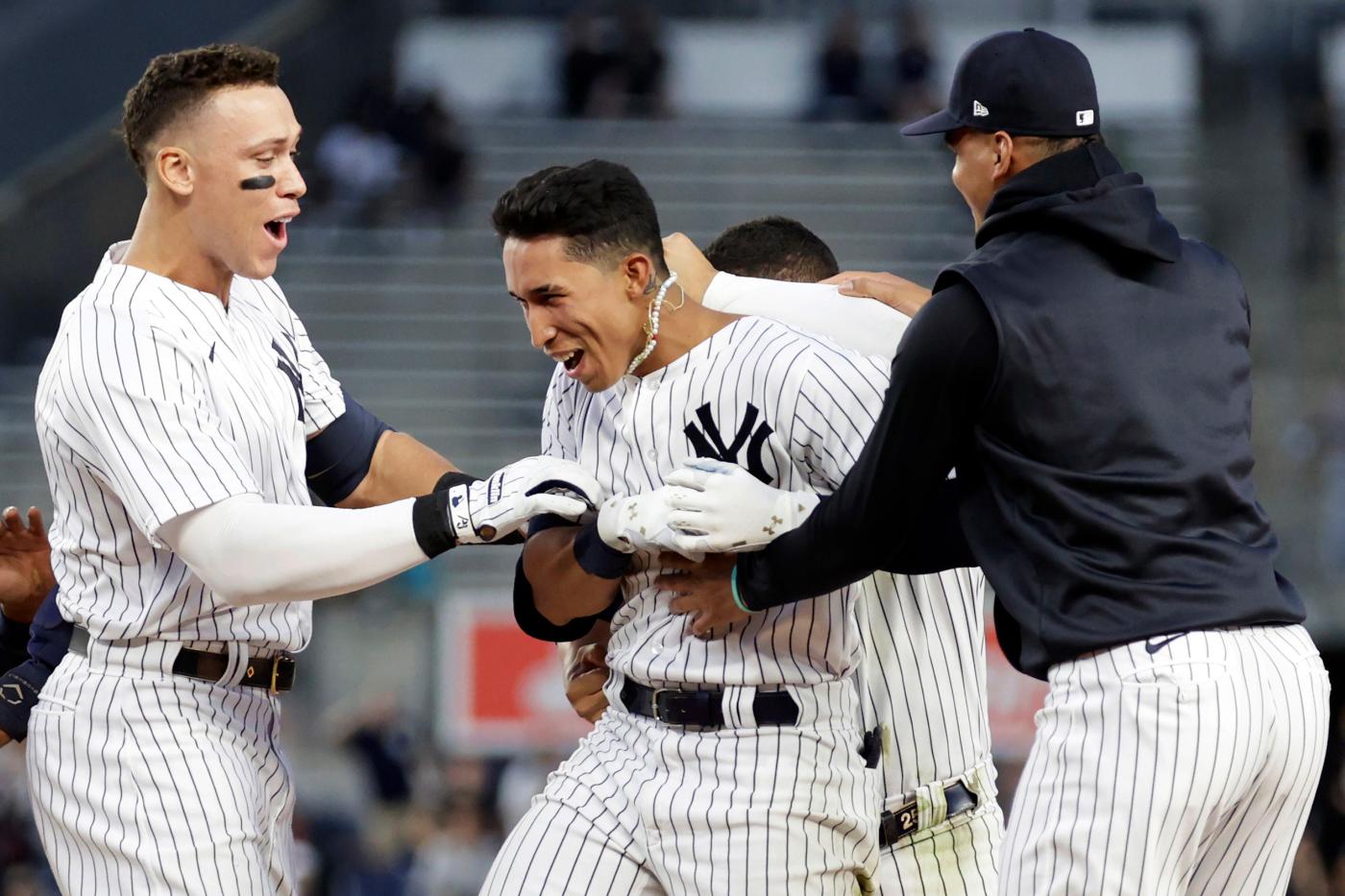 Aaron Judge got one home run closer to Roger Maris, Gerrit Cole mowed down the Twins with 14 strikeouts and the decimated Yankees swept a doubleheader in the Bronx.

The extra innings were a mind-numbing display of offensive ineptitude from the Yanks and Twins, who squandered multiple opportunities before Oswaldo Cabrera ended the four-hour clunker with a game-winning RBI single in the bottom of the 12th.

The second victory over the Twins, 7-1, was cleaner. It turned on a fourth-inning grand slam by an unlikely power source, Isiah Kiner-Falefa, providing a crisp Cole all the cushion necessary for his 11th victory. The ace allowed five hits and one run – a Carlos Correa solo shot – over 6 2/3 innings, striking out over half the batters he faced.

Judge, meanwhile, became just the third player in MLB history to hit 55 homers through his team’s first 136 games, joining alleged steroid titans Sammy Sosa (58 in 1999) and Barry Bonds (57 in 2001). The 30-year-old also surpassed Alex Rodriguez to set the franchise record for most homers in a season by a right-handed hitter.

His solo shot in the first game just cleared the left field fence off Louie Varland’s slider, moving Judge within six homers of Maris’ 61-year record. It was one of the few times Judge got to swing the bat Wednesday. The Twins intentionally walked him four times, showing little respect to the rest of the lineup and, in particular, the struggling third hitter Gleyber Torres.

Judge, the MVP candidate, finished the doubleheader 1-for-5 with five walks and three strikeouts. Aaron Boone said he understands the opposition won’t give Judge many opportunities to beat them, adding pressure to his teammates to produce.

Without those heavy hitters in the Yankees’ lineup, Boone cobbled together lineups Wednesday with inexperienced youngsters. It showed in the first game, especially in the extra innings.

The worst execution came courtesy of first baseman Ronald Guzman, who made his MLB debut and grounded into a weak 3-2-3 double play with no outs and the bases loaded in the 11th inning. In the previous inning, Cabrera hit into a double-play and stranded Judge in the batter’s box. Luckily for Boone’s squad, the Twins were just as sloppy and never responded.

Yanks starter Domingo German endured a rocky beginning, giving up a leadoff double to Luis Arraez and a two-run homer in the first inning to Jose Miranda. German settled down and managed six innings with three runs and seven hits.

In the second game, the Yanks had Cole doing ace things.

There’s hope Rizzo’s headaches will subside in the next couple days, but the Yankees officially placed the first baseman on the IL on Wednesday, retroactive Saturday.

Boone said the doctor advised Rizzo to avoid activity until Thursday afternoon as they determine the source of the headaches, which may have been triggered by an epidural Rizzo received last week to treat his lower back.

Boone said Rizzo was fine while lying down but the headaches flared when he was at the plate. His absence Wednesday prompted the Yanks to call up Guzman from Triple-A and bat him fourth in the first game.