Todays Though > News > Outlook for the deficit remains dire
News

Outlook for the deficit remains dire 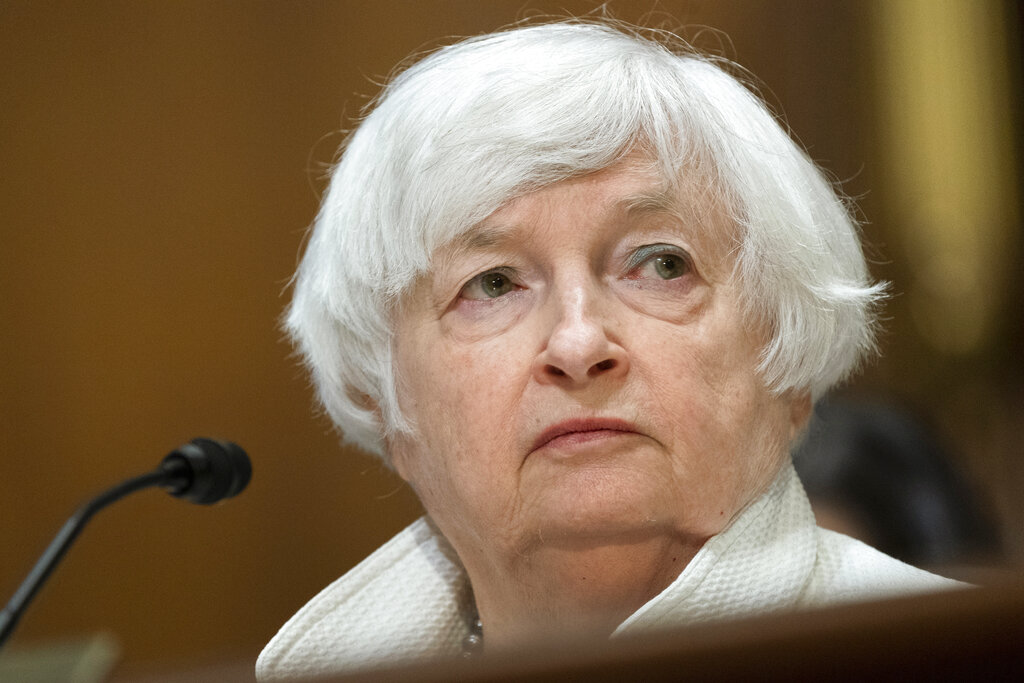 Here’s a fresh entry in the file of misleading half-truths from politicians who surely know better: Treasury Secretary Janet Yellen recently touted how the Biden administration is on track to cut the federal budget deficit by $1.5 trillion this year.

Yellen is an economist with a Ph.D. and the former chair of the U.S. Federal Reserve and Council of Economic Advisers. Yet she left unsaid the other half of the equation: The deficit is indeed plunging this year, but only because the COVID-19 relief spending that sent it soaring in the previous two years is expiring.

More importantly, and also unsaid by Yellen, the long-term outlook for the deficit remains dire.

Without a drastic change in direction, the deficit will soar to the point that it enfeebles the country and hamstrings future generations.

That unfortunate truth can be downloaded in black-and-white from the Congressional Budget Office. Every year, this nonpartisan agency projects the deficit and other key budget indicators, based on current laws governing taxing and spending.

No surprise, the news from CBO is horrifying.

If Congress keeps going the way it has been for the next 30 years, the U.S. will be severely limited in its ability to respond to crises, defend itself and otherwise keep its financial commitments.

For decades now, the government has spent more money than it takes in. Except for brief interludes when it reports a temporary surplus, deficit spending has been the rule, and it’s getting worse.

In the coming 30 years, the U.S. is on track to overspend at roughly double the pace of the past half-century, the CBO reports.

Just like a household, the government goes deeper into debt when it overspends year after year, and the amount borrowed in relation to economic output is also expected to nearly double over that 30-year period the CBO examined. To service its debt, the government will be obliged to pay more and more in interest payments, much of it to foreign investors such as China, which leaves less for other priorities.

The late Charles Schultze, economist at the Brookings Institution and Jimmy Carter’s Chief White House domestic policy adviser, used to compare deficit spending to termites eating away at the woodwork. Someday, the homeowner who ignores the termites will step out on the porch and fall rightthrough. Businessman Ken Griffin made a similar point in an interview published in the Tribune’s opinion section this week.

It’s depressing to think that those in positions of authority who know better are doing nothing to stop the termites.

If you’re from Illinois, this termite analogy probably sounds familiar. Illinois’ public pension systems are on a similarly unsustainable track. Unlike the federal government, Illinois can’t print money and it has less capacity to borrow, so the reckoning will come sooner — and it will surely come, unless those in power change course.

At the national level, Democrats have made no secret of their willingness to tax and overspend, and the GOP’s record is nearly as bad.

During the Obama administration, deficit hawks such as former House Speaker Paul Ryan, R-Wis., warned, accurately, about the trillions of dollars that America doesn’t have — but spends anyway — on entitlements.

He stuck his neck out to propose budget solutions, but he ultimately lost his job. What’s next?

Americans are going to find out unless someone with clout and courage stops this bleeding. — Chicago Tribune