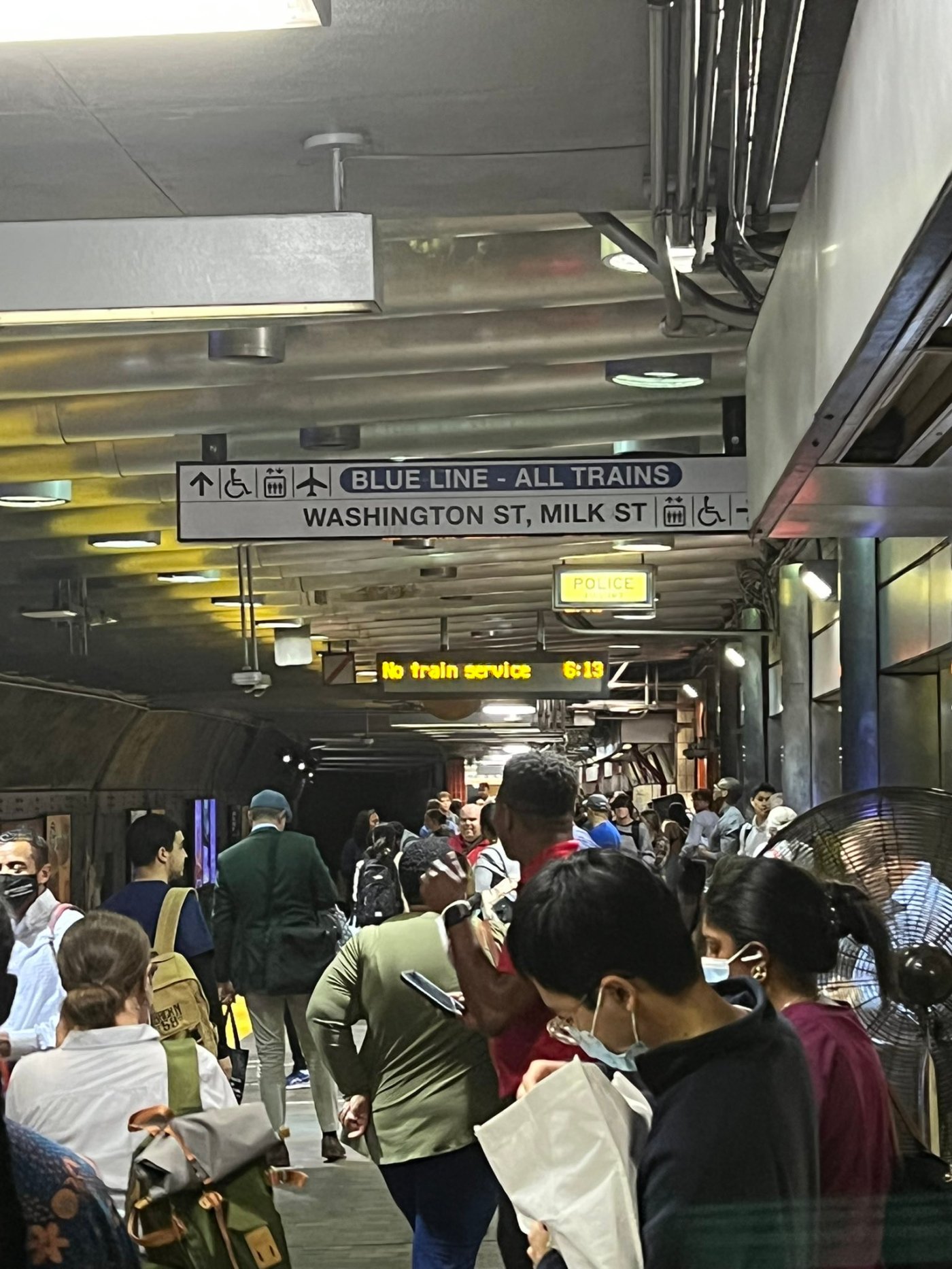 The evening commute was snarled Thursday when service on parts of the Green and Orange lines was suspended due to what the MBTA called a “structural issue” with the Government Center Garage.

Shuttle buses replaced Green Line service between the Government Center and Lechmere stations, and Orange Line service was suspended between North Station and Back Bay, the MBTA said in a tweet shortly after 6 p.m.

“Customers can use Green Line service through downtown,” the T said.

The shutdown caught commuters off-guard, with one Twitter user, Alex DiPrato sharing photos of a crowd of people waiting on a platform, near a sign that states “no train service.”

A 51-year-old construction worker died in late March after the Bobcat he was operating fell nine stories in a collapse at the Government Center Garage.