Todays Though > News > Patrick Wisdom has battled a finger injury and figuring out his approach at the plate. How does the 3B fit in the Chicago Cubs’ 2023 plans?
News

Patrick Wisdom has battled a finger injury and figuring out his approach at the plate. How does the 3B fit in the Chicago Cubs’ 2023 plans? 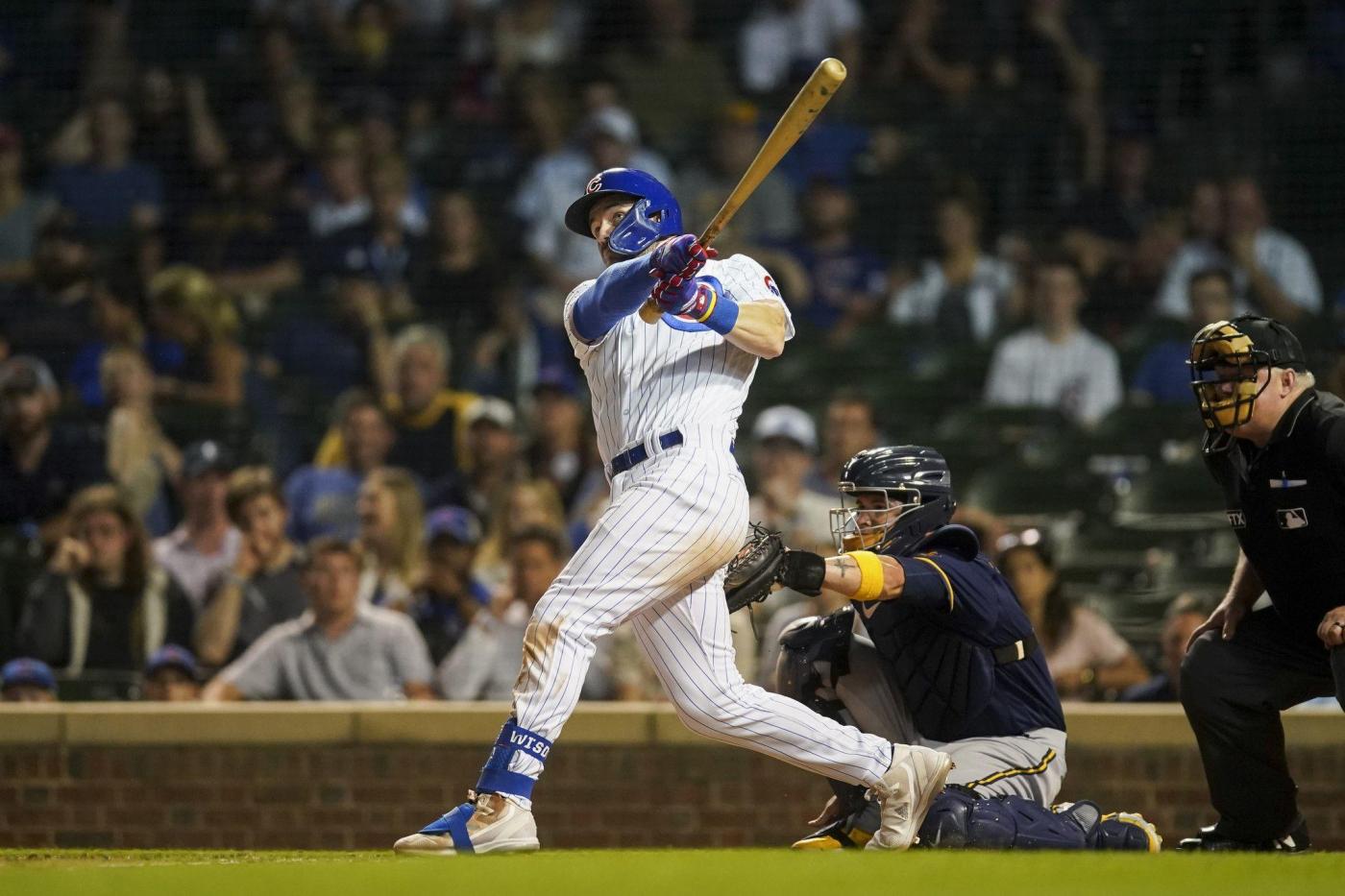 Chicago Cubs third baseman Patrick Wisdom’s season is not ending how he envisioned.

A left finger injury continues to linger, affecting him in nearly every facet of play. Swings and misses, making contact — even putting on and removing his mitt — everything seems to irritate his finger, even after time on the injured list.

“My fingers are in a good spot to get hit all the time,” Wisdom told the Tribune on Tuesday. “There is a conscious thought, like, well, my finger’s killing me and I’m trying to swing and grip the bat and swing my ‘A’ swing every time.”

Wisdom did not start Tuesday in a 2-1 victory over the Miami Marlins and has been in the lineup only once in the last five games. David Bote drove in both runs with a home run and a sacrifice fly after right-hander Adrian Sampson exited, having held the Marlins to one run in six innings.

Wisdom sustained the injury on a headfirst slide into home plate Aug. 20 against the Milwaukee Brewers. X-rays were negative, and he initially tried to play through it. A week later, he went on the IL with a sprained left ring finger.

Despite the Cubs activating him Sept. 10, Wisdom’s finger is still not 100%. He doesn’t expect to need surgery on it after the season but plans to have it re-examined before he departs for his offseason home.

“As baseball players, your hands and your fingers are everything,” Wisdom said. “So it’s just one of those things that I’m trying to get through and try to finish the season strong.”

In limited action since coming off the IL, Wisdom is 1-for-17 with six strikeouts. He doesn’t want his finger issue to excuse his performance, but it’s clear he’s swinging tentatively.

“I want to be in there,” he said. “It’s hard for me to feel that when I just want to be out there every day and play. When it’s not happening, it’s frustrating.”

Wisdom’s overall performance this season has seen highs and lows with two key improvements: lowering his strikeout rate and drawing more walks. His 33.5% strikeout rate is 7.3% lower than last season, while his 10.4% walk rate is nearly two percentage points higher.

“I wanted to become a better hitter, and from my perspective, walking was one of those things I can improve on and I did that,” Wisdom said.

The Cubs wanted to see him cut down on whiffs after 2021, though his home run rate also has dipped along with fewer strikeouts.

“It’s been a lot of trial and error for him this year,” manager David Ross said Tuesday. “He’s made some strides in some areas he wanted to improve and we wanted to improve. I still feel, and I know he feels, like there’s a little more in there. He’s been set back with his finger thing, and trying to play through that at times has been tough as of late.

“I still think there’s a high level of a big-league baseball player in there.”

Wisdom’s biggest takeaway from the season goes beyond statistics. He gained clarity on what to focus on and how he wants to attack at-bats. Last year he felt he went to the plate with a “see ball, hit ball” mentality and a more free-flowing approach that resulted in harder contact.

Contrast that with this season, when Wisdom believes he too often focused on the wrong things, such as trying to figure out his swing plane.

“In season, for me, it was hard to look at that stuff because then I started focusing on that, and next thing I know I wasn’t worried about the pitch or a pitcher and I was beating myself,” Wisdom said. “That’s where I feel like I took a dip. Those kinds of steps ruffled me up a little bit.”

“I was looking at what I wasn’t doing well and how pitchers were going to try to exploit me instead of sticking with what I did really well (in 2021) and what I crushed and hit hard and waiting for a pitcher to give me that. So I’ve had some good moments, but it just felt like I was looking at the wrong thing.”

Wisdom’s fit on the 2023 roster is part of a long list of questions the Cubs must answer during the offseason. The 31-year-old slugger’s numbers, especially his power production, make him an intriguing hitter if he is part of a deeper lineup.

Slotting him in the lower half of the batting order behind contact hitters could provide value. Even with his struggles the last two months, Wisdom owns a 102 OPS+ with 22 home runs and 25 doubles in 122 games. That type of power can be tough to find.

Wisdom’s defensive consistency hasn’t been at the same level as last year, but he can play both corner infield positions. It’s clear Ross sees a lineup fit.

“He’s proven himself to be a major-league player and is a piece,” Ross said. “We know what he is and feel like there’s a lot of value in some of the things he brings to the table. … If we match his skill set up the proper way, he’s really impactful in our lineup.”

Difficult 40-man roster decisions await the Cubs in the coming months. Wisdom feels better positioned than when he entered last offseason. He knew where his standing within the organization should have been given his 2021 numbers, but he didn’t have a good grasp on how the Cubs viewed him for 2022.

“It’s not a knock on the Cubs, but it wasn’t communicated to me,” he said.

It’s a completely different vibe this time as the offseason nears. Wisdom has appreciated more open communication from the Cubs about how they view him for 2023 and is confident he can play a role on what he hopes is a winning team.

“Being able to fit anywhere has really helped me fit in their puzzle, so it’s comforting going into the offseason with that knowledge,” Wisdom said. “But I’ve still got to go out there and prove that.

“That lights more fire in my belly. I want to win, I want to be a part of this winning team and do everything I can.”