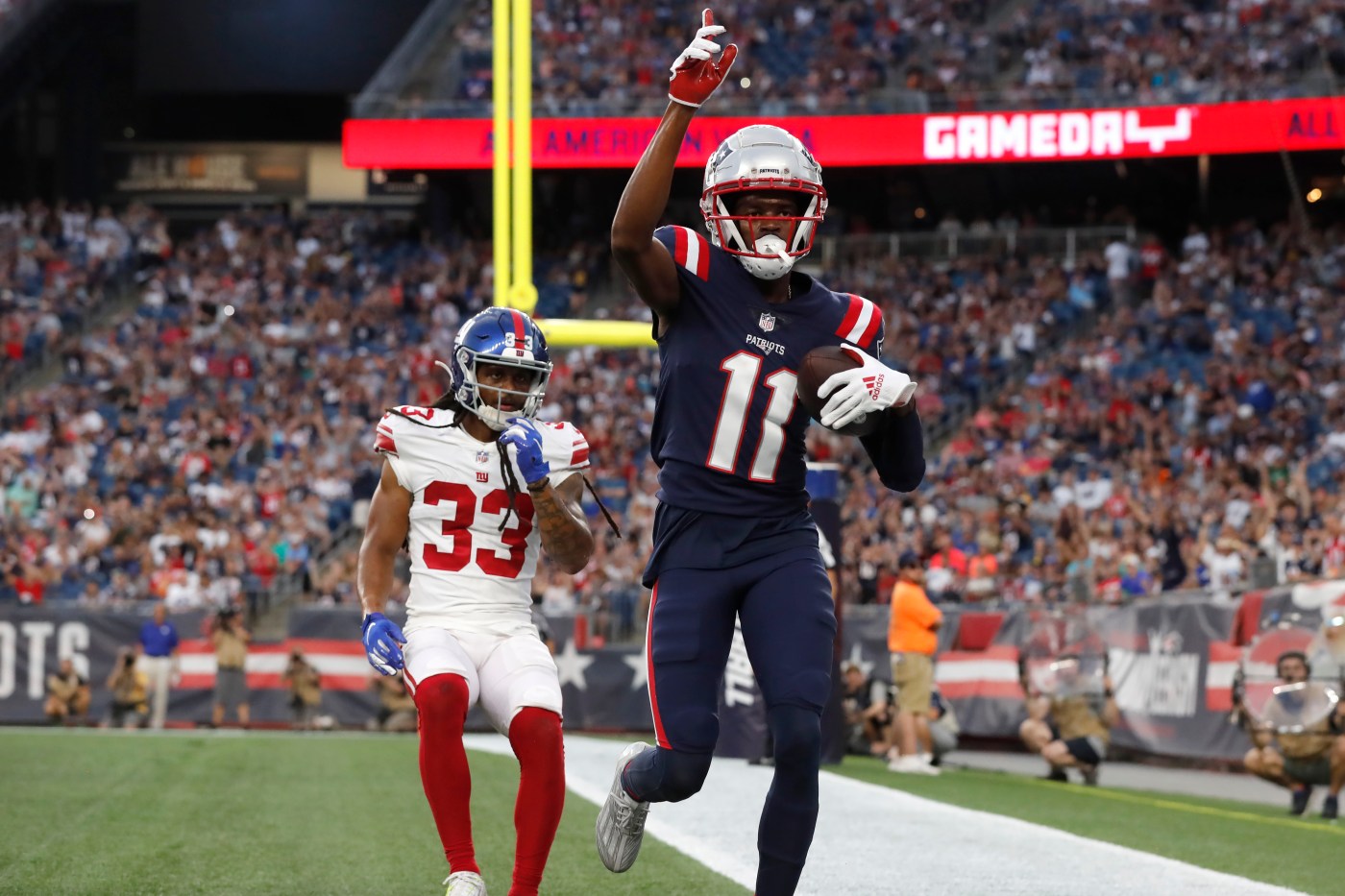 The Patriots activated rookie wide receiver Tyquan Thornton off injured reserve Saturday, setting him up to make his NFL debut Sunday versus the Lions.

Thornton fills the open roster spot created when backup quarterback Brian Hoyer landed on IR with a concussion earlier this week. Thornton was placed on IR in late August after he broke his collarbone during the Pats’ second preseason game versus Carolina. The second-round speedster caught three passes for 22 yards and a touchdown in the preseason. Thornton had slowly been rising up the depth chart before getting sidelined.

He joins a wide receiver depth chart chock full of veterans: DeVante Parker, Jakobi Meyers, Nelson Agholor, Kendrick Bourne and Lil’Jordan Humphrey. Recently, Humphrey has been used as a hybrid receiver/tight end. The 6-foot-4, 230-pounder could kick inside to help offset the loss of tight end Jonnu Smith, who was listed as doubtful on the injury report.

Thornton is the fastest player on the Patriots’ roster, having timed a 4.28 in his 40-yard dash at the NFL combine. The 6-foot-2, 182-pounder also displayed strong ball skills in practice and a wide variety of releases to help him beat press coverage off the line of scrimmage.

In addition to returning Thornton, the Patriots elevated tight end Matt Sokol off their practice squad. The 6-foot-5, 249-pounder has not appeared in a game this season. Like Humphrey, he could help replace Smith or at least provide injury insurance for starter Hunter Henry.

Sokol has never caught a pass in his four-year NFL career.