Patriots could be without center David Andrews against the Jets 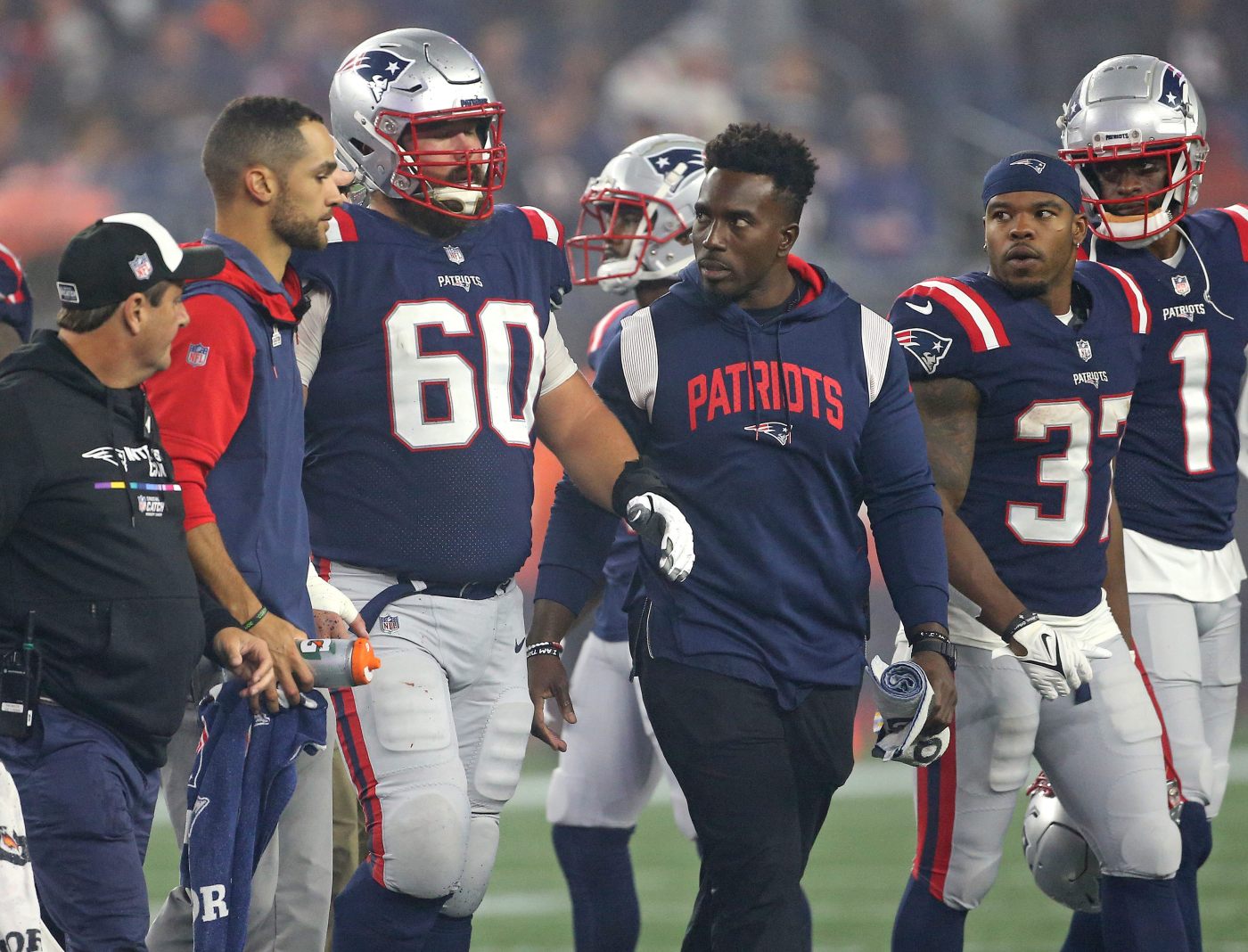 Patriots center David Andrews is in concussion protocol as a result of getting leveled by the illegal blindside block by Bears defensive tackle Mike Pennel, per Doug Kyed of Pro Football Focus.

With the Patriots on a short week, Andrews’ being in the protocol puts his availability for Sunday’s matchup against the New York Jets in jeopardy.

If Andrews is unable to play, James Ferentz, who replaced the veteran center late in the Monday night loss, would likely start in his place.

Andrews was hurt following a tipped Bailey Zappe pass that was intercepted by Bears linebacker Roquan Smith. After the pick, Pennel dropped Andrews with a hit from the side, forcing the center to leave the game with a head injury.

Bears head coach Matt Eberflus, when asked about the hit after the game, did not defend Pennel, who was immediately ejected.

“I saw it,” said Eberflus. “Yeah. Totally in the wrong. He should not do that, and I told him right afterward. That’s not what we teach. We don’t teach that. It’s not good football.”

Patriots head coach Bill Belichick deferred to Eberflus’ comments when asked about the hit Tuesday morning during his appearance on WEEI.

“I think Coach Eberflus probably put it well, so I don’t have anything to add to that,” Belichick said.