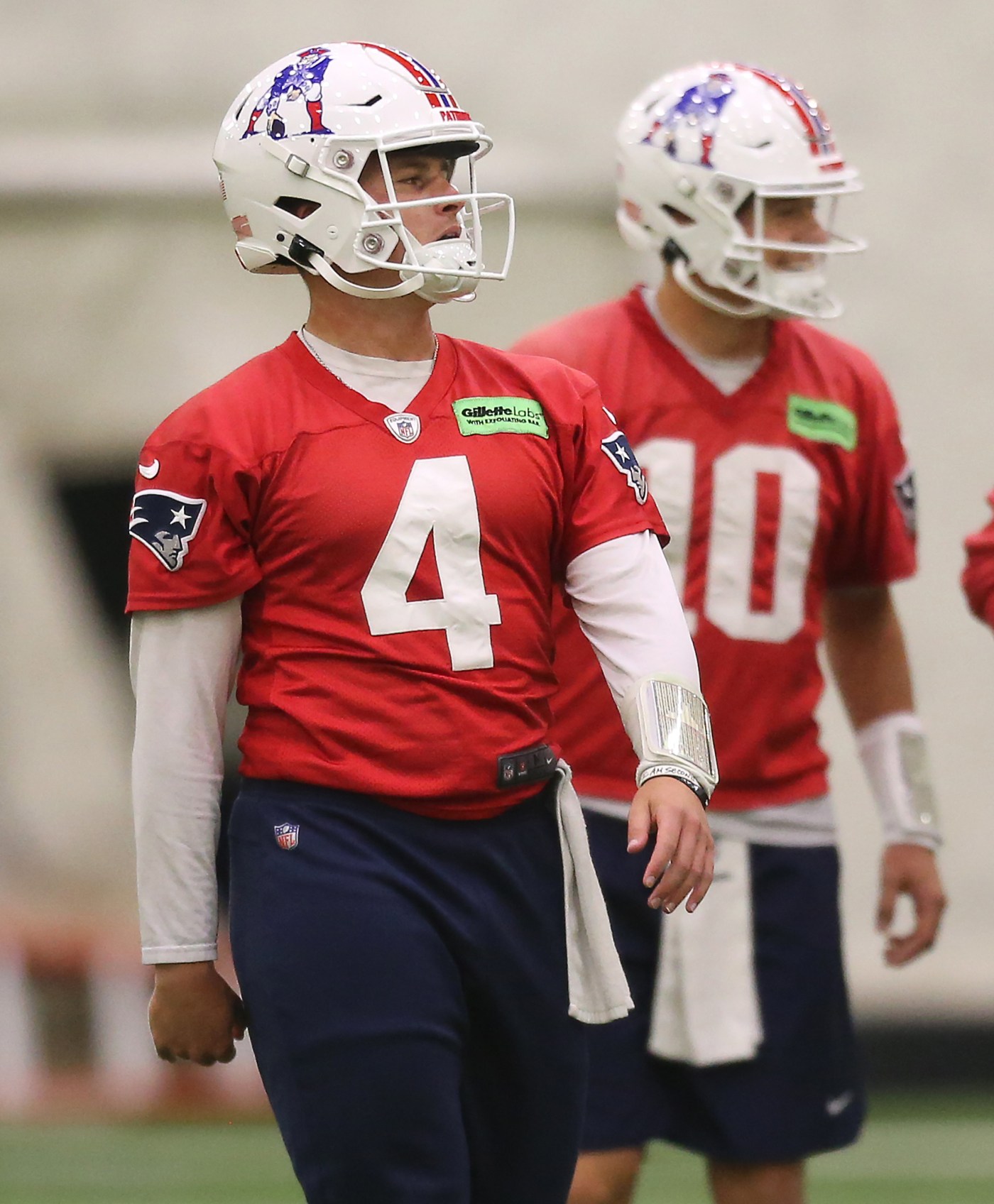 At the very least, the emergence of rookie quarterback Bailey Zappe allows the Patriots time to avoid pushing Mac Jones back from his high ankle sprain.

But if Zappe continues to play well and ascend, then what? Is Jones in jeopardy of losing his starter’s job?

During his appearance on the WEEI’s “The Greg Hill Show,” Patriots head coach Bill Belichick was asked if he envisioned any scenario where Jones is 100 percent healthy and Zappe remains the starter this season.

“We’ll take things as they come, and go from there. Honestly, Mac wasn’t active (Sunday), and it wasn’t any part of any decision yesterday.”

Jones, who was listed as “doubtful” for the game, suffered a high ankle sprain Week 3 in the loss to the Baltimore Ravens at Gillette Stadium. Typically, those injuries take 4-to-6 weeks recovery. While Jones was a limited participant in practice last week, he was still hampered, moving with a limp.

If nothing else, the play of Zappe allows Jones to take his time, and not have return too soon, especially with the soft schedule ahead. The Browns are on tap next week, followed by the Bears, Jets, and Colts before the Patriots bye week.

Zappe, the team’s fourth-round pick out of Western Kentucky, initially took over for Brian Hoyer (concussion) in the first quarter in the loss to Green Bay and performed admirably under the circumstances.

He was again at the helm in Sunday’s 29-0 win over the Detroit Lions, making his first NFL start.

In the game, Zappe once again exhibited tremendous poise, completing 17 of 21 passes for 188 yards. He threw a 24-yard touchdown pass to Jakobi Meyers, and also had an interception.

“Generally speaking, I thought he did a nice job for us, making good decisions,” Belichick said of Zappe. “He threw the ball and managed the game well.”

Zappe has quickly become a fan favorite but it remains to be seen what his role will be when Jones is healthy enough to return.