Patriots just can’t get out of their own way 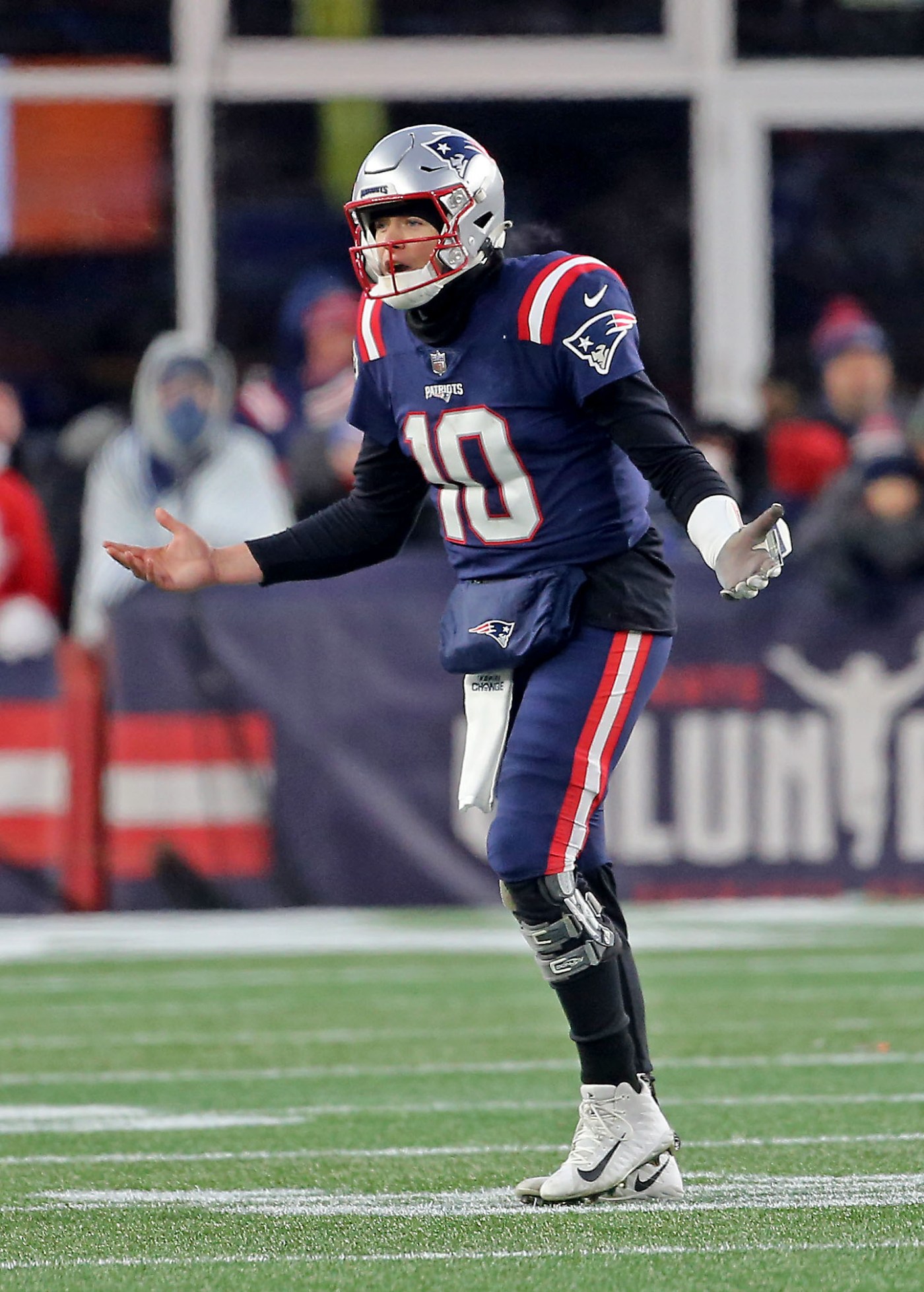 FOXBORO — For much of this game, the Patriots lived up to their reputation.

They were beyond over-matched on offense, but hung tough enough on defense against Joe Burrow and his vast arsenal just to keep from being totally embarrassed.

It was still a game through the first half, but really, it wasn’t thanks to another dubious Matt Patricia production in play-calling.

Chants for Bailey Zappe sprung up early, as Mac Jones & Co. looked about as inept on offense as they ever had during the year.

Many fans had already departed at halftime, the Patriots were playing so poorly on that side of the ball.

But then something happened just before last rites were administered. Marcus Jones had a pick-six in the third quarter to finally put points on the board for the Patriots and suddenly, there was life.

The defense, who wound up shutting down Burrow in the second half, really came alive after that, and the offense actually looked like an offense over the final stretch with Jones and Kendrick Bourne — remember him? — finally connecting.

They drew to 22-18 and had the ball on the Bengals 5-yard line with over a minute to play.

Would they pull off a Christmas miracle?

Well, it was headed that way. But then the Patriots offense couldn’t keep a good thing going.

Just when you think it can’t get worse, the Patriots found a way to fall further into the abyss.

No, this wasn’t a botched impromptu lateral turned into a walk-off touchdown, like Las Vegas last week.

But it was close.

Rhamondre Stevenson fumbled going in for the potential game-winning score, so the Patriots wound up losing, 22-18, and fell to 7-8 in the process.

Can’t make this stuff up. The Patriots just found a way to turn a possible feel-good win into another disaster.

“Losing alone is sour,” said receiver Jakobi Meyers, “but losing a game that you needed to win in order to get to where you want to be, that’s even more sour.”

Guess it was almost too good to be true, with the Patriots in position to take down the Bengals, and improve their playoff hopes.

But therein lies the rub: it was too good to be true.

As it was, the Bengals were going to be a tough enough team to take down without shooting themselves in the foot in the process. But the Patriots literally gave themselves no chance with the offense being as bad as it was for three quarters. They didn’t cross midfield until the final play of the third quarter put them in Bengals territory.

The defense, undermanned at corner, hung in against Burrow’s crew and at least gave the Patriots a chance down 22-0 at halftime, and 22-6 after the third with Marcus Jones’ pick six, and later a forced fumble by Matthew Judon on Ja’Marr Chase that was recovered by Jones.

The offense just didn’t wake up until too late.

“I’m proud of the way everyone competed,” Patriots center David Andrews said after the loss. “The defense played their tails off, obviously. We just have to do a better job on offense to close out the game.”

Even with the spirited comeback, questions about the offense, the play-calling, and execution are once again at the forefront. And they’re not going away any time soon.

Boos rained down from the stands every time the offense left the field in the first half.

The Bengals scored on its first three possessions of the game, then seemed to get bored with the Patriots not putting up a fight.

Team owner Robert Kraft, who was expecting to see a playoff win for the first time since 2018, is going to have to wait. The Patriots aren’t mathematically eliminated after the loss, but it sure seems like they’re cooked.

In the immortal words of Ebenezer Scrooge “Bah, Humbug!

Early on, this was just brutal to watch, which has been a familiar refrain when it comes to the Patriots offense.

In the first half alone, fans were treated to more dysfunction, prompting the Zappe chants.

There were two straight three and outs with conservative run-first play-calling. Then punter Michael Palardy inexplicably dropped the football mid-punt after the second three-and-out, and had the kick blocked when he picked the ball up and attempted a kick.

Right before the half, the Patriots completed a pass for 11 yards to their 36-yard-line, took a time-out with four seconds left, then took a knee. What?

On the opening drive in the third quarter, both Tyquan Thornton and Kendrick Bourne dropped deep balls. And then the coup de grace from Stevenson with the fumble with 1:05 to play.

They just can’t get out of their own way.

If anything, that’s the identity the team has established this season.

“I think you watch this team here. That’s what we are. When we are consistent, it looked good. When we focused and we’re locked in, it looked good,” said Matthew Judon. “But when we’re not, it doesn’t. That’s who we are. I mean, at this point, you showed your hand.