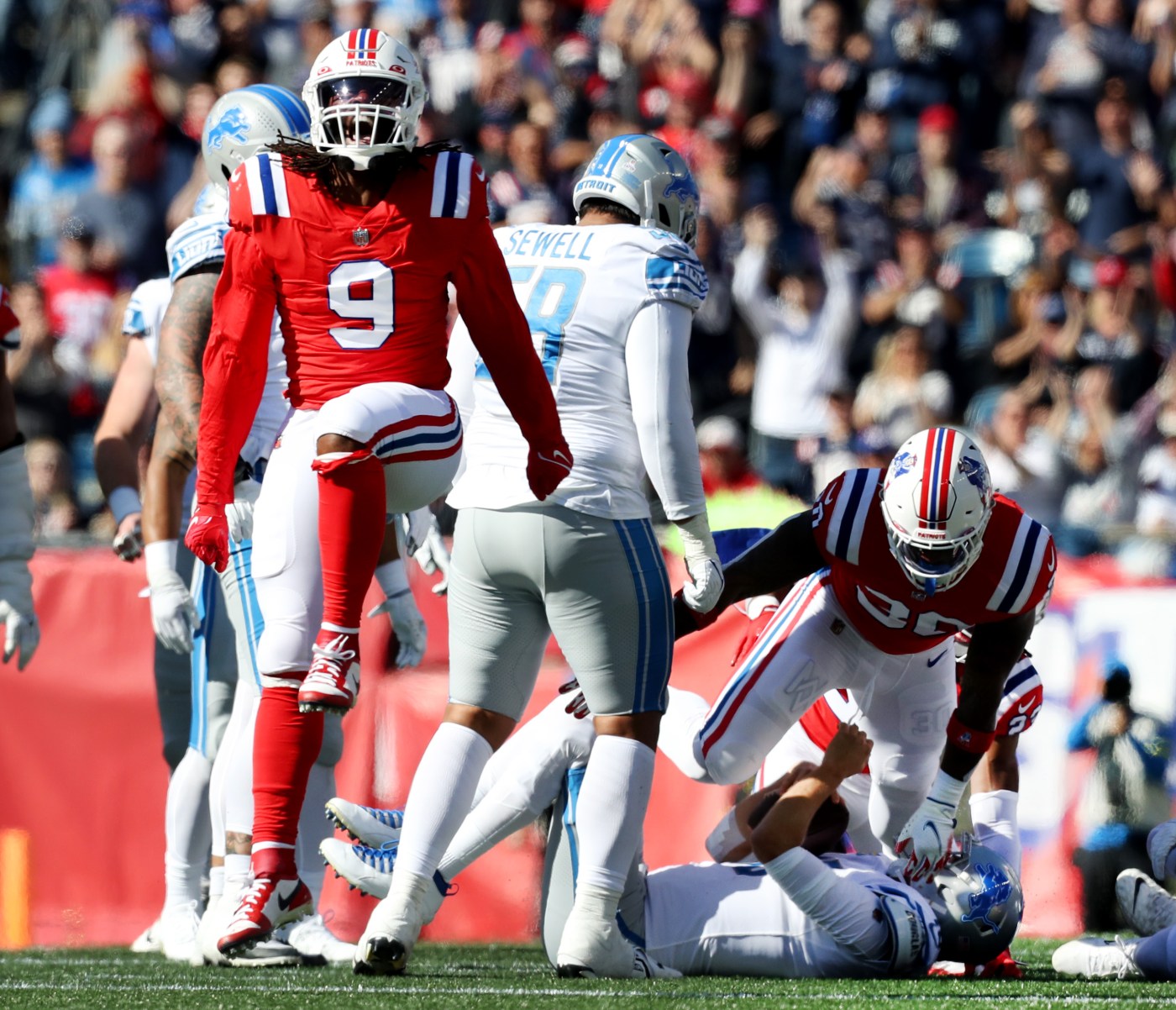 Three tackles, two sacks, once forced fumble, and an award to salute them all.

Patriots outside linebacker Matt Judon was named the AFC’s Defensive Player of the Week on Wednesday for his dominant performance last Sunday against the Lions. Judon sacked Detroit quarterback Jared Goff twice in the second quarter of the 29-0 win, including one strip sack safety Kyle Dugger returned for a decisive touchdown. He is the only player in the NFL to start the season with a sack in five straight games.

Judon is one off the league lead for sacks with five. He is the first Patriots linebacker to win the award since Kyle Van Noy in Week 4 of the 2019 season. Wednesday was the second time Judon’s been honored, after he was named AFC Defensive Player of the Week in Week 11 of the 2017 season with the Ravens.