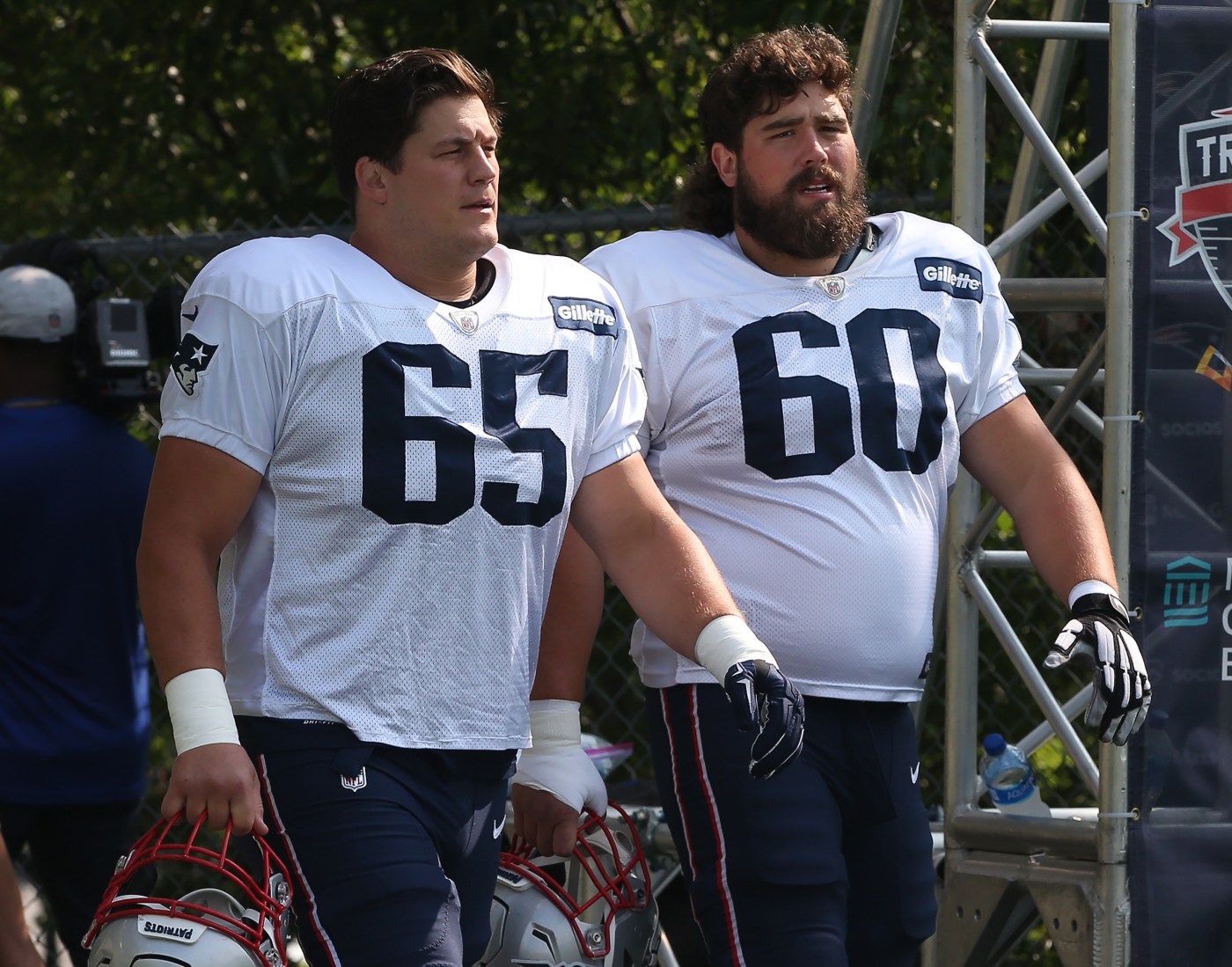 On Friday, Pats offensive play-caller Matt Patricia all but confirmed Andrews will be out against the Jets, saying backup center James Ferentz will be in his place come kickoff.

“David’s a great player. Obviously he’s done a great job for us inside, and this week, James will be in that situation,” Patricia said. “And he’ll be able to help us there.”

Patricia stressed the importance of communication at the position, noting all of the Patriots’ offensive adjustments and calls are made by the center and quarterback. Ferentz’s play figures to be especially important Sunday, considering he will be protecting the shortest path for Jets pass rushers to reach quarterback Mac Jones. Jones was lifted from the team’s injury report this week, but declined to say he was 100% when asked directly about his health Wednesday.

Jones seemed wary of reaggravating his high ankle sprain last Monday against the Bears, darting away from the first signs of pressure over his first three drives. Against the Jets, he must contend with one of the NFL’s best defensive tackles in Quinnen Williams, who leads New York with five sacks and ranks second with 13 QB hits.

“Yeah, (he’s) a big problem,” Patriots coach Bill Belichick said this week. “He’s an explosive, powerful guy. Very athletic for his size, plays hard. There’s a lot of good players up there, so you deal with one, you’ve got to deal with two or three other guys.”

The Patriots are counting on Ferentz’s experience as a 33-year-old backup to help solve the problems the Jets are likely to present.

“James Ferentz has been in our system for a long time, extremely smart, extremely smart,” Patricia said. “He and David are really, they’re the guys that handle all the communication on a daily basis anyways with practice in there.”

This week, Jones called the Jets defense the best in the league. While the numbers don’t support his case (New York ranks 10th in scoring defense and by Football Outsiders’ opponent-and-situation-adjusted metric DVOA), the Jets might play like it Sunday if they can get the best of Ferentz.