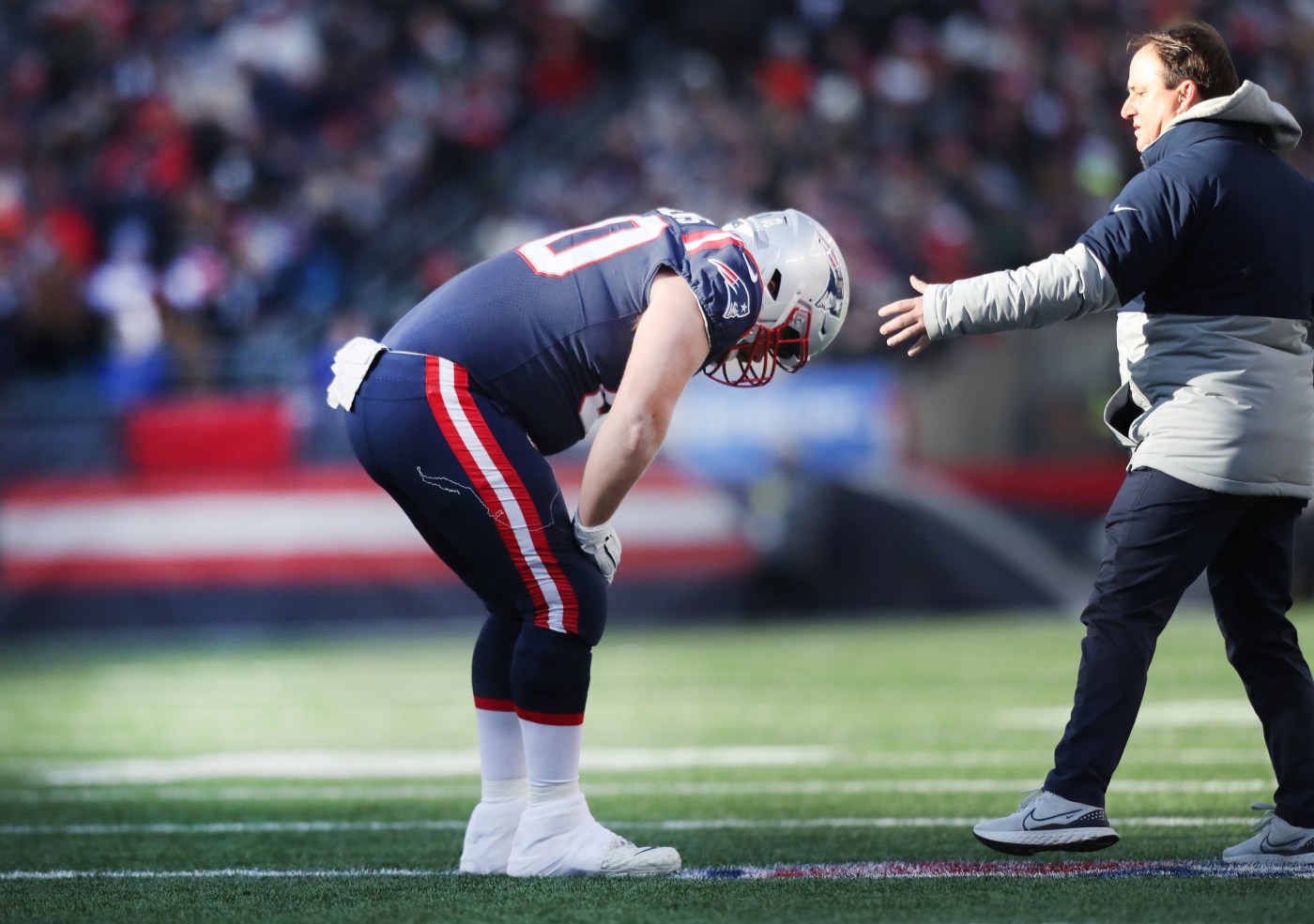 The Patriots lost center David Andrews to a potentially season-ending thigh injury in Sunday’s 10-3 win over the Jets, according to the NFL Network.

Andrews will undergo further testing this week, but the team reportedly does not expect good news.

Andrews went down in the first quarter while blocking a screen pass and was immediately replaced by veteran James Ferentz, who played the rest of the game. On Sunday, Andrews was expected to help fortify a Patriots offensive line that struggled mightily in his two-game absence. The veteran captain returned after missing wins versus the Jets on Oct. 30 and the Colts on Nov. 6 with a concussion.

The Patriots also lost offensive tackle Isaiah Wynn to a foot injury Sunday. Wynn, who exited after four possessions, will likely miss time, per The Athletic. He replaced left tackle Trent Brown in the starting lineup in what Bill Belichick described post-game as a “coaching decision.”

Brown was not listed on the injury report all week and later allowed a sack against the Jets.