Todays Though > News > Patriots preparing for their biggest Jets game in a decade: ‘There’s a lot on the line’
News

Patriots preparing for their biggest Jets game in a decade: ‘There’s a lot on the line’ 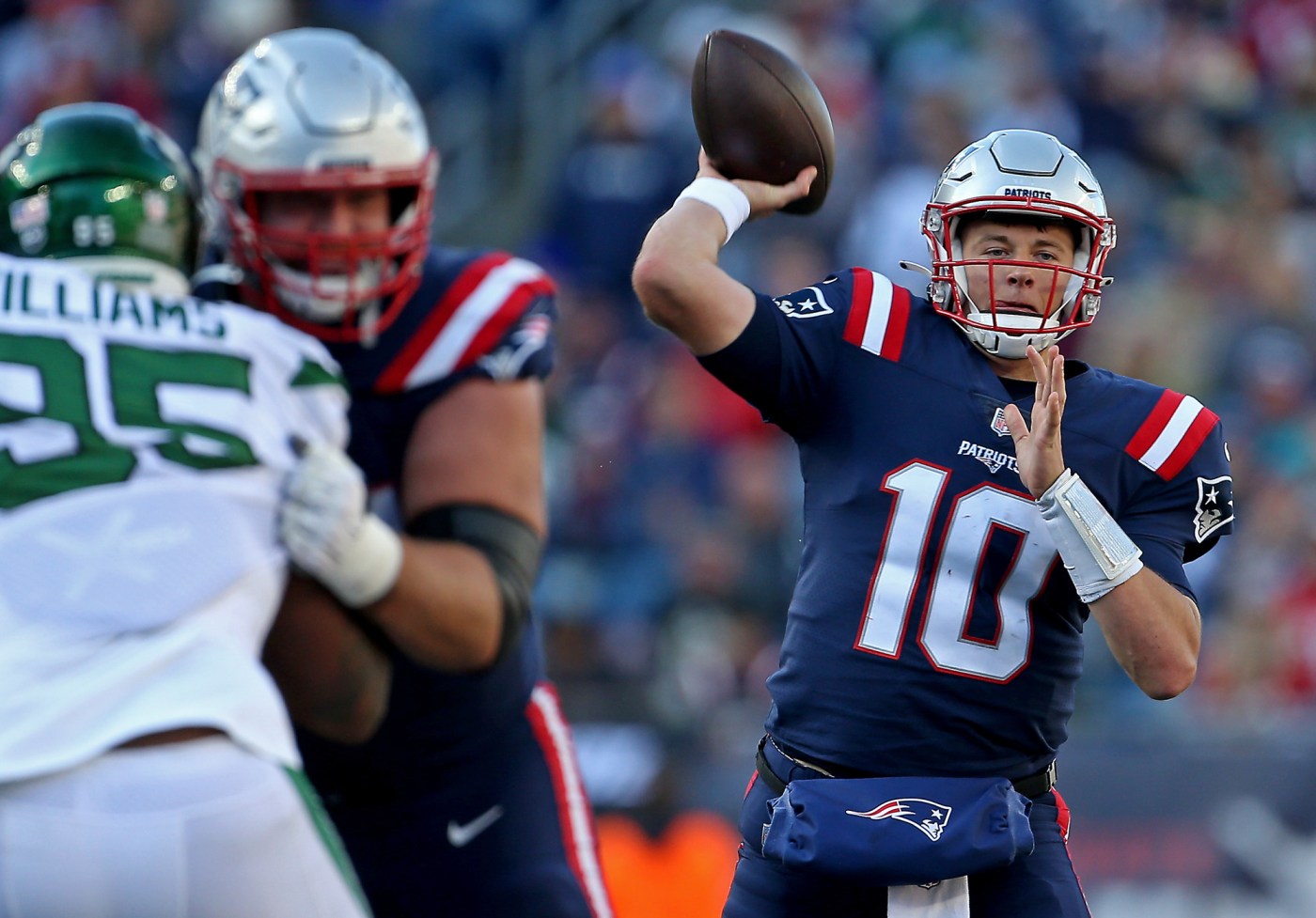 FOXBORO — Having vanquished the Jets 13 straight times by an average of almost 20 points, Bill Belichick might be running low on motivational material when he walks into the Patriots’ team meeting Wednesday to reintroduce Gang Green.

If so, Belichick might consider leaning into the hype for once ahead of the biggest Pats-Jets showdown in more than a decade.

Sunday will mark the second time in 11 years the AFC East rivals have gone head-to-head with winning records in the second half of a season. The other matchup, a 26-20 Jets upset in 2015, significantly boosted New York’s playoff odds and remains their most recent series win. However, those Patriots were already assured a top seed at kickoff, whereas Sunday’s stakes will be raised for both sides.

If the Pats (5-4) beat the Jets for a season sweep, their playoff odds will jump from 40% to 55%, per FiveThirtyEight’s NFL postseason forecast. If they lose, those odds will plummet to 17% with upcoming kickoffs against powerhouses Minnesota and Buffalo in consecutive weeks. According to ESPN’s FPI metric, the Pats are not favored to win any of their games after this weekend.

“That rivalry is certainly renewed,” Patriots captain Matthew Slater said Monday. “Not that it ever died, but I think stakes are high, emotions will be high, it’ll be highly competitive. And there’s a lot on the line.”

If the Jets (6-3) lose Sunday, their middling playoff odds will drop 15 percentage points with remaining road games in Minnesota, Buffalo and Seattle. More immediately, the Patriots would vault ahead of New York in the division with a head-to-head tiebreaker and matching 6-4 records. The Pats have trailed the Jets for most of the season, a trend Gang Green would love to continue after watching their rivals claim 17 of 21 division titles since 2000.

The Jets would also like, somehow, sometime, to convert their bubbling anger and angst into long-awaited revenge. Before last month’s meeting, Jets defensive coordinator Jeff Ulbrich revealed he was motivated by the Patriots’ decision to keep throwing deep in a 41-point blowout last year, saying he had “been looking forward to this one.” The Patriots won anyway, 22-17.

Moments after the game ended, quarterback Zach Wilson defiantly claimed the Jets would “have” the Pats in the rematch. A week later, after New York upset the Bills 20-17, rookie cornerback Sauce Garner echoed a famous line from Jets linebacker Bart Scott when asked about seeing the Patriots again after their shared bye. Scott delivered the line after a stunning 28-21 divisional-round playoff win at New England in 2011, a landmark game in the rivalry’s history that proved the Rex Ryan-era Jets could push the Pats.

On Monday, Belichick said he expects some elements of that Oct. 30 game to resurface this weekend.

“I think it has some relevance,” Belichick said. “I’m sure there’ll be some differences. I’m sure that both teams with the extra time that we’ve had, will make some adjustments and we’ll see how that turns out. I don’t know.”

How well the Jets can protect Wilson from the Patriots and himself to be the most pivotal battleground Sunday. Wilson has thrown seven interceptions and gone 0-3 against Belichick to start his career. After the October win, multiple Pats defenders indicated the game plan against Wilson has remained constant through every meeting: frustrate him and wait for an inevitable mistake.

Patriots safety and captain Devin McCourty noted Monday in the locker room that the Jets ran the ball more often in their recent upset of Buffalo, a game when Wilson threw one touchdown and zero interceptions.

“Both teams have the mentality of let’s come in and dominate the front,” McCourty said. “Whether it’s them running the ball, us running the ball or the two defenses stopping the run, I would say the game Sunday is going to be a big part of that.”

Added Pats linebacker Jahlani Tavai: “Our mentality has got to be a bully mentality.”

Regardless of how many new wrinkles are introduced, the big picture on the Pats-Jets rivalry has already been repainted — at least on the edges. The Patriots will toil below the Jets in the standings until they can win games like Sunday’s, showdowns that once served as springboards to playoff byes. Now, they’re effectively lifelines for playoff hopes, even in mid-November.

So how does Slater feel about the Jets?

“Love the Jets,” he said wryly. “One of my favorite teams.”