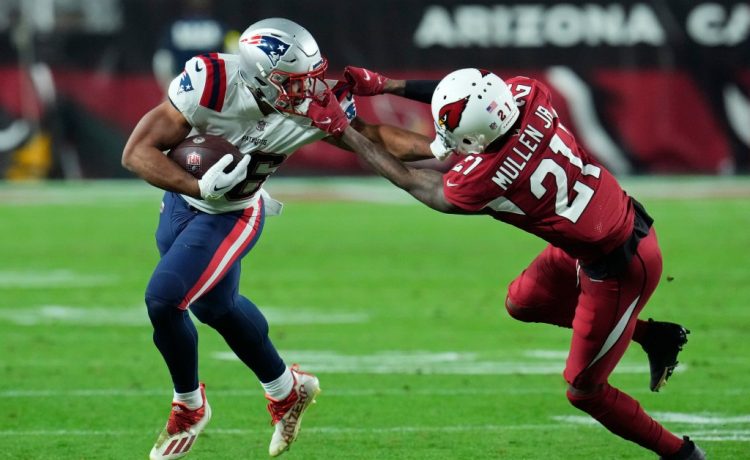 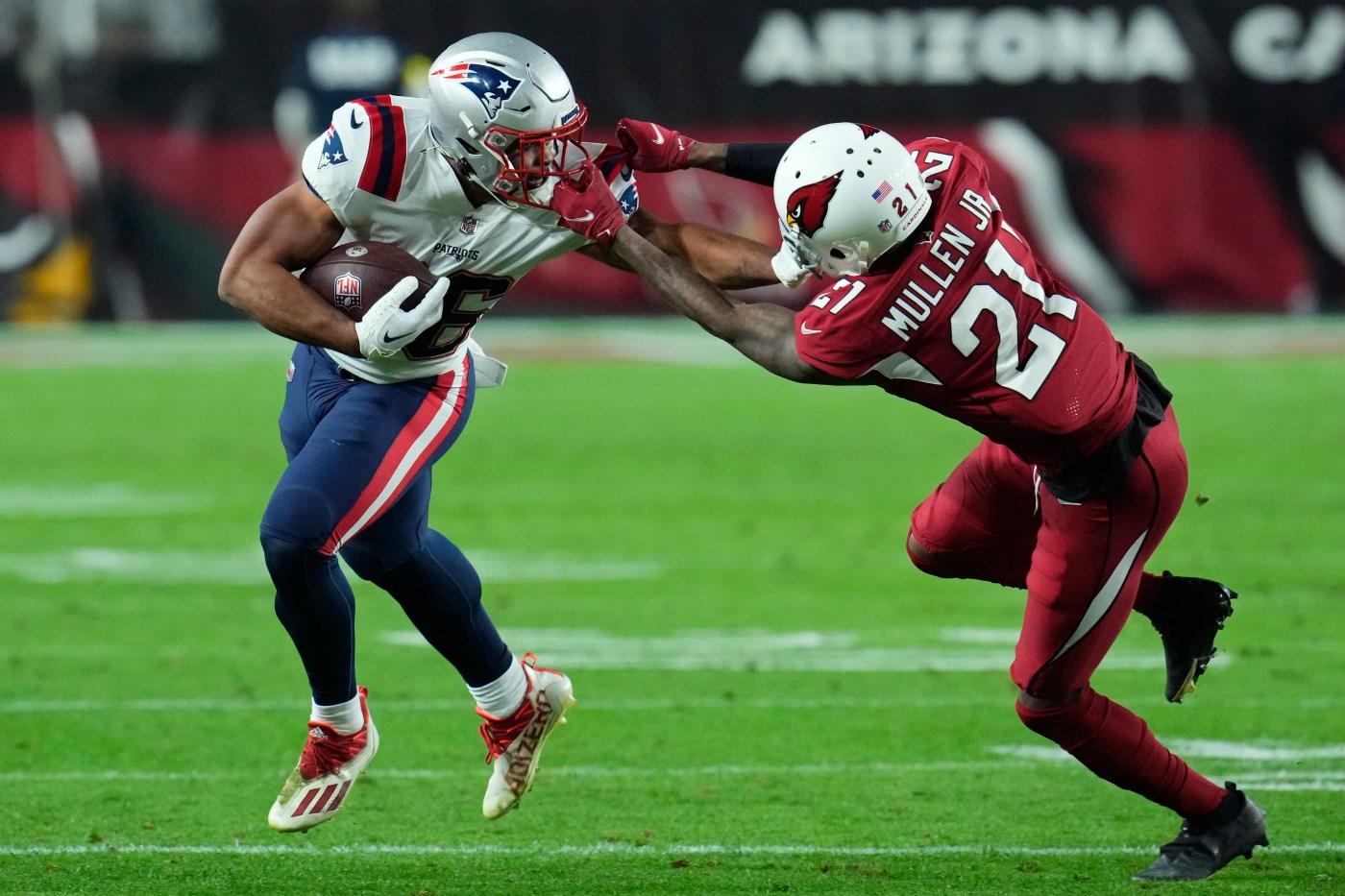 GLENDALE, Ariz. — Perhaps in six days the Patriots’ season will die in the desert.

A sluggish offensive operation undone by predictable problems, finally broken by an old lieutenant now holed up in Las Vegas.

Not against the clueless Cardinals, not even while losing their star running back to injury after already ruling out a starting wide receiver and cornerback. Because the Patriots came to Arizona to start what they described as a new season. Driven by that purpose, they succeeded and kept alive the hope they might start a third season come mid-January.

The Patriots pulled away with a 27-13 primetime win at Arizona, as their defense outscored the Cardinals over an ugly second half. Linebacker Raekwon McMillan scooped up a DeAndre Hopkins fumble midway through the third quarter and raced 23 yards for a touchdown that cut the tension of a tied game. After Marcus Jones killed Arizona’s next possession with an interception, fellow rookie Pierre Strong burrowed for a 3-yard rushing touchdown in the fourth quarter, the first of his NFL career.

The Pats (7-6) benefitted from the early exit of Cardinals quarterback Kyler Murray, who succumbed to a non-contact knee injury on the night’s third play from scrimmage and did not return. Neither leftover quarterback, Mac Jones nor Arizona backup Colt McCoy, did enough to seize the game and finished with nearly identical stat lines.

Jones went 24-of-35 for 235 yards, zero touchdowns and a pick. Patriots pass rusher Josh Uche hounded McCoy throughout most of the second half and tallied three sacks.

Without star running back Rhamondre Stevenson, who suffered a first-quarter ankle injury and was not seen after halftime, the Pats offense leaned heavily on their rookie class. Strong rushed for a team-high 70 yards and a score, while fellow rookie Kevin Harris ran for 26 yards and his own touchdown.

Harris’ score lifted the Patriots to a 7-3 lead early in the second quarter, by which point they had already lost veteran wideout DeVante Parker and starting cornerback Jack Jones. After another Arizona field goal, Cardinals running back James Conner barreled up the middle for a 10-yard, go-ahead touchdown with 3:07 left until the break.

After the Patriots responded with a three-and-out, Arizona (4-9) seemed primed to extend its lead until linebacker Jahlani Tavai batted away a play-action pass on fourth down. Back with the ball, Jones and Co. covered 35 yards in 32 seconds to position Nick Folk for a half-ending field goal. Once Folk’s attempt was pushed back after Jones and Harris fumbled a shotgun hand-off, he drilled a 51-yarder and headed into the locker room.

Trailing 13-10 coming out of the locker room, Strong raced 44 yards on the Patriots’ next possession, which ended in a game-tying field goal. After kicking the ball back to Arizona, Bill Belichick’s defense started a stretch of three straight turnovers with a fourth-down incompletion forced, Kyle Dugger forcing the fumble McMillan scored on and Marcus Jones’ interception. In the fourth quarter, the Pats forced one punt and generated two more turnovers on downs, while their offense protected the ball and cruised back above .500.

Here were the best and worst Patriot performances from Monday:

RB Pierre Strong — Strong led the Patriots with 70 rushing yards and a touchdown in a surprise performance.

TE Hunter Henry — Henry’s 70 receiving yards led all pass catchers. He was due for an impact game.

Offensive line — Jones was under fire most of the first half, and the Patriots struggled to create running lanes against a subpar defense.

WR Nelson Agholor — The veteran caught half of his 10 targets for a measly 32 yards.