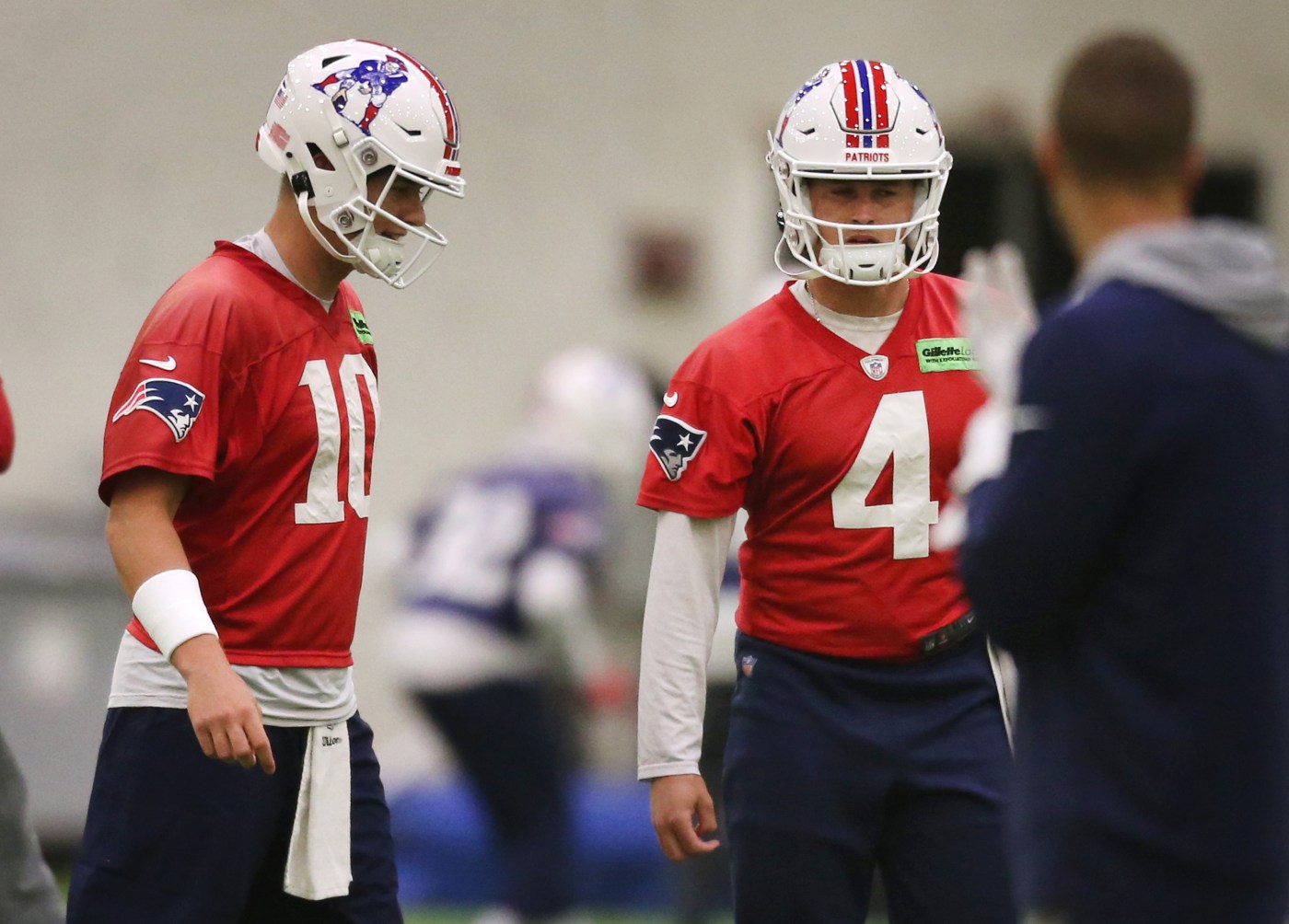 One limped from warmups to his first drill. The other re-introduced himself to teammates earlier that morning. The third took the field fresh off going toe to toe with Aaron Rodgers and had no trouble walking or identifying his receivers.

On Wednesday, Mac Jones was listed as limited on the team’s injury report, but was visibly bothered by his high ankle sprain at practice. According to the NFL Network, Jones’ ankle remains fairly unstable.

Veteran backup Brian Hoyer missed practice all together with the concussion he suffered at Green Bay. In Hoyer’s absence, the Patriots returned journeyman passer Garrett Gilbert to their practice squad, where Gilbert also spent most of last season. Bill Belichick explained the move with four words Wednesday.

Availability is the strongest reason Zappe will start versus the Lions on Sunday, though the fourth-round rookie did exceed expectations by going 10 of 15 for 99 yards and a touchdown at Green Bay. Zappe also completed passes to six different receivers. His performance was significantly boosted by the use of play-action passing, which accounted for 70% of his yards and had Packers defenders swarming to the line of scrimmage to stop the threat of the Pats’ powerful run game.

Without play-action, Zappe averaged 3.3 yards per attempt. And when the Patriots spread the field in 11 personnel groupings (three wide receivers, one tight end and one running back), they averaged even fewer at 2.55. Those numbers highlighted an uncomfortable truth about his otherwise positive performance: when Zappe had to pass, the Pats had little to no shot.

The Patriots ultimately finished with 31 more rushing yards than passing at Green Bay, where Zappe also failed to complete a pass under pressure. Looking ahead to Detroit, the rookie has reasons to expect both comfort and pain.

The Lions own the league’s worst run defense through Week 4, allowing 5.6 yards per carry to its opponents. But they also blitz at the NFL’s third-highest rate, sending rushers on 37.6% of opponents’ dropbacks, a number that should soar against a fourth-round rookie.

“It’s a different challenge this week, (with a) team that likes to blitz a lot,” said Pats captain and center David Andrews. “So we’ve gotta make sure me and (Zappe) are on the same page, seeing it the same way, kind of a spin-the-wheel blitz team, too. Kind of everyone’s coming.”

Zappe will be no stranger to the Lions, who coached him at the Senior Bowl last January. Asked about their time together during a press conference Wednesday, Detroit coach Dan Campbell spoke glowingly of Zappe.

“Highly intelligent. He picked up the offense very quickly. Very composed,” Campbell remembers. “Just had a good command of the huddle. Teammates respected him. You could tell they listened to him, and he kind of plays that way. I thought they did a good job with him (on Sunday), just trying to get him settled in and being smart and not putting him in a bind.”

As for the quarterback, Zappe is sticking to his script.

On Wednesday, that meant deferring any questions about whether he’ll start against the Lions to Belichick. He credited his teammates for the success he enjoyed at Green Bay.

He stressed that his focus lies with day-to-day improvement, not how much he’ll play on Sunday. He insisted his ongoing week of preparation has been no different from the past four.

After all, even if he was the only quarterback practicing at full throttle Wednesday, there were still two other passers out there.