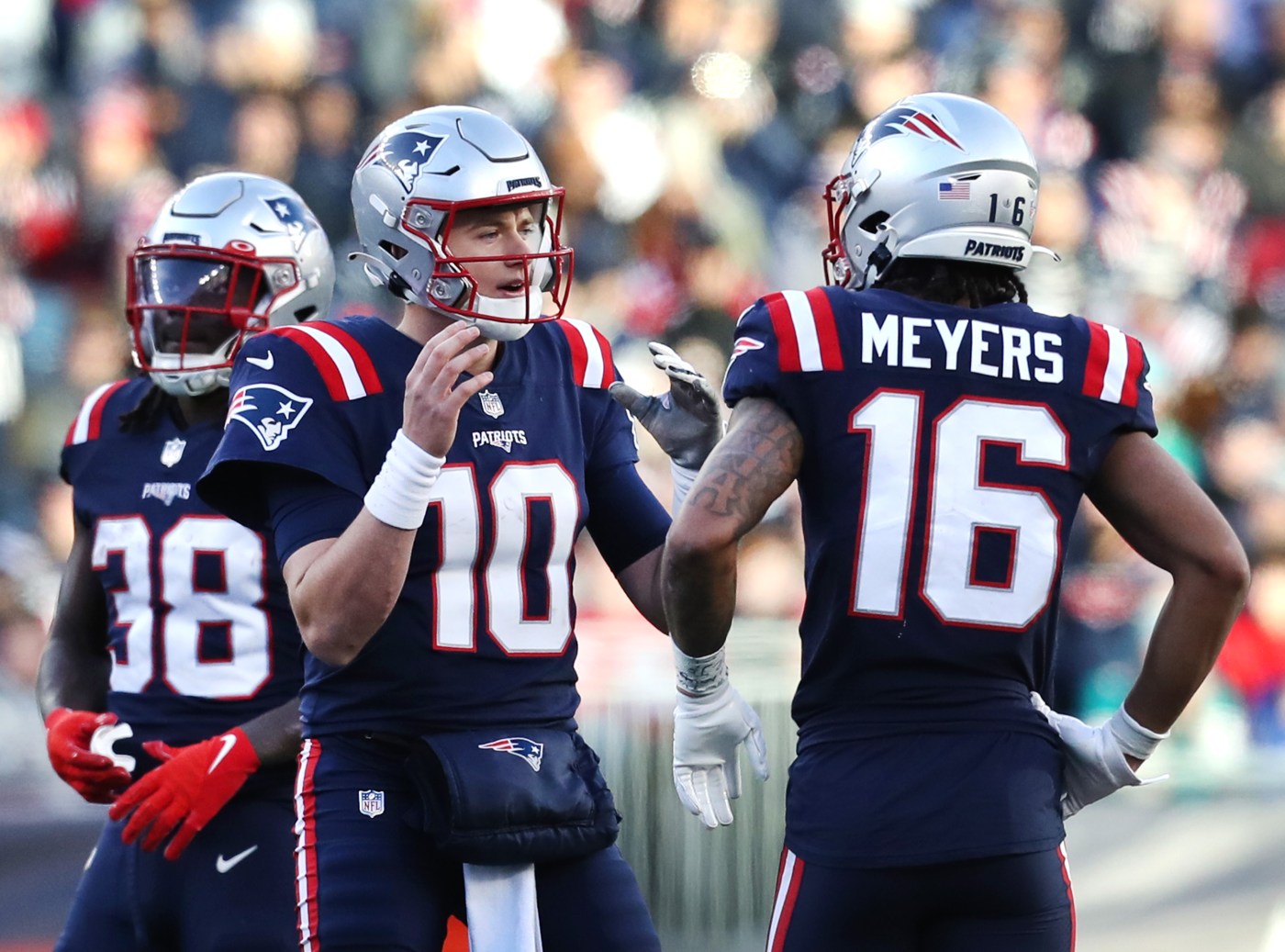 Of late, Mac Jones has drawn the ire of fans, opponents and former Patriots for his behavior on the field.

Now, a former NFL quarterback and league MVP has joined the list.

Even though Jones didn’t have any noticeable outbursts in Sunday’s win over the Dolphins, Esiason still slammed the Patriots quarterback for the way he’s been carrying himself on the field, joining a crowd that also includes former Patriots Julian Edelman and Vince Wilfork.

“Here’s the thing that I really dislike about Mac Jones if you want to get to the root of it: His body language, his facial expressions, his gyrations on the field piss me off. There’s a douchiness to them,” Esiason said.

“I don’t know how else to explain it. Here’s the deal: Tom Brady can be douchey too at times. He can be yelling at his players and everything else, but Tom Brady then goes out and backs it up. He goes and plays his ass off and gets his team to the playoffs again yesterday.”

Jones’ was asked to respond to Esiason and others who aren’t amused by his outward emotional displays of frustration and if he was worried about his reputation.

“For me, it’s just trying to channel my competitiveness in a good way, and continue to be Mac,” Jones said during his weekly appearance on WEEI. “For me, it’s all about my teammates and people in the building. Obviously, I wanna have respect for everybody that plays in this league, and coaches in this league.

“There’s definitely things I can get better at, just like with execution and football plays. It’s the same idea, just trying to grow, and earn the respect of people obviously and most importantly, in the building.

“That’s my main focus. Getting better every day and getting ready to play this Bills team. It’s going to be a big challenge.”

The Patriots ticket to the postseason will be stamped if they beat the Bills on Sunday.