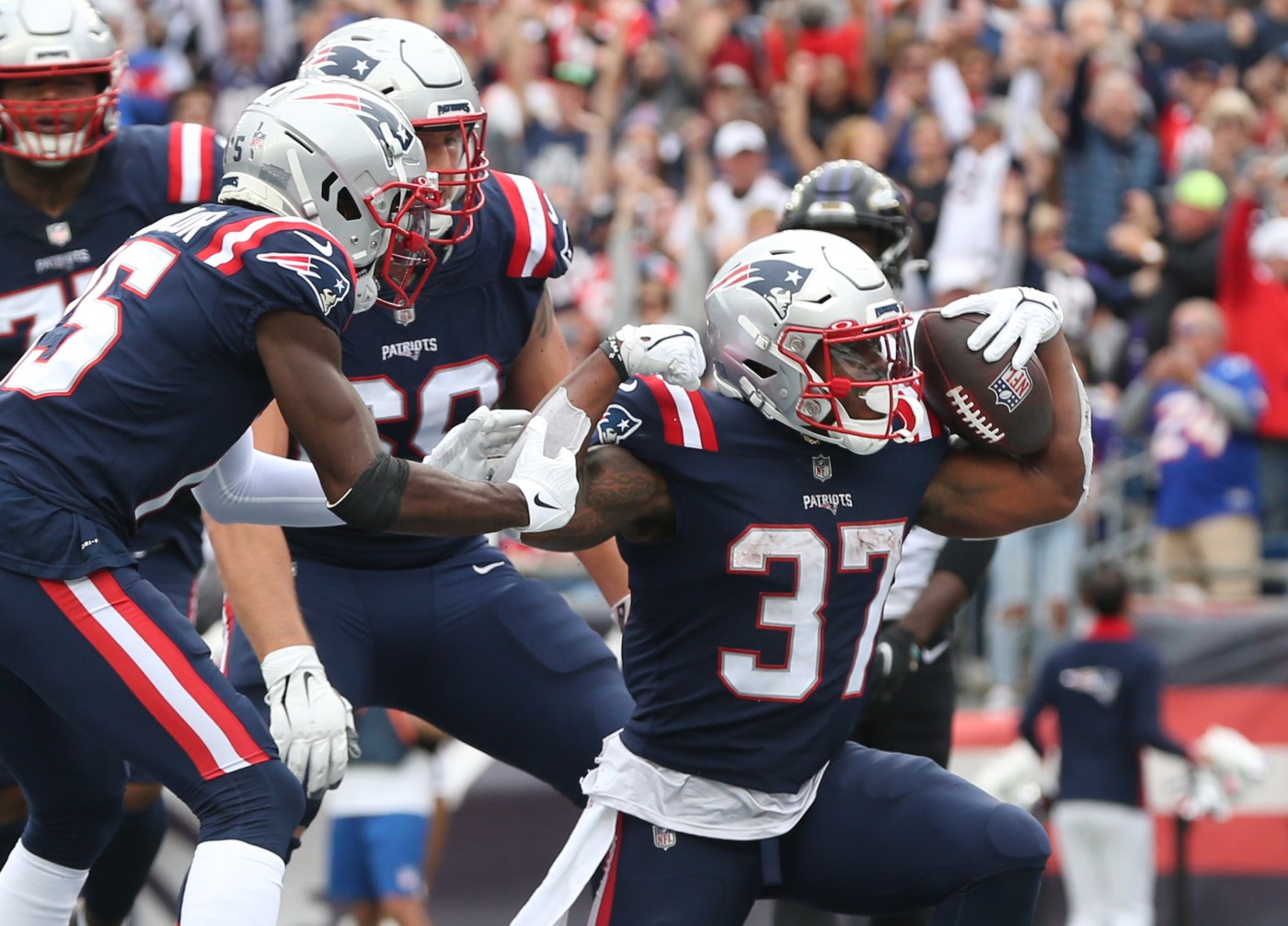 The news doesn’t sound all that encouraging with respect to running back Damien Harris, who left Sunday’s game with a hamstring injury.

According to a report from the NFL Network’s Tom Pelissero, Harris is likely to miss multiple games due to the injury.

Harris, who had four carries for 11 yards in the 29-0 win over the Lions, is reportedly still getting tests, but the expectation is that he’ll be out for awhile.

Rhamondre Stevenson basically took over all the snaps at running back after Harris left, and enjoyed a career day. Stevenson rushed for 161 yards on 25 carries.

Patriots head coach Bill Belichick sung his praises after the game, saying he loved him as a player and had “as much confidence as you could possibly have,” in Stevenson as a runner.

“He is always good. He does a great job with the ball in his hands,” said Belichick. “He is a strong runner, but he can make people miss. He is a really good football player . . . so glad we have him.”

Rookie Pierre Strong, a healthy scratch on Sunday, is on the roster, and could play a secondary role to Stevenson during Harris’ absence. Both J.J. Taylor and rookie Kevin Harris are on the practice squad, and could get a call up against the Browns on Sunday to provide reinforcements.

Ty Montgomery is on IR and eligible to come off, but Belichick said Monday he didn’t think that would be likely.