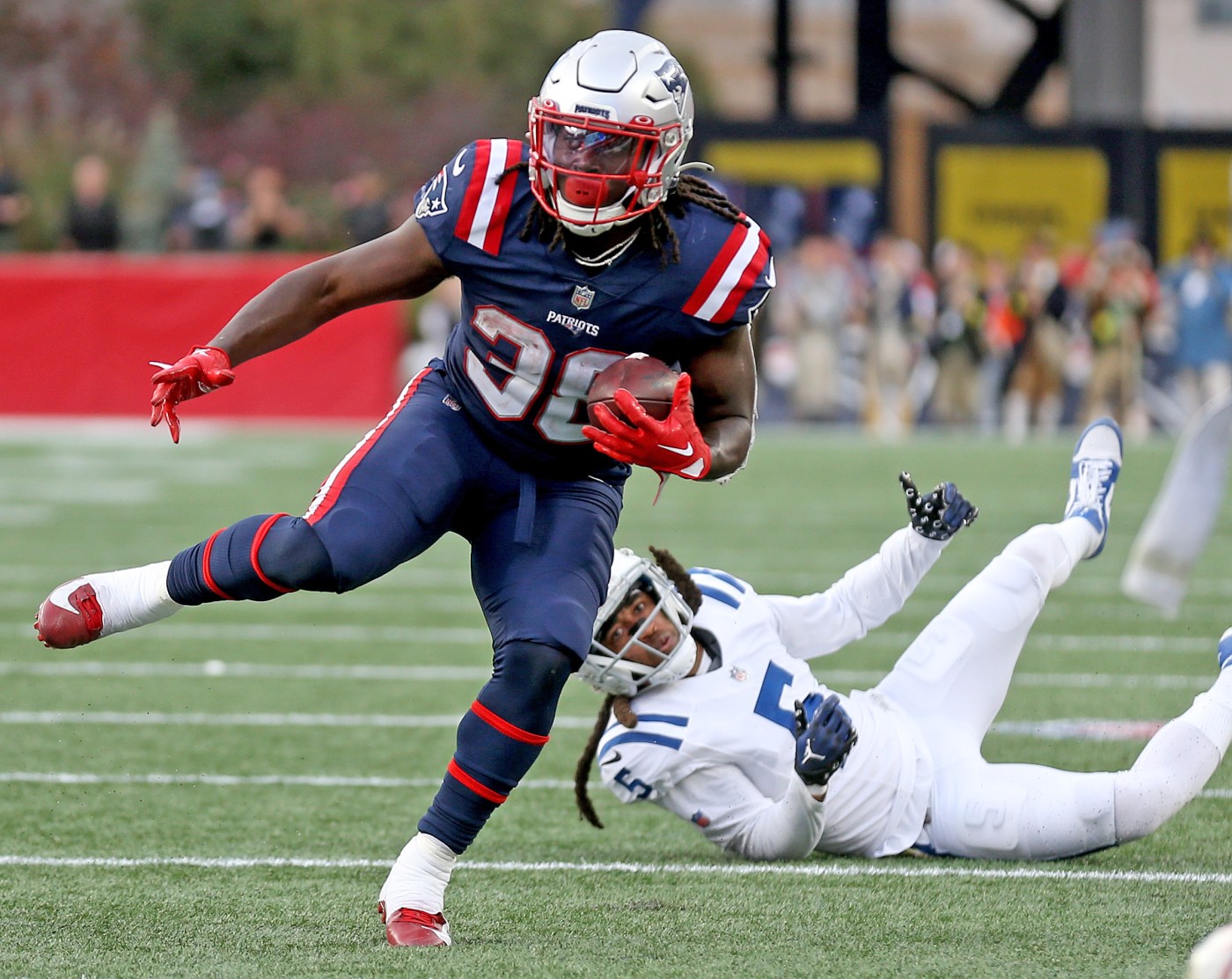 FOXBORO — Only eight non-quarterbacks in the NFL have touched the ball more than Rhamondre Stevenson this season.

Stevenson has recorded a combined 258 rushes and receptions, while shouldering most of the Patriots’ offensive load this year. Recently, that load took its toll in the form of an ankle injury.

Stevenson hurt his ankle at Arizona on Dec. 12, then broke out for a career-high 172 rushing yards six days later at Las Vegas but regressed to 33 total yards last weekend. In addition to leading the Pats in rushing yards and attempts, Stevenson has seen a team-high 62 targets as a receiver. On Thursday, the 24-year-old admitted he is, indeed, worse for the wear.

“I’d say I’m feeling it,” Stevenson said. “I feel everyone talks about the NFL season. … But I feel like I’m doing a good job taking care of my body, just trying to stay proactive more than anything. But yeah, I’m feeling it.”

Signs of wear have shown in recent weeks, with Stevenson fumbling twice against Cincinnati. That day, his yards after contact dropped significantly, a sign he couldn’t generate the same power or elusiveness that defines his game. Stevenson also has a drop in three of his last five games.

The former fourth-round pick indicated playing through pain and fatigue is as much mental for him as physical. Through 15 games, he’s already played more than double the snaps he saw last year as a rookie.

“It’s a mental thing, I believe. It’s a long season,” Stevenson said. “There’s some big guys tackling you. It’s physical every week. Just staying on top of it. That’s the best you can do about it.”

As for rest and recovery , Stevenson has been limited in practice for three straight weeks. But come Sunday, don’t expect him to be asking for a breather with the Patriots’ season on the line.

“Yeah, I don’t think I’ve ever tapped (out) since I’ve been in the league so far. But, I’ll be tired out there, to be honest. I just like to fight through it,” Stevenson said. “Just next play, (I) hope my team needs me on the next play, so I’m prepared to be there for them.”