Todays Though > News > Patriots receivers have no names, but possibly some game
News

Patriots receivers have no names, but possibly some game 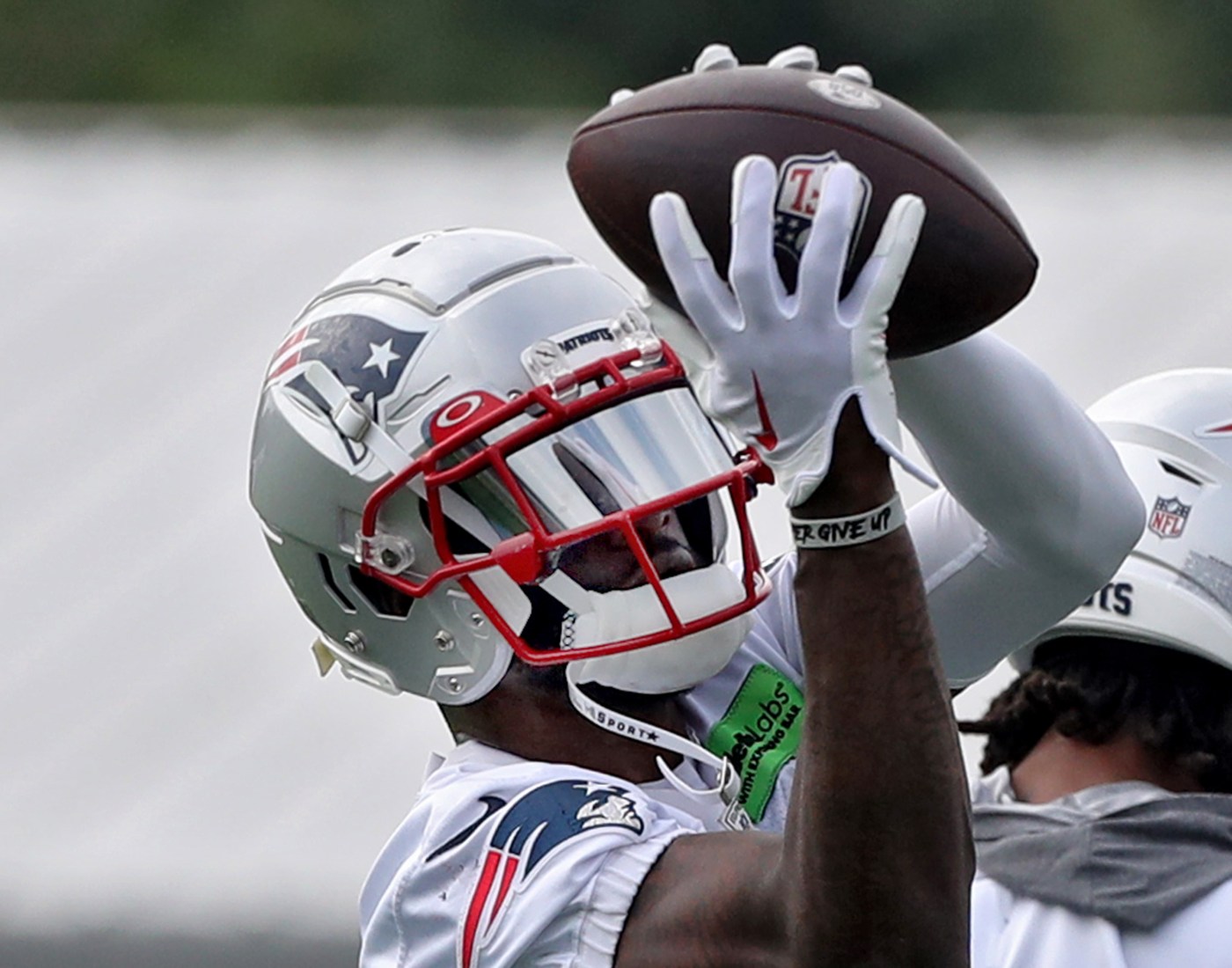 FOXBORO – The Patriots don’t have a true No. 1 receiver in the mold of Davante Adams, Ja’Marr Chase, Tyreek Hill, or Stefon Diggs.

They don’t have an explosive game-changer who demands double-coverage or scares an opposing defensive coordinator.

What do they have?

Basically, a collection of wideouts who range from good to very good with different strengths and skill sets and might, just might, prove to be surprisingly effective in 2022.

While many of the names are the same from last year’s group, the addition of DeVante Parker should boost the unit if he stays healthy. And the latter is a big if considering Parker, who arrived via trade with Miami, has been injury-plagued throughout his career.

When healthy, Parker has been able to do some damage, most notably against the Patriots. Now on the other side, he’s off to a good start.

Over the first two days of camp Parker has turned more than a few heads, making several highlight-reel plays, with Thursday’s beauty the undisputed  “Play of the Day.”

With the offense as a whole sizzling on Day 1, and cooling off considerably Day 2, the mixed bag gives reason for pause.

In other words, let’s not chisel the heads of Parker, Nelson Agholor, Kendrick Bourne and Jakobi Meyers on the Mt. Rushmore of receiver rooms just yet. The Patriots still haven’t put on pads and started hitting people in earnest. That comes Monday.

But there is hope, considering how quickly Parker has meshed with Jones, and figures to put the other receivers in more beneficial situations.

Thus far, through the early camps and start of training camp, he’s been pretty steady and a reliable target for Jones, while Agholor and Bourne have also made their presence felt.

Parker’s top play on Thursday came in the red zone, much like many of his notable catches thus far.

Mac Jones ripped a perfect 10-yard back-shoulder pass that Parker reeled in with Jalen Mills in coverage, and toe-tapped in the end zone at the sideline for the score before falling out of bounds. The crowd went crazy.

“I love being here,” he said. “They’ve welcomed me, and I appreciate that.”

Parker said he’s not used to having such big crowds and the corresponding atmosphere that creates in a training camp setting.

The way it’s looked both in the spring and now in training camp, Parker can be added to the Patriots’ short list of legitimate red-zone threats along with Hunter Henry.

Having more than one proven target should help Jones better navigate the red area. Last year, the unit started slowly in terms of scoring touchdowns from 20 yards in, but picked it up later in the year to finish in the top 10 in red zone scoring.

On Thursday, however, the offense, with Jones and rookie Bailey Zappe taking turns under center, hit a major snag in the money area, going 10 straight plays without a completion on the final competitive red zone sequence before Jones hit Henry on the final play of the day.

There’s still plenty of time for the offense to iron out the kinks. At the very least, Parker has looked the part.

With his ability to make contested catches, he adds a much-needed layer to the offense. It was the layer former first-round pick N’Keal Harry was supposed to provide.

Watching the chiseled 6-foot-3, 220-pound Parker, he’s every bit the player the Patriots thought they were getting when they drafted Harry – athletic, powerful, and freakish with his ability to leap up and come away with the ball.

“Oh man, it’s awesome adding a piece like that,” Henry said Wednesday. “A guy that’s been around, played a long time in the league, works really hard, big body, can make a lot of plays, contested catches, always nice to add a guy like that, take a little pressure off everybody else and continue to add weapons.

“The more weapons you have all over the place, the tougher it is for them to defend.”

Parker’s ability to rise up, float above his defender, and pull in the ball has had all the the players – quarterbacks in particular – clapping from the sideline.

“I’m just hoping to bring energy,” Parker said, speaking with the media Thursday. “Just go out there, play as hard as I can. Do what I can to help the team.”

The former Dolphins wideout seems to have embraced his new teammates, the team, not to mention the fan base.

“It’s very different. To me, it’s like a million people out there,” he said. “It gets everyone riled up. I just love it.”

Parker will continue to be a fan favorite – not to mention Jones’ favorite – if he continues to make plays, and by extension, makes everyone around him better.

The Patriots hardly threatened defenses at all down the field, or outside the numbers last year.

Maybe Parker can provide a little of that, along with rookie speedster Tyquan Thornton. They’re already stacked with good intermediate receivers, whether it’s Bourne, Agholor, or Jakobi Meyers.

Collectively, it’s a good mix if everyone performs their roles.

“We want to be able to move the ball downfield in any way we want to, short, medium or long passes,” Jones said Wednesday. “It can be catch-after-run, it can be in the running game. So explosive plays and play within ourselves and use our strengths.

“I think it’s all about the guys in the room and using those guys and using their strengths and me just distributing the ball to different people … it’s just getting it to the right guy, the guy that’s most open and let him get the yak and make the play or make the deep play or the gadget play.”

If he can stay healthy, which is the ongoing disclaimer when it comes to Parker, he’ll make the group better. That much has been obvious.

“He fits in well,” Bourne said of Parker. “It’s exciting to see.”