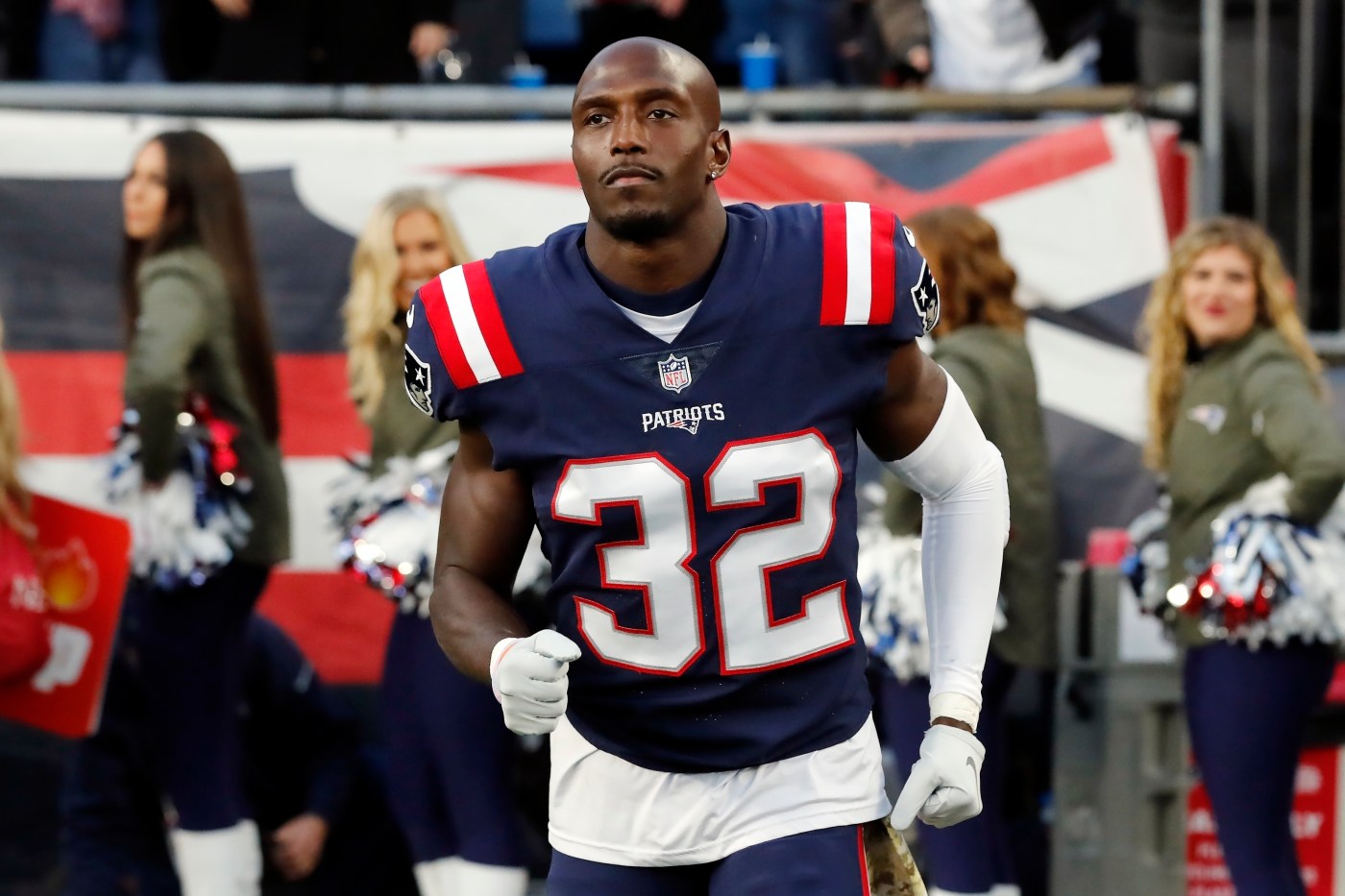 Patriots captain Devin McCourty made small waves as a guest analyst on the CBS pregame show “The NFL Today.”

The veteran safety was asked about the success Giants coach and ex-Patriots assistant Brian Daboll has had in New York, and he drew a surprising comparison to Daboll’s predecessor, Pats assistant Joe Judge.

“No surprise at all. He’s a player’s guy,” said McCourty. “I actually saw (Giants safety) Xavier McKinney, and he talked about having (Daboll) in the building — easy-going, fun time, different from when (Joe) Judge was there. And I think all of the players are enjoying it, and they’re playing hard for (Daboll) right now.”

On Monday, McCourty clarified his remarks, saying he shouldn’t have mentioned Judge by name. He called it a lesson learned.

“I probably shouldn’t have mentioned his name because as soon as you mention someone’s name, I feel like the worst things are always thought about,” said McCourty, who indicated he hadn’t spoken to Judge. “I was just talking about two guys, two different personalities, and talking to McKinney.

“We just talked about whenever teams get new coaches, and they’re opposite of the coach before, kind of like in Miami, Mike McDaniel is probably different than Flo (Brian Flores).”

As for his stint on CBS, McCourty wasn’t sure if that would be his post-football career, but knows many former Patriots (Rodney Harrison, Tedy Bruschi, Randy Moss) have gone on to become TV analysts.

“I think for all of us as athletes, one of the easiest things to do is get into broadcasting or get into coaching,” said McCourty, who ruled out a coaching career. “That’s two things that are close to our sport . . . it has something to do with a sport we’ve played our whole lives, so it’s something you want to transition in because it allows you to still be around the game which a lot of you (media) know from watching guys careers, it’s hard to leave the game.”