Patriots stumble throughout 23-6 loss to Raiders in preseason finale 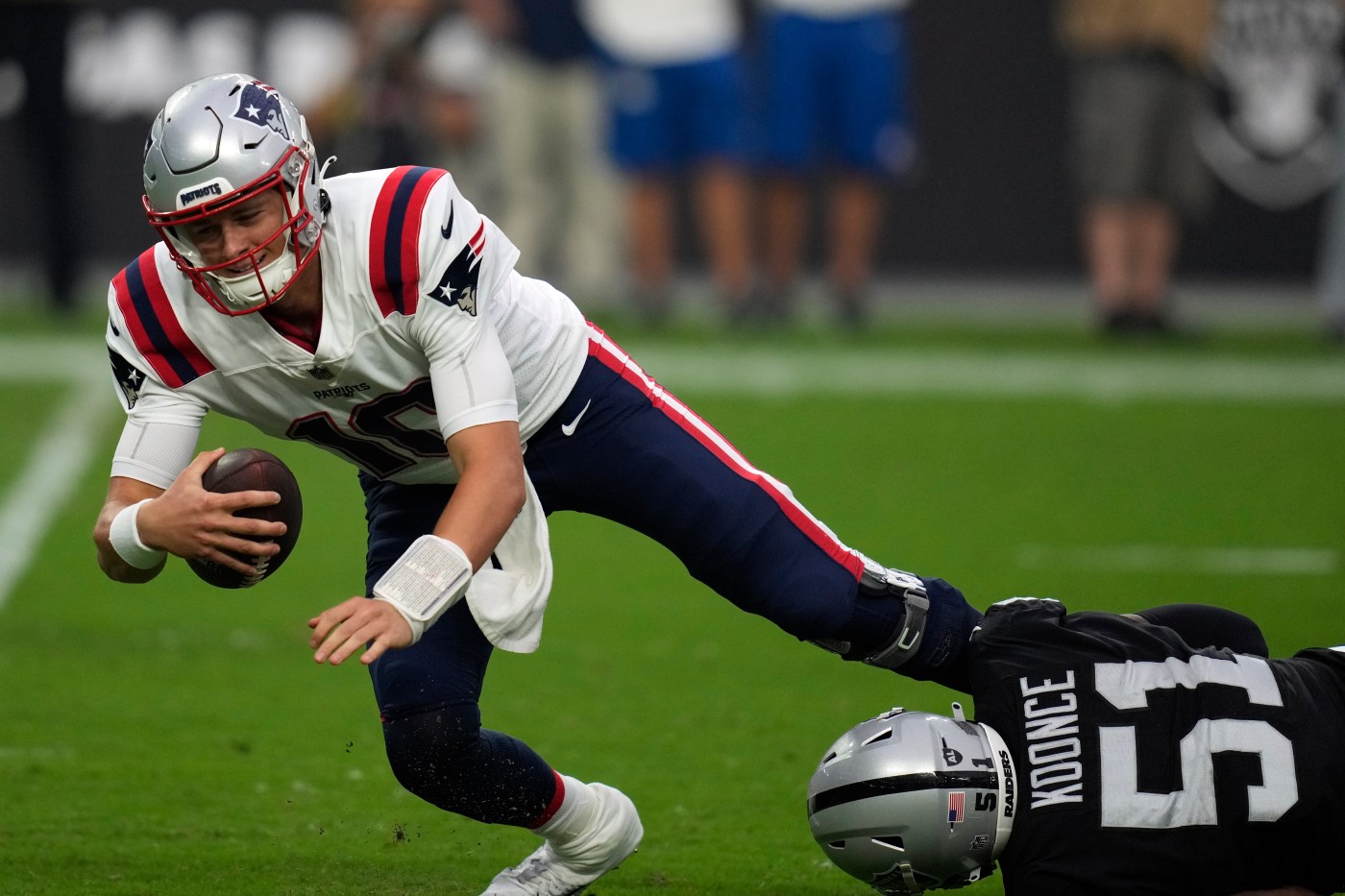 And they’re on to the regular season.

The Patriots punctuated their preseason with an ugly 23-6 loss in Las Vegas on Friday night.

Facing the Raiders’ top backups, Mac Jones and the starting offense experienced the same struggles that defined most of their summer. Jones took two sacks and threw an interception, as he went 9-of-13 for 71 yards. Over four drives, Jones’ offense produced two three-and-outs, one turnover and a field goal.

Pats kicker Nick Folk put the Patriots on the board with a 35-yard field goal at 9:20 left in the second quarter. Folk’s kick followed an offensive pass interference penalty DeVante Parker committed in the end zone that nullified his 7-yard touchdown catch. Jones and Parker had connected on a back-shoulder throw until the referees ruled Parker illegally pushed off to create space.

Carlson answered with a 50-yard field goal on the next possession. Jones and the Patriots’ offensive starters next ceded the field to Brian Hoyer and a smattering of backups, who took two drives that resulted in punts. Las Vegas carried a 13-3 lead into the break.

Strong and fellow rookie running back Kevin Harris took every carry in the second half, with Damien Harris sitting and Ty Montgomery (ankle) getting carted off in the first quarter. The severity of Montgomery’s injury is unknown.

The Patriots averaged a preseason-best 6.1 yards per carry, an average boosted by Harris’ 33-yard run in the third quarter. Harris fumbled in the fourth.

Rookie quarterback Bailey Zappe also threw a pick in the fourth quarter to former Patriots wide receiver and new Raiders safety Isaiah Zuber. That led immediately to Raiders rookie Brittain Brown barreling off the left side for a 3-yard rushing touchdown that dropped the Pats into a three-score deficit.

Here were the best and worst Patriot performances from Friday night:

DL Jeremiah Pharms Jr. The undrafted rookie recorded consecutive run stuffs in the second half that killed a Raiders drive.

QB Mac Jones Jones looked spooked in the pocket and threw his interception in the direction of Kendrick Bourne, while Bourne was surrounded by five Raiders defenders.

OL Justin Herron The third-year lineman allowed a strip sack of Brian Hoyer in the second quarter. He played through the end of the game, a potentially bad sign for his chances of making the 53-man roster next week.