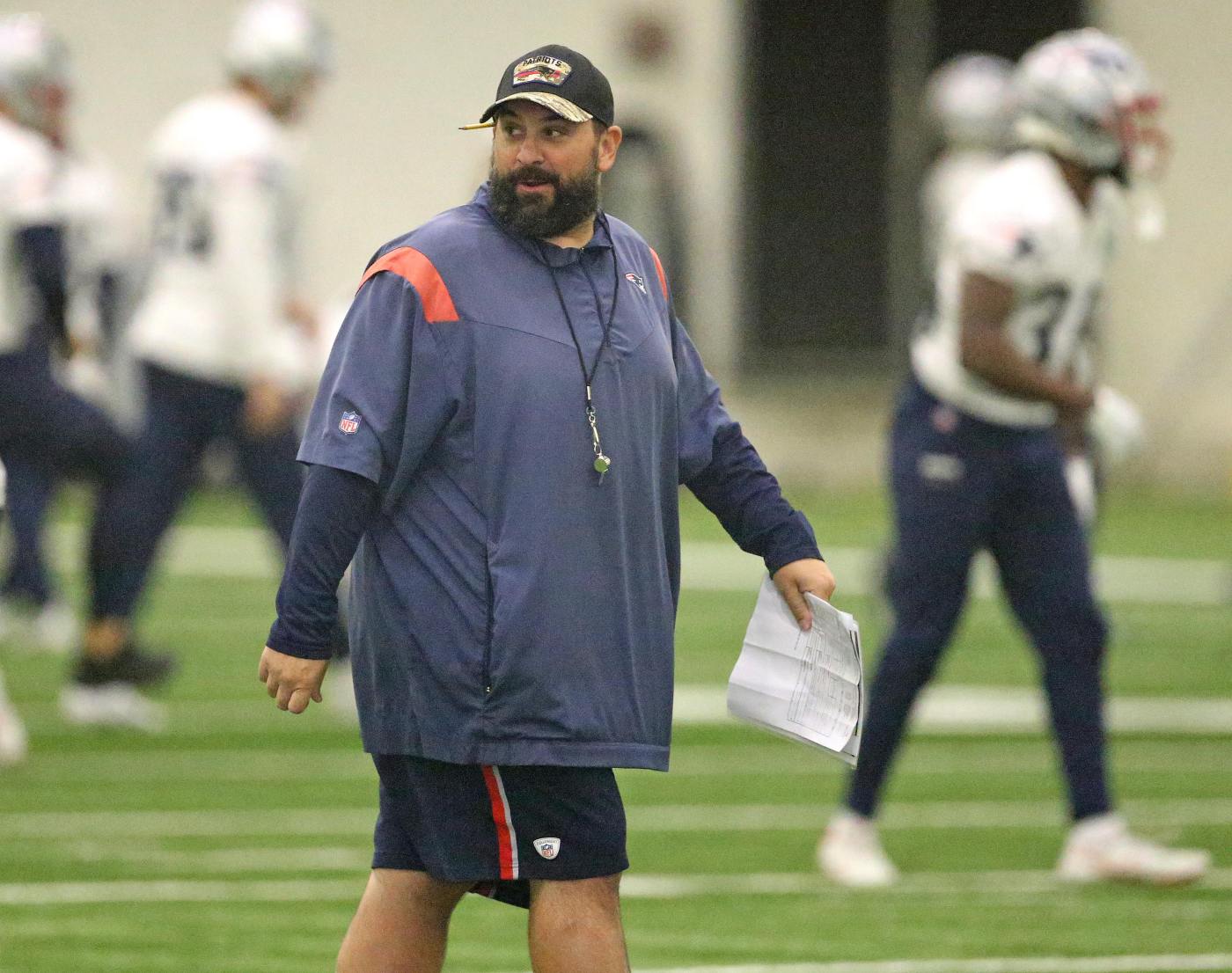 Four months into the season, and the Patriots are still having spacing issues with receivers on offense.

Against the Bengals Saturday night, on the very first third down conversion attempt in the first quarter, Hunter Henry and Jonnu Smith both ran crossing routes, and slammed into each other leaving Henry injured.

Also on that play, which was a 3rd-and-4 situation, there was no one remotely in the vicinity of the first down marker. Four of the five receivers used on the play, which included running back Rhamondre Stevenson, ran routes that took them more than 10 yards down field.

Quarterback Mac Jones wound up taking a sack, which killed the first drive.

So between play design and continued spacing problems, was there any concern with the coaches about these issues still happening so late in the season?

“Sometimes the details may be a little off, but I wouldn’t say it’s something that’s been a major problem for us,” Brown said. “Sometimes the details may be a little bit off, but that happens. I watch film all the time. It happens to just about every team around the league from time to time. So obviously, you want to go out there and be perfect. Detail mistakes aren’t acceptable. We do everything we can to get them corrected.”

On the second drive, facing another third down, there also seemed to be a miscommunication between Jones and the receivers, leading to another punt.

Play caller Matt Patricia was asked why such things are happening so late in the season, and who wasn’t getting it?

Patricia, who barely had a voice thanks to a case of laryngitis, attempted to explain.

“We went into that play, we had a play that we practiced, and thought we had a couple of good options on it,” said Patricia, regarding the first failed third down. “I think we saw the play a little differently on the field. We just have to clean that up from that standpoint.

“Certainly, those plays came up later in the game, and we executed them well. We obviously didn’t do a very good job on third down in the first half, trying to get a feel for some of the different looks they had. But we came out in the second half, and I think we went 6-for-6, somewhere around that. So we got a lot of that cleaned up at halftime . . . but not the way you want to start, certainly from that aspect of it.”

How about play design and execution still being an issue 15 weeks in?

“It’s definitely something you don’t want to have happen during the game,” said Patricia. “You gotta get it fixed.”