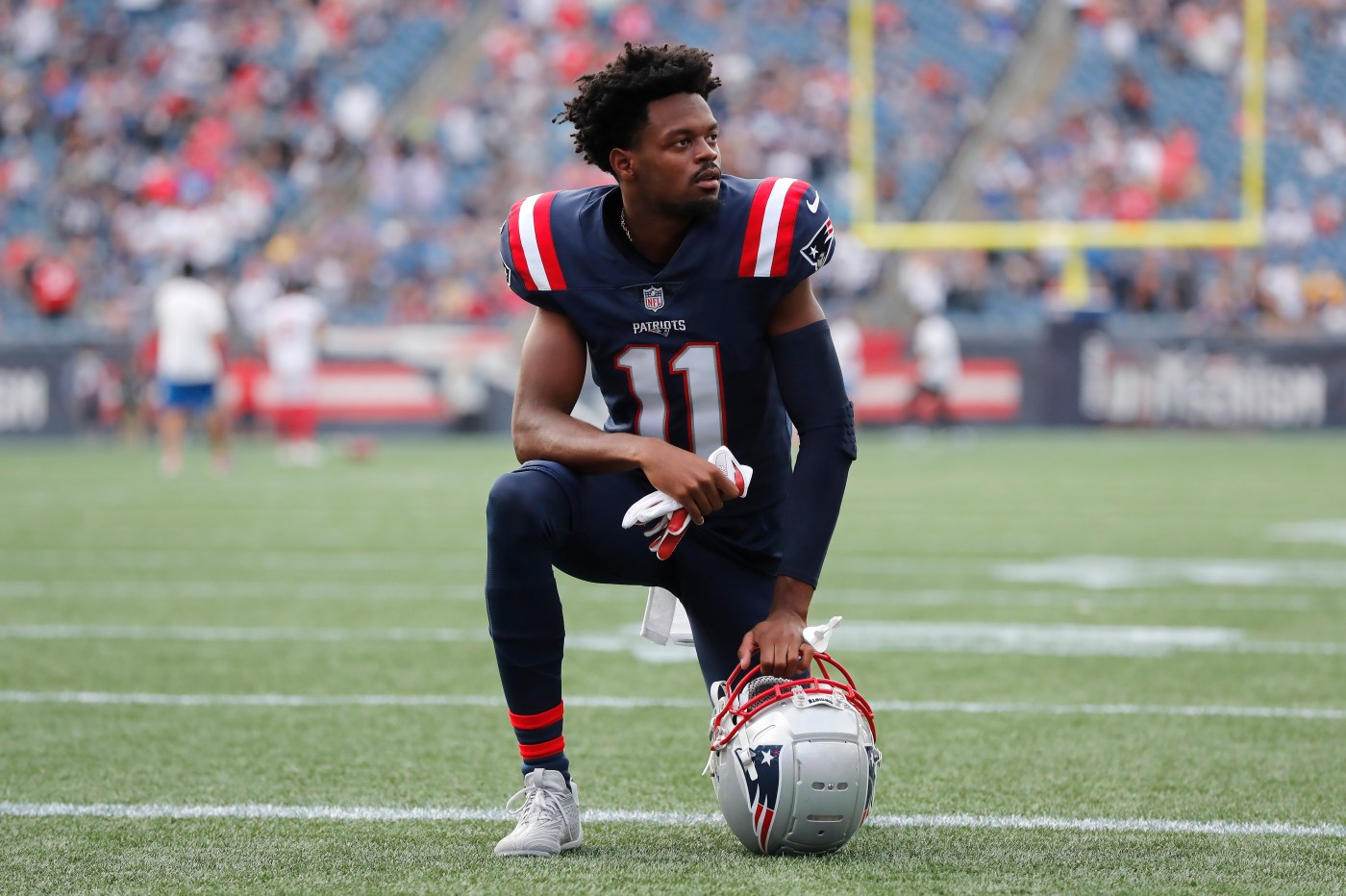 FOXBORO — Patriots rookie wideout Tyquan Thornton is the fastest player on the roster. That goes for running speed and recovery time.

Thornton returned to the field Sunday less than two months after breaking his collarbone in an August preseason game. He caught two passes for seven yards, both second-most among wide receivers. When Lions defensive end Aidan Hutchinson slung him down at the end of his first catch, a 2-yard screen, it marked the first time Thornton had been hit since the injury.

But, he got up quickly.

“It was definitely like an ‘I’m cool’ moment,” Thornton said. “The first time really getting brought down to the ground since the injury, so it was kind of motivating.”

As his recovery grew closer to Week 5, the first time Thornton was eligible to be activated off injured reserve, his spirits picked up, according to teammates. He practiced Wednesday in a non-contact jersey, then shed it Thursday and rotated with the team’s other top wideouts Sunday. Thornton figures to be a fixture in that rotation moving forward.

On Sunday, veteran wideout Nelson Agholor was sidelined by a new hamstring injury, and DeVante Parker went catchless. In Thornton’s absence, both went for 100-yard games in Weeks 2 and 3. Jakobi Meyers took his turn with a 100-yard performance Sunday. Perhaps the kid will be next.

“Watching my guys go out there and fight their hearts out, that motivated me,” Thornton said. “It was a day-by-day thing because one thing about the process: you can’t cheat it. So you’ve gotta go in day in and day out, and put your best foot forward and get better.”