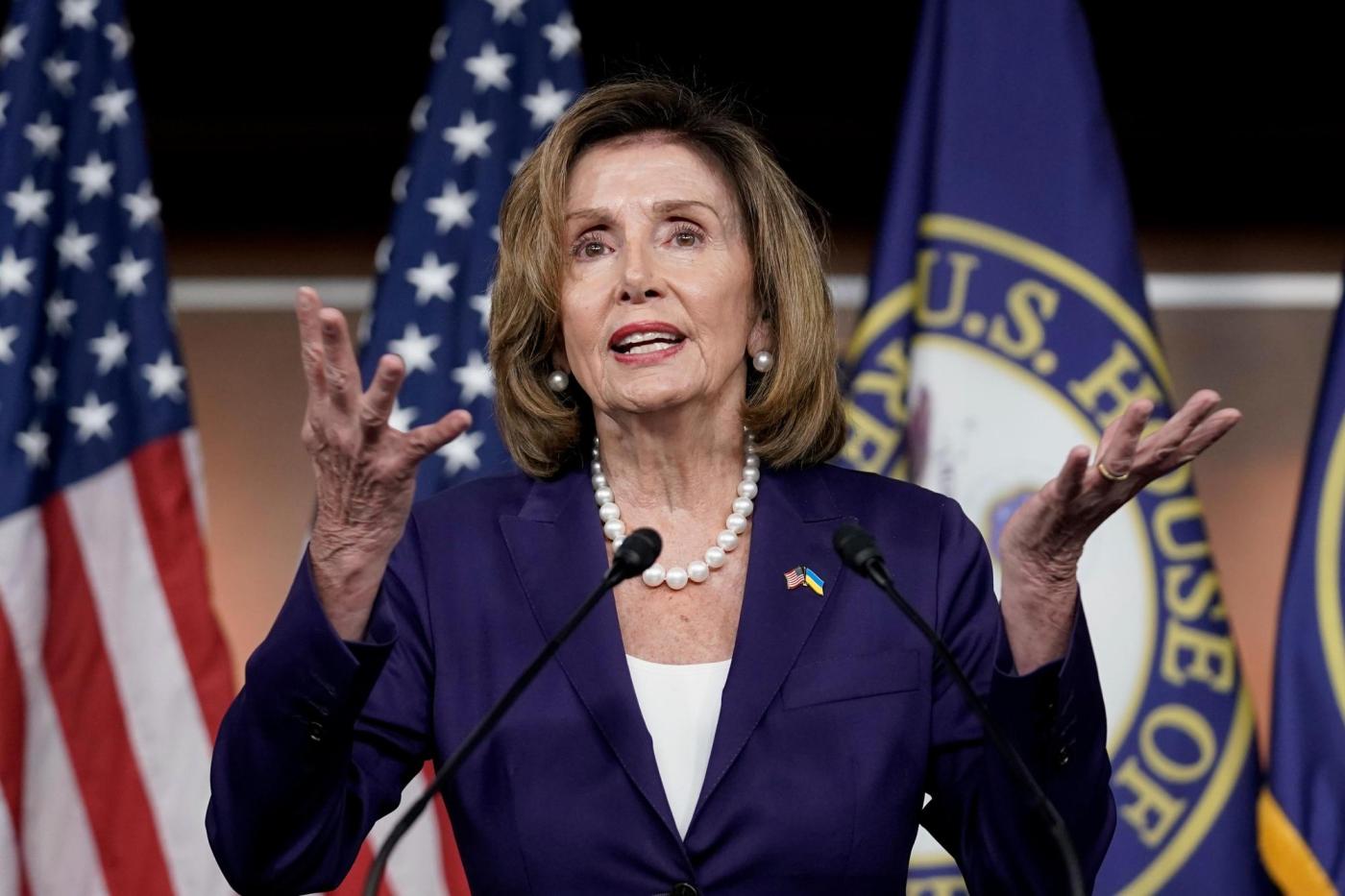 WASHINGTON (AP) — The White House on Monday decried Beijing’s rhetoric over an expected visit by House Speaker Nancy Pelosi to Taiwan, vowing the United States “will not take the bait or engage in saber rattling” and has no interest in increasing tensions with China.

White House National Security Council spokesman John Kirby underscored that the decision on whether to visit the self-ruled island that China claims as its own was ultimately Pelosi’s. He noted that members of Congress have routinely visited Taiwan over the years.

Kirby said administration officials are concerned that Beijing could use the visit as an excuse to take provocative retaliatory steps, including military action such as firing missiles in the Taiwan Strait or around Taiwan.

“Put simply, there is no reason for Beijing to turn a potential visit consistent with long-standing U.S. policy into some sort of crisis or use it as a pretext to increase aggressive military activity in or around the Taiwan Strait,” Kirby said.

The Biden administration pushed back on Beijing as Pelosi held talks with officials in Singapore on Monday at the start of her Asian tour.

While there have been no official announcements, local media in Taiwan reported that Pelosi will arrive Tuesday night, making her the highest-ranking elected U.S. official to visit in more than 25 years. The United Daily News, Liberty Times and China Times — Taiwan’s three largest national newspapers — cited unidentified sources as saying she would arrive in Taipei after visiting Malaysia and spend the night.

Talk of such a visit is sparking fury in Beijing, which regards Taiwan as its own territory and has repeatedly warned of “serious consequences” if the reported trip goes ahead.

“Those who play with fire will perish by it,” Zhao said. “We would like to once again admonish the U.S. that we are fully prepared for any eventuality and the PLA will never sit idly by.” The People’s Liberation Army is China’s military.

Chinese President Xi Jinping also warned the U.S. against meddling in Beijing’s dealings with the island in a phone call last week with President Joe Biden.

China has been steadily ratcheting up diplomatic and military pressure on Taiwan. Threats of retaliation for a visit by Pelosi have driven concerns of a new crisis in the Taiwan Strait, which separates the two sides, that could roil global markets and supply chains.

Beijing sees official American contact with Taiwan as encouragement to make the island’s decades-old de facto independence permanent, a step U.S. leaders say they don’t support. Pelosi, head of one of three branches of the U.S. government, would be the highest-ranking elected American official to visit Taiwan since then-Speaker Newt Gingrich in 1997.

“What I can say is this: this is very much precedent in the sense that previous speakers have visited Taiwan, many members of Congress go to Taiwan, including this year,” Secretary of State Antony Blinken said. “And so, if the speaker does decide to visit and China tries to create some kind of crisis or otherwise escalate tensions, that would be entirely on Beijing.”

Taiwan and China split in 1949 after the Communists won a civil war on the mainland. Both sides say they are one country but disagree over which government is entitled to national leadership. They have no official relations but are linked by billions of dollars of trade and investment.

The United States switched diplomatic recognition from Taipei to Beijing in 1979, but maintains informal relations with the island. Washington is obligated by the Taiwan Relations Act, a federal law, to see that Taiwan has the means to defend itself.

Washington’s “One China policy” says it takes no position on the status of the two sides but wants their dispute resolved peacefully. Beijing promotes an alternative “One China principle” that says they are one country and the Communist Party is its leader.

“We expect to see Beijing continue to use inflammatory rhetoric and disinformation in the coming days,” Kirby said. “The United States, by contrast, will act with transparency.”

Singapore’s Foreign Ministry said Lee welcomed a U.S. commitment to strong engagement with the region, and the two sides discussed ways to deepen U.S. economic involvement through initiatives such as the Indo-Pacific Economic Framework.

Lee and Pelosi also discussed the war in Ukraine, tensions surrounding Taiwan and mainland China, and climate change, it said in a statement. Lee “highlighted the importance of stable U.S.-China relations for regional peace and security,” it added, in an apparent allusion to reports of Pelosi’s visit to Taiwan.

Pelosi has said she is visiting Singapore, Malaysia, South Korea and Japan in a tour to discuss trade, the COVID-19 pandemic, climate change, security and “democratic governance.”

On Thursday, Pelosi is to meet with South Korean National Assembly Speaker Kim Jin Pyo in Seoul for talks on security in the Indo-Pacific region, economic cooperation and the climate crisis, Kim’s office said in a statement.

It declined to provide further details about her itinerary, including when she is arriving in South Korea and how long she’ll stay. Pelosi’s schedule for Wednesday remains unclear and there were no details on when she will head to Japan.