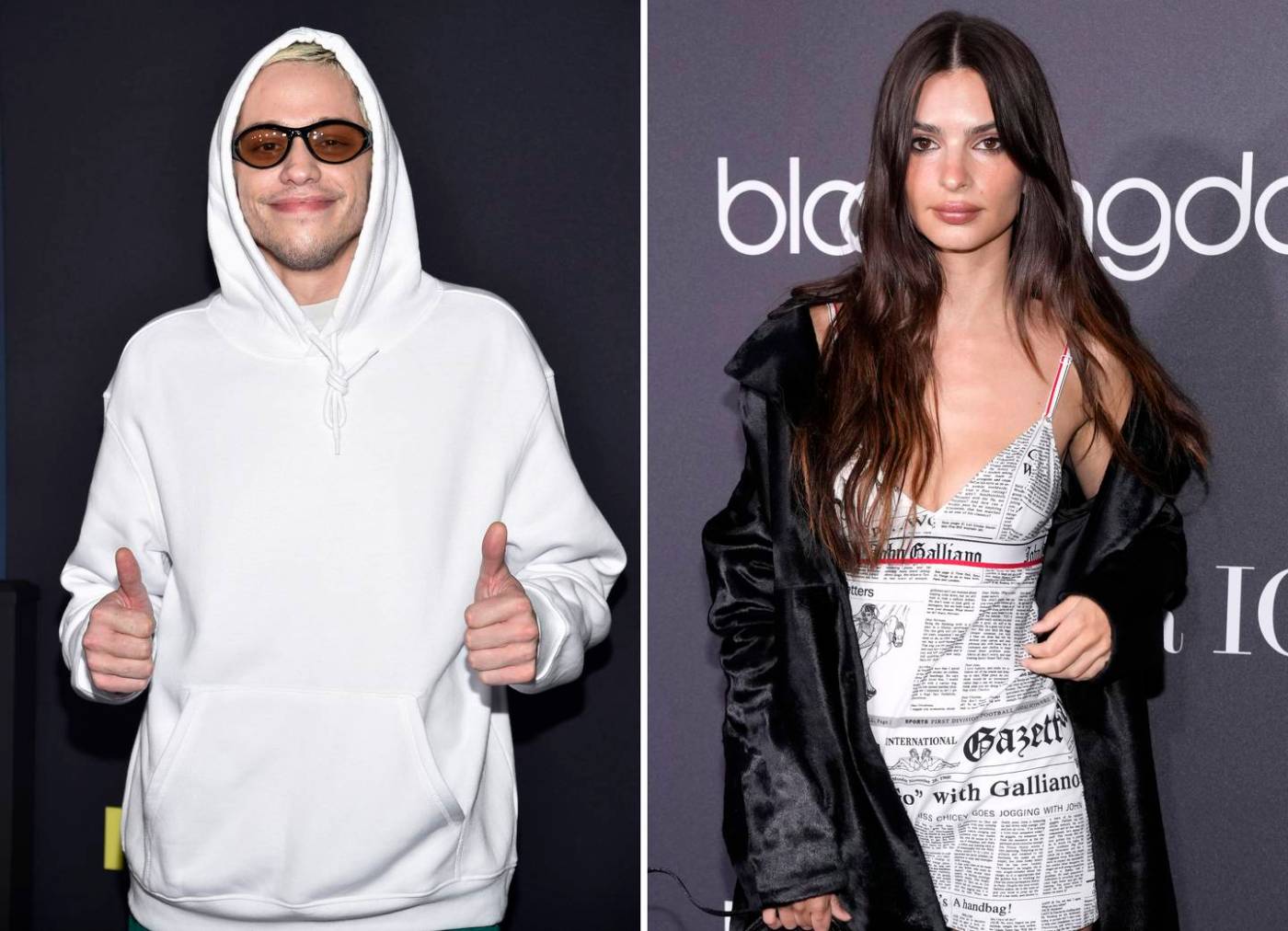 Comic Pete Davidson and model Emily Ratajkowski are dating, according to new reports.

Davidson, who split up with Kim Kardashian in August, and Ratajkowski, who left her allegedly philandering husband of nearly four years around the same time, recently found each other, several outlets reported Monday.

“Pete and Emily have been talking for a couple months now,” an anonymous source told Us Weekly. They’re “in the very early stages, but both really like each other.”

Ratajkowski, 31, left husband Sebastian Bear-McClard in July, just shy of four years of marriage. She filed for divorce in September. They are parents of 20-month-old son Sylvester.

Mutual friends set them up, reported Us Weekly.

“Pete makes Emily laugh, and he loves how intelligent she is,” the source told Us.

“I can tell you that I have never been single before,” Ratajkowski said in an interview with Harper’s Bazaar last month.

“I feel all the emotions. I feel anger, sadness. I feel excitement. I feel joy. I feel levity. Every day is different. The only good thing I know is that I’m feeling all those things, which is nice because it makes me believe that I’ll be okay.”

Since her split, Ratajkowski was linked to Brad Pitt for a time. Davidson is known for dating celebrities including Ariana Grande — the two were engaged in 2018 — and Kate Beckinsale, along with Kardashian.