Todays Though > News > Peter Jensen: Life lessons to Tom Brady from someone who has been there, done that
News

Peter Jensen: Life lessons to Tom Brady from someone who has been there, done that 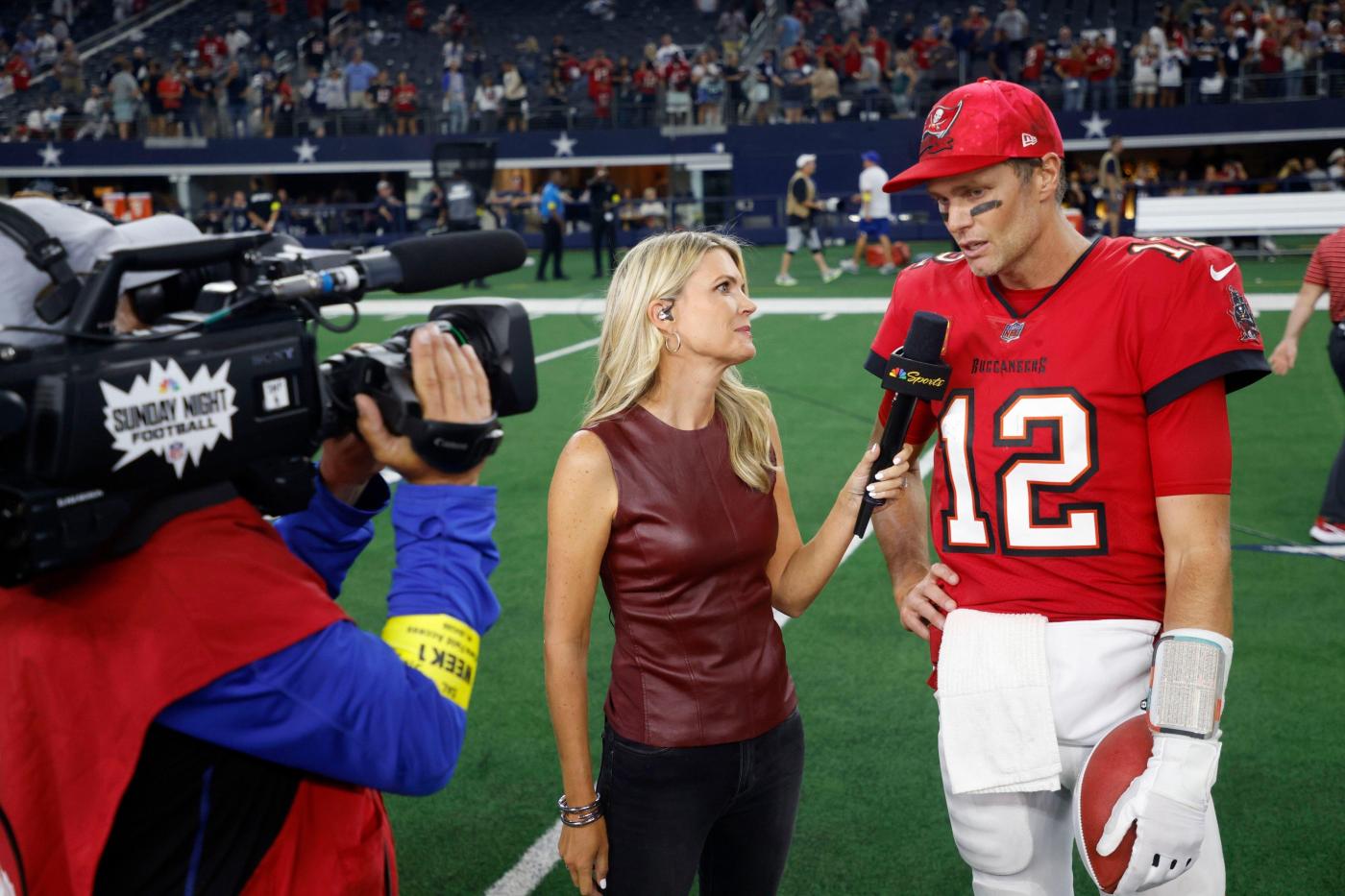 I happened to be watching television this past weekend when I stumbled upon a gentleman doing his demanding job near-flawlessly at an advanced age despite the chorus of doubters around him. Yet he found himself in conflict with his disapproving spouse. I instantly recognized the fellow. Why, that was me. The similarity was uncanny. High achiever? Check. Working hard? Of course. Laboring in an environment where 11 large men are doing their best to crush and cause serious, permanent injury to you at every turn? Well, I’m still working from home most days thanks to COVID-19, but I completely get the idea of a shared workspace. And finally, of course, there’s the matter of marrying the woman of your dreams who now wants you to toe the line and make some changes. Check and check.

The man in question was Tom Brady, quarterback of the Tampa Bay Buccaneers. But the back of his jersey could just have easily read “Jensen” had he just been a little less tall, a bit heftier and mustachioed, and a great deal less athletically talented. Most Americans know about Thomas Edward Patrick Brady Jr., 45, the winningest quarterback in National Football League history and seven-time Super Bowl champion. If not for his football prowess, then for his marriage to 42-year-old supermodel Gisele Bündchen, who reportedly did not want him back playing in the NFL this year.

Its almost eerie how we have followed similar paths. He was born in California. I wasn’t. He played varsity sports in high school. I didn’t. Heavily recruited (nope), he ultimately went to University of Michigan on a scholarship (not me). He won the Rose Bowl and was recruited by the New England Patriots. I witnessed both events on television. Spooky, isn’t it? Where our paths really cross, however, is not playing football or even not having your athletic gear fully inflate in 2015 (please don’t make me explain) but in how to deal with aging and major life events with grace, dignity and the approval of one’s significant other.

Tom, and I think I’m allowed to call you by your first name at this point, my alter ego, the secret is to know when to move on. I once cavorted on the fields of life. I know you’ve been judged the GOAT or Greatest Of All Time, but I’ve often been compared to barnyard animals without the acronym. You know you’ve still got skills and perhaps you’re worried that life won’t be as good away from the gridiron even if your next job is in the broadcast booth or as a TV pitchman. Let me assure you it won’t be. I mean are you freaking kidding me? You think attractive women like Gisele are pining away at the chance to hang out with Greg Gumbel or Kenny Albert? Please. OK, OK, maybe Al Michaels but she’d probably make you say, “Do you believe in miracles?” over and over again. And, hey, that would be weird. Unless that’s your cup of tea to which I say, I think we’re getting a little off topic here, my brother.

Here’s the good news about transitioning to the AARP years, Tom. People will give you a little space. You’re no longer seen as a threat. Memories of your greatest days will fade. Eventually, you’ll be invited to “Dancing With The Stars,” “The Masked Singer” or some other cheesy reality TV show where you just have to humiliate yourself each week for ratings. But you won’t have to worry so much about getting overwhelmed by autograph seekers. Reporters won’t be copying down your every word. Paparazzi will take a photo of your wife and identify you as “companion” or some such. These are good things, Tom. I was once in your cleats or, more accurately, your dress oxfords (if you bought them at Target) picking up second place awards in the local press association features writing contest. You can’t sustain that kind of excellence, forever, Tom. Eventually, someone younger comes along who truly knows how to use a semicolon or the difference between “rein” and “reign,” and where does that land you? In the recycling bin, pal, with the rest of yesterday’s news.

Play the string out, Tom-Tom, but cherish the memories of your days in the sun. Your family is not a consolation prize. You are bound to discover — if you didn’t already realize it — that they are the best thing going on in your life. Not the trophies, not the accolades, not even the big paycheck (although we do kind of part company on that experience). Trust me, your wife doesn’t have to be a supermodel to tell you exactly what you should be doing from this day forward and for the rest of your life. Every. Single. Hour. Oh, you can count on it.

Peter Jensen is an editorial writer at The Sun; he can be reached at [email protected]m.