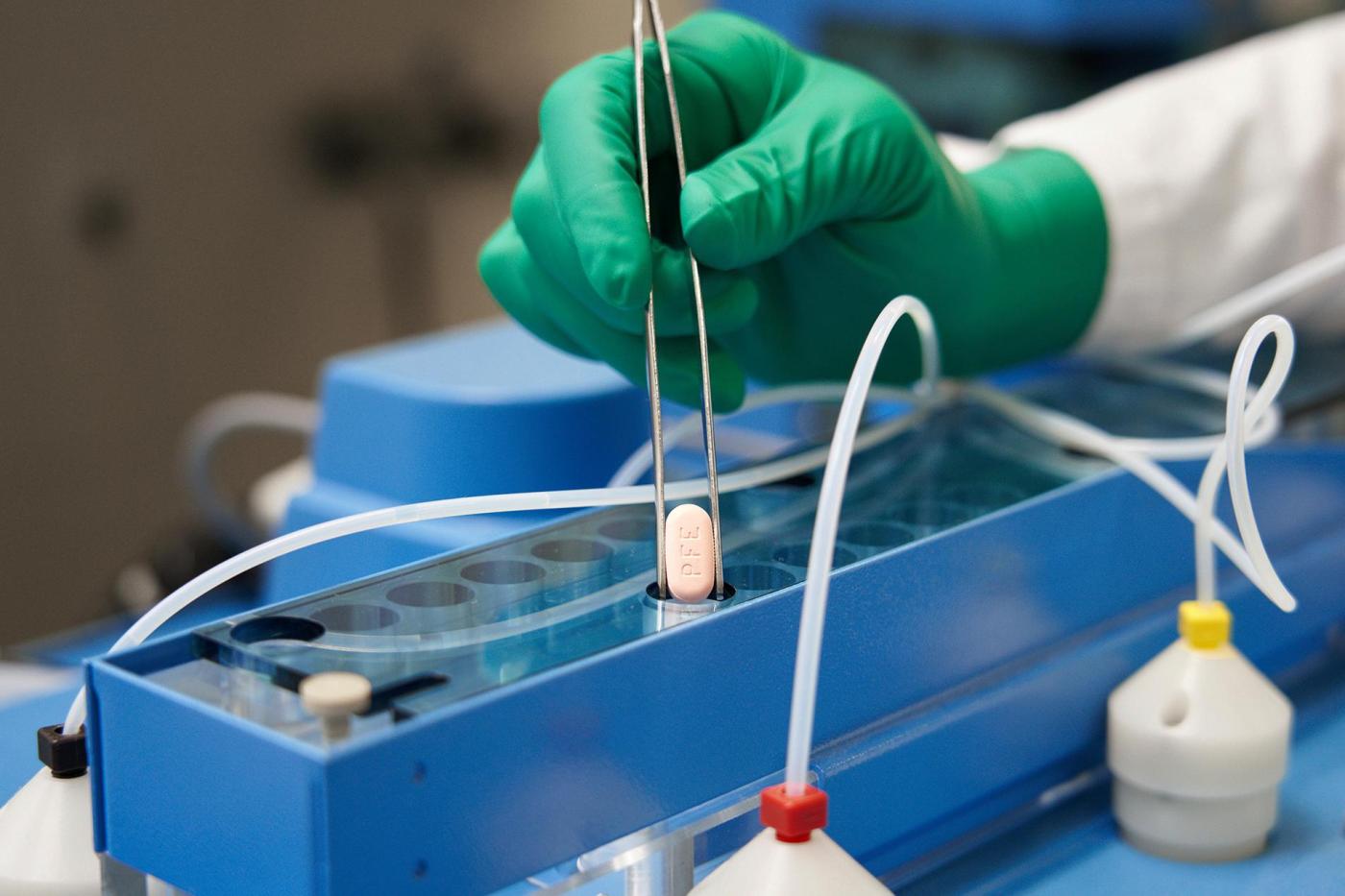 Pfizer Inc.’s blockbuster Paxlovid antiviral that lowers rates of illness and death in people infected with the coronavirus also cuts the risk of some symptoms of disabling long COVID, a study found.

Taking the oral medication within five days of testing positive for a SARS-CoV-2 infection was linked to a 26% lower risk of lingering post-viral complications, researchers with the Veterans Affairs St. Louis Health Care System said in the study. That equates to 2.3 fewer cases of long COVID within three months of infection for every 100 patients treated, according to the findings released Saturday on the medRxiv server ahead of publication in a peer-reviewed journal.

The research, based on an analysis of electronic health records in databases maintained by the Department of Veterans Affairs, is the first study to look at Paxlovid’s longer-term effects, said Eric Topol, founder of the Scripps Research Translational Institute in La Jolla, California. It suggests that wider use of the treatment won’t just stave off critical disease during the acute phase of infection, but will limit patients’ likelihood of longer-term problems.

“Before this report, the only way we have known to reduce long COVID was to avoid a COVID-19 infection (100% effective!) and some reduction afforded by prior vaccination and boosters, the level of that protection mostly in the range of 30 to 50%,” Topol, who wasn’t involved in the study, said in a blog post. The VA study adds a third approach, he said.

Long COVID is estimated to afflict almost 150 million people worldwide and predicted to cost $3.7 trillion in the U.S. alone.

The condition is of “profound urgency,” according to Anthony Fauci, U.S. President Joe Biden’s top medical adviser. “This is a very troublesome virus — not only in its acute effects, but in the not-yet-fully appreciated potential long-term effects,” Fauci said Sept. 26 in an interview.

No one knows yet what causes the constellation of long-haul symptoms that the U.S. National Institutes of Health calls post-acute sequelae of COVID-19, or PASC. The NIH is funding a late-stage trial in early 2023 that will test whether Paxlovid, given twice a day for 15 days, can relieve long COVID symptoms.

Paxlovid is authorized by the U.S. Food and Drug Administration for treatment of acute COVID-19 illness in people with one or more risk factors for progression to severe disease. It’s the top oral treatment for the virus, far outpacing Merck & Co.’s Lagevrio, also called molnupiravir.

The latest study analyzed electronic health records of users of the VA network, the largest integrated health-care system in the U.S. Researchers compared 9,217 COVID-19 patients treated with Paxlovid against 47,123 patients who didn’t get the antiviral or antibody treatment within the first month of a SARS-CoV-2 infection.

The Paxlovid study is based on observational findings, which are more prone to bias than a randomized trial, said Bob Wachter, chair of medicine at the University of California, San Francisco. Even so, “the results are convincing,” he said.

“Paxlovid uptake remains well below where it should be given its benefits, and these data should convince more doctors to prescribe it and more patients to take it — particularly patients over 60, in whom the benefits in preventing hospitalization and death are best demonstrated,” Wachter said in an email.

The average age of patients in the study was 65. They caught COVID-19 in the second quarter of 2022 and were followed until Aug. 31. They were mostly white males, which might limit how generalizable the findings are to other groups, the authors said.

It’s not yet known whether Paxlovid prevents long COVID in patients younger than 50, and it probably shouldn’t be prescribed in this group since there is no evidence of a benefit on acute outcomes in the younger age group, Wachter said.

The researchers found that taking Paxlovid for five days at the start of a SARS-CoV-2 infection reduced the risk of some PASC symptoms, including heartbeat and blood clotting abnormalities, fatigue, muscle pain, neurocognitive impairment and shortness of breath. Not all long COVID symptoms were prevented, and the authors reasoned that different conditions may be driven by different biological mechanisms, including some that are attenuated by antiviral therapy.

It’s not yet clear whether a longer course of treatment, a stronger dose, or both, may reduce long COVID risk even more, the authors said.

A five-day course was also associated with a 48% lower risk of dying and a 30% decreased risk of being hospitalized 30 to 90 days after a positive COVID-19 test. The benefits were seen across individuals who were unvaccinated, vaccinated, and boosted, and in people who were treated for either a first or subsequent COVID-19 infection.

The risk of health problems from a SARS-CoV-2 infection appears cumulative, Al-Aly’s research has shown.

“This and other studies illustrate that patients with prior infections should be as careful as patients who have never been infected in terms of COVID-prevention behaviors,” Wachter said. “Recurrent infections are common and there is a cumulative toll.”