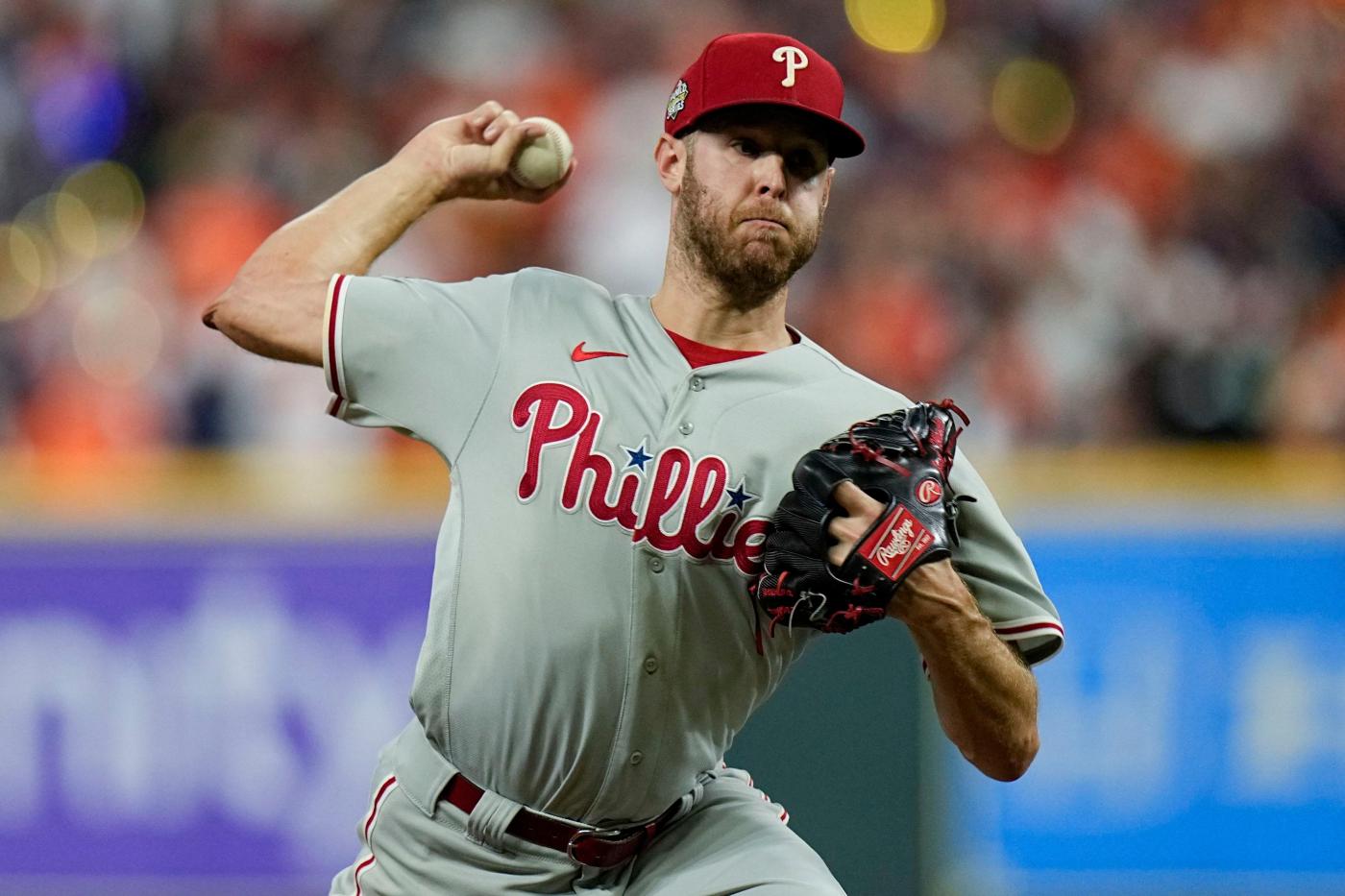 PHILADELPHIA — The Philadelphia Phillies insist Zack Wheeler isn’t injured, even though they can’t seem to tamp down the narrative.

The Phillies ace and the former Mets right-hander benefitted from Monday’s World Series rainout, getting extra rest after his disastrous Game 2 loss. He was expected to start Game 5 on Thursday but the Phillies aren’t using him at home, instead choosing to push his next start back to allow for extra rest and treatment. His former Mets’ teammate Noah Syndergaard will start Game 5 at Citizen’s Bank Park against the Houston Astros.

“They’re all getting extra treatment this time of year,” Thomson said Tuesday afternoon before Game 3. “But, yeah, I’m really confident he’ll be ready to go.”

Thomson insisted Wheeler is just fatigued and it might stem from an injured list stint in September. Wheeler missed time with forearm tendinitis and bounced back nicely, allowing only a single earned run over his final three starts of the regular season, but has suddenly hit a wall in the postseason.

“So when he went on the IL, we brought him back, and not that we rushed him, but we ramped him up pretty quick, and I think that took its toll on him a little bit,” Thomson said. “I think that’s why you’re seeing now the velocity go down a little bit. So I’m hoping the extra couple days will help him.”

But just how much they’ll help him is yet to be determined. If the arm fatigue is as bad as the club is saying, then will Wheeler even be able to pitch with his full arsenal? It wasn’t necessarily the four runs that were concerning, it was how he gave them up.

Wheeler walked three batters in his first World Series start and his velocity was down nearly 3 MPH. More concerning was that he left everything over the plate.

Wheeler’s long, wispy arm action makes his pitches exceptionally deceptive but the delivery also makes him somewhat injury-prone. He had Tommy John surgery in 2015 when the Mets reached the World Series, he dealt with biceps tendinitis in 2017, shoulder fatigue and a stress reaction. Now 32, the big righty has been mostly healthy with the Phillies.

But if he doesn’t have his hardest stuff in Game 5, he’ll have to figure out how to get outs without the velocity.

“I think there’s probably a lot of conversation with the trainers and strength and conditioning and trying to figure out, ‘OK, how do we adjust my program, what did I do differently, maybe?’” Thomson said. “And I think there is a part of it where you have to think about, ‘OK, if I don’t have my velocity, what am I going to do? Am I going to lean more on my slider or my curveball or my changeup.’ Really focus on commanding the ball. You got to figure it out if you don’t have your best velocity.”

There’s a domino effect tied to Wheeler. With the Phillies up 2-1 in the seres, they could clinch the championship on Thursday, but would they really want to send Syndergaard or Kyle Gibson to the mound in a clinching scenario? Leaving Wheeler, who finished second in NL Cy Young Award voting last season, in the dugout in a clinching scenario is a gamble. Going to the bullpen for nine innings in any postseason series is a gamble, but it’s typically done when a starter isn’t available on full rest and the Phillies are willing to give Wheeler more risk.

Of course, whether it’s Wheeler or Syndergaard on the mound with a chance to bring a World Series to another NL East town it’s still a nightmare scenario for the Mets. They both chose to leave the Mets and when Wheeler went to the Phillies it capped some contentious back-and-forth between him and former Mets general manager Brodie Van Wagenen.

Much has been made about Wheeler and Syndergaard pitching the Mets’ rival to a World Series, but now the storyline has become whether or not Wheeler is healthy enough to win one.