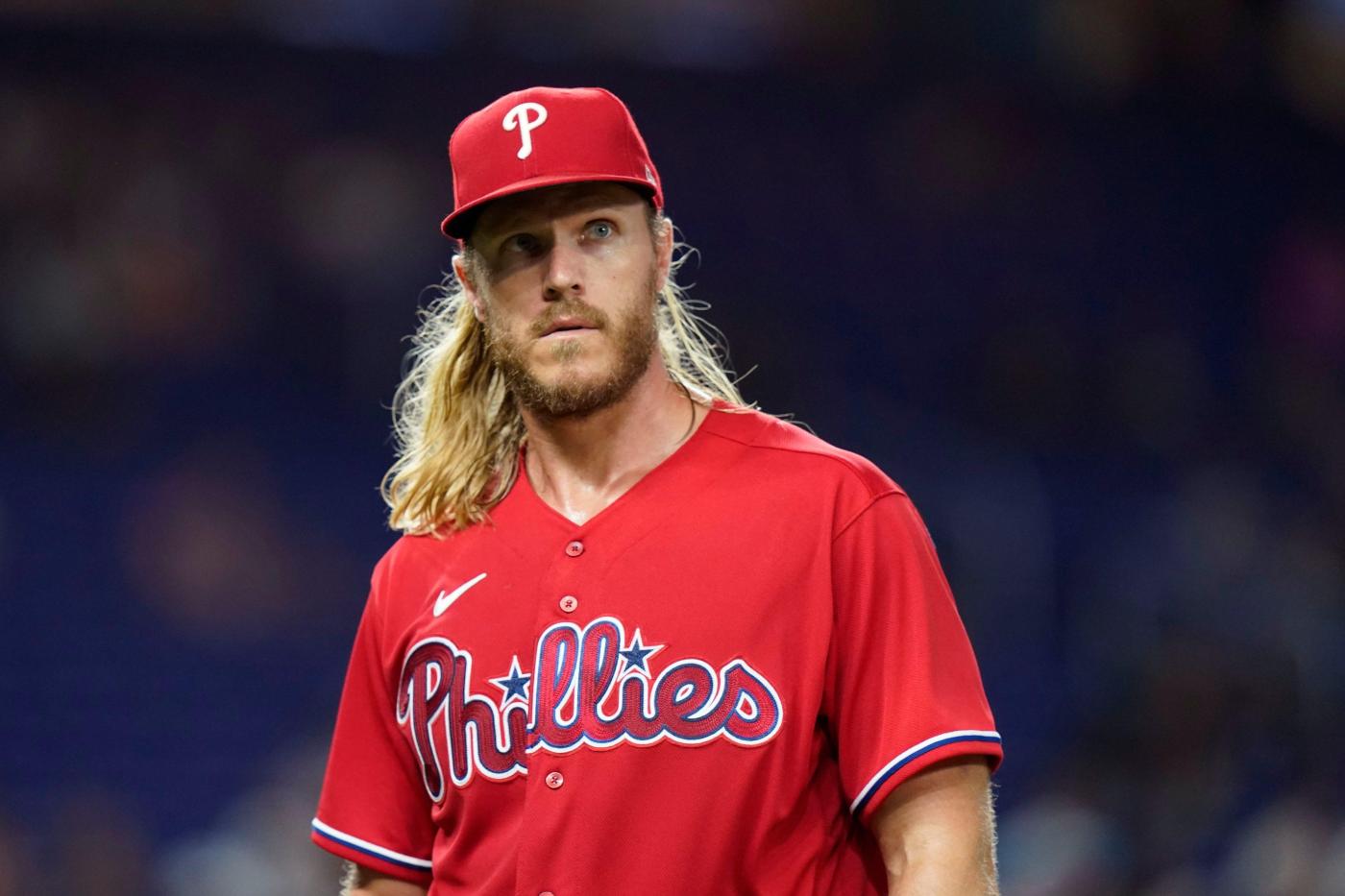 PHILADELPHIA — The Noah Syndergaard that will start Game 5 of the World Series for the Philadelphia Phillies is not the same pitcher who won a World Series game for the Mets seven years.

This is not the same pitcher that pulled a Nuke LaLoosh by throwing at Alcides Escobar’s head in Game 3 of the 2014 World Series against the Kansas City Royals. This isn’t the same Syndergaard that blew away hitters with 100-MPH fastballs and took on a superhero persona.

This is a different Syndergaard. Syndergaard 2.0 has been humbled through injuries and ineffectiveness. He grew up and realized he is not, in fact, a superhero and he lost the spotlight.

But it will shine on him once again Thursday night.

“Just the whole opportunity just kind of gives me chills,” Syndergaard said Wednesday before Game 3 against the Houston Astros.

The Phillies are relying on a pair of former Mets to pitch them to their first championship since 2008 with Syndergaard starting Game 5 in Philadelphia and Zack Wheeler starting Game 6 in Houston. It’s almost as if the Mets’ plan to build a team around big arms is finally coming to fruition, but for the team’s division rival.

Syndergaard and Wheeler were part of the Mets’ “Five Aces” rotation. But for all of the hype around Syndergaard, Wheeler, Jacob deGrom, Matt Harvey and Steven Matz, they never made a full turn through the rotation until 2018 and everything fell apart soon after.

It’s almost fitting that both of them ended up on the same team for a World Series contender considering how many times they were involved in trade rumors. The Mets tried to trade Wheeler to the Astros at the 2019 trade deadline for a package centered around outfielder Kyle Tucker. At one point, it looked like Syndergaard would go to the Yankees.

“Zack’s like a brother to me. I’m always rooting for him,” Syndergaard said. “I’m extremely happy for him and all these guys that really haven’t had the opportunity to taste playoffs. And now we are here in the World Series so it’s really exciting.”

It was always a matter of time before they departed Queens, but the paths they took to get get to the Phillies were very different.

Wheeler turned into a Cy Young contender in Philadelphia. The injury issues haven’t quite gone away but they haven’t appeared as often as they did in New York.

Syndergaard said he wanted to remain a Met for life, only to turn around and leave in free agency last winter. He took more money from the Los Angeles Angels while the Mets searched for a general manager. The fans that once adored Thor instantly turned on him.

But going to Orange County was probably beneficial for Syndergaard in the long run. He hadn’t pitched more than two innings since 2019 and his velocity had diminished. He lost about five ticks off of his fastball and about the same on his slider, which was once his deadliest pitch. He went 10-10 with a 3.94 ERA this season.

“Coming back from Tommy John, I haven’t possessed the ability to throw a hundred miles an hour, off-speed stuff hasn’t been the same,” he said. “So I’ve really had to adapt and change my way of pitching.”

Now 30, Syndergaard was forced to undergo a transformation of sorts and learn to get outs without the fireballs and the sharp slider.

“It forced me to focus on executing my pitches and being less internal on the mound and more focused on like the external and results,” Syndergaard said. “I think really my Achilles Heel my entire career has been focusing on what my body is doing during the game as opposed to just focusing on getting the hitter out. I think that’s what really helped me this year.”

It’s much easier to struggle on the West Coast than in New York. And he still struggled in Philadelphia, moving into an unfamiliar bullpen role.

But the World Series is a familiar stage for Syndergaard, which is why manager Rob Thomson decided to use him for Game 5.

“He’s a pretty cool customer,” Thomson said. “Nothing really rattles him. He’s a lot like Ranger [Suarez] in that way. So he’s going to do his thing. He’s going to go out and throw strikes. He’s going to challenge guys and try to mix it up and keep them off balance. But the moment’s not going to be too big for him.”

It’s the biggest start of Syndergaard’s career. It could show how far he’s fallen since leaving the Mets, or it could return him to prominence.

“I just try to go out there and have success in whichever role they choose to use me in,” Syndergaard said. “I think it’s going to be really cool to have the opportunity to go toe-to-toe with Justin Verlander.”