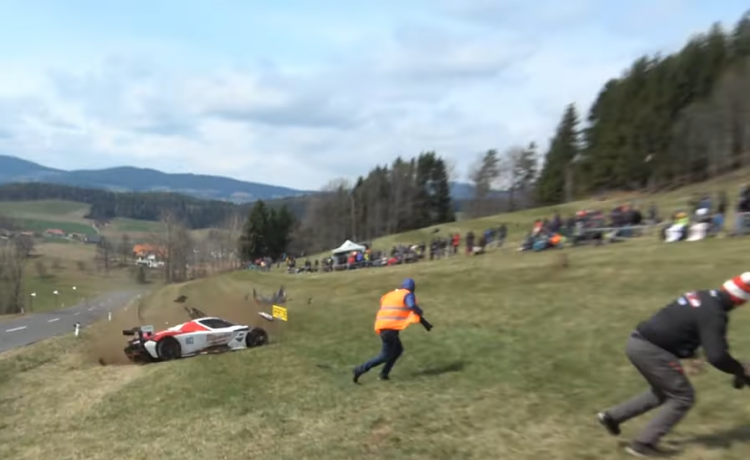 A cameraman filming at the 2022 Pöllauberg Hillclimb event in Austria captured a pretty large incident involving a KTM X-Box GTX.

As you will see in the video below, the driver comes around a left-hand bend with either a little too much haste or was a bit too excited to stamp on the throttle coming out the corner. This caused the rear of the X-Box GTX to touch the grass and then send it aggressively in the opposite direction.

The force of this impact destroys the front of the car and sends it into a violent spin.

Photographers on the bank are forced to flee for cover to avoid getting taken out by the KTM. The car eventually slid to a stop on the side of the road.

The footage shows that the driver managed to escape unharmed which is the most important thing but some of those photographers might have made an oops in their underpants seeing the 1,048 kg hurtling towards them.