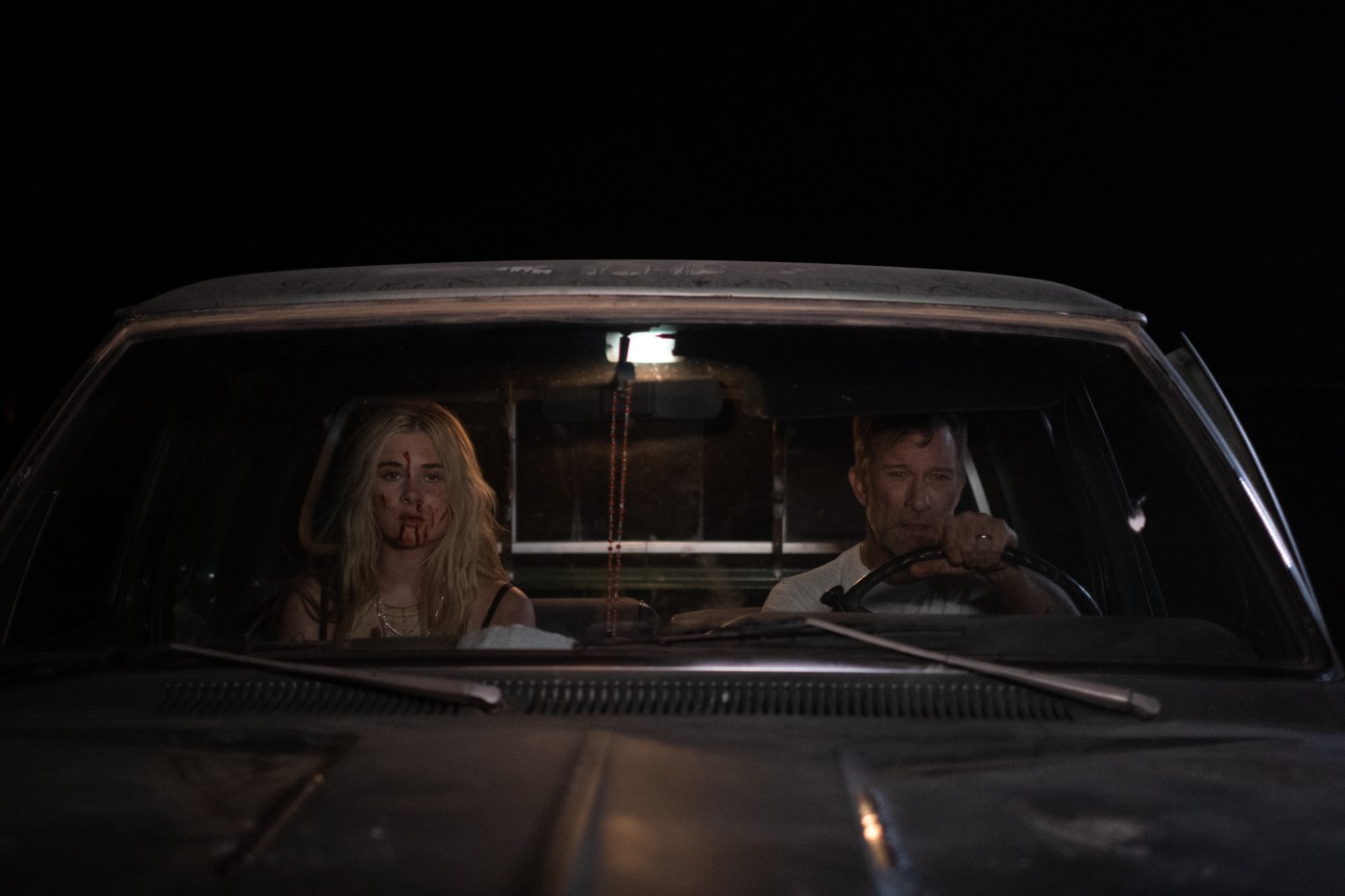 “Dig,” not to be confused with the far superior 2021 release “The Dig,” is like many films of its type a throwback to the low-budget B-movie film noirs of the 1940s and 1950s. A minimalist crime drama, “Dig” features aging action star Thomas Jane (“The Punisher”) as Scott Brennan, a contractor who in opening scenes can be seen driving his truck in some dusty, desert-like part of the United States (“Dig” was shot in New Mexico”) with his wife to retrieve their wayward 16-year-old daughter Jane (Harlow Jane). On the way back they are cut off. When hot-tempered Scott encounters the driver at a gas station, the man pulls a gun. Scott’s wife is killed, and Jane is left deaf by the gun’s blast. This is the set-up devised by first-time screenwriters Banipal Ablakhad and Benhur Ablakhad.

Director K. Asher Levin, who has helmed a lot of films I have never heard of, including an uncredited stint on 2018’s “Chicken Girls: The Movie,” keeps things notably minimalist. “Dig” boasts scenes of people driving along barren stretches of highway. The film, which was executive produced by Jane and costar Emile Hirsch (“Into the Wild”) among others, has a small cast, limited locations, including an abandoned house Scott is hired “to strip” a year after the events in the opening. He takes Jane, who has not spoken since the shooting that deafened her, with him. He communicates with Jane with a combination of lip-reading and sign language. Also with Scott and Jane is Scott’s employee Pablo. A violent, young criminal named Vic (Hirsch), who is armed and has a star tattooed beside his right eye, and his girlfriend take Scott and Jane captive. Vic wants them to dig up the patio and retrieve something he buried there some time earlier. Vic speaks in kind of delusional, colorful, not quite credible, country melange, and Hirsch tries to give his lines an odd-to-the-point-of-madness spin. I wonder if Vic’s unseen, older brother who had the nerve to go to college, is the product of some rancor between the screenwriters. Ever crazier than Vic is his sociopath girlfriend Lola (Liana Liberato, “A Million Little Things”). She also has a gun, which in her case looks like a toy. But it is not.

Scott and Jane have a camper they bring to the house to sleep in while Scott completes the job. Under the vigilant eyes of crazy Vic and Lola, Scott and Jane dig up the patio in the back and move about a ton of dirt and cement in less than day, using hand shovels. Surely, these screenwriters have never done a day’s hard work in their lives. Vic and Lola tediously threaten to shoot Scott and Jane over and over. A young “drifter” (David Makana), who left when Scott and Jane arrived, returns for the express purpose of being a substitute shooting victim. You would think that the action of “Dig” was going to conclude with the gas station shooter who caused all of Scott’s misery to return so that Scott could exact bloody vengeance. “Dig” features distressingly loud and distracting soundtrack music. At the worksite, Jane wears an impractical yellow camouflage ensemble. By the end of “Dig,” it seems like Scott and the film’s the makers have forgotten about the money stashed behind the house’s walls. Throwing money away seems to be this film’s metier.