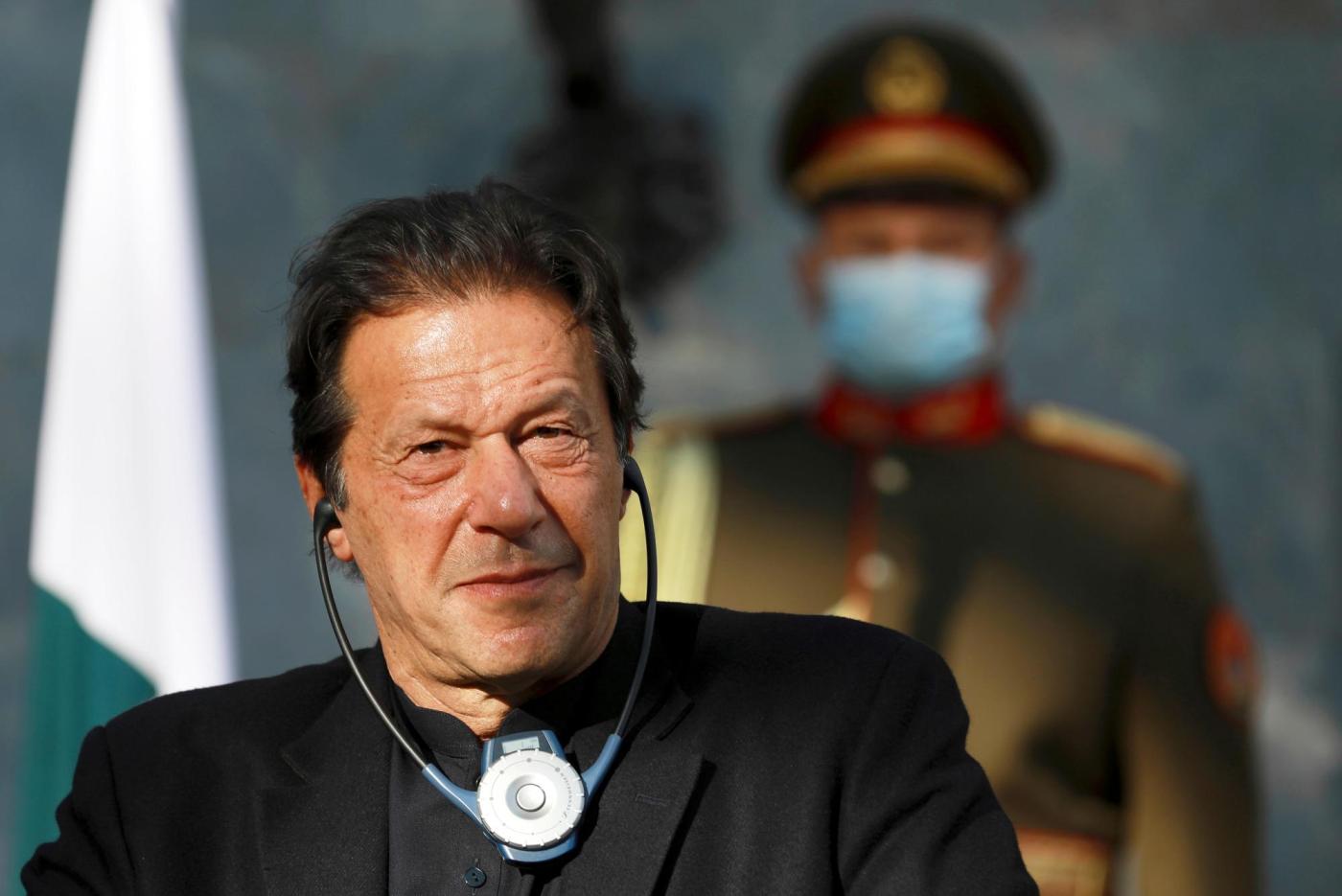 The charges followed a speech Khan gave in Islamabad on Saturday in which he vowed to sue police officers and a female judge and alleged that a close aide had been tortured after his arrest.

Khan himself has not publicly spoken about the latest charges against him. However, a court in Islamabad issued a so-called “protective bail” for Khan for the next three days, preventing police from arresting him over the charges, said Shah Mahmood Qureshi, a senior leader in his Tehreek-e-Insaf opposition party.

Hundreds of Tehreek-e-Insaf members stood outside Khan’s home on Monday in a show of support as the former premier held meetings inside. The party has warned that it will hold nationwide rallies if Khan is arrested while working to try to squash the charges in court.

“We will take over Islamabad and my message to police is … don’t be part of this political war anymore,” warned Ali Amin Khan Gandapur, a former minister under Khan.

Under Pakistan’s legal system, police file what is known as a first information report about charges against an accused person to a magistrate judge, who allows the investigation to move forward. Typically, police then arrest and question the accused.

The report against Khan includes testimony from Magistrate Judge Ali Javed, who described being at the Islamabad rally on Saturday and hearing Khan criticize the inspector-general of Pakistan’s police and another judge. Khan went on to reportedly say: “You also get ready for it, we will also take action against you. All of you must be ashamed.”

Khan could face several years in prison from the new charges, which accuse him of threatening police officers and the judge under Pakistan’s 1997 anti-terrorism law, which granted police wider powers amid sectarian violence in the country.

Khan has not been detained on other lesser charges levied against him in his recent campaigning against the government.

Also on Monday, a court in Islamabad ruled that contempt proceedings would begin Tuesday against Khan for threatening a judge, according to court officials. Usually, Pakistani courts pardon people if they apologize, although some politicians have also been convicted in the past for insulting judges.

The Pakistani judiciary also has a history of politicization and taking sides in power struggles between the military, the civilian government and opposition politicians, according to the Washington-based advocacy group Freedom House. Current Prime Minister Shahbaz Sharif likely will discuss the charges against Khan at a Cabinet meeting scheduled for Tuesday.

Khan came to power in 2018, promising to break the pattern of family rule in Pakistan. His opponents contend he was elected with help from the powerful military, which has ruled the country for half of its 75-year history.

In seeking Khan’s ouster earlier this year, the opposition had accused him of economic mismanagement as inflation soars and the Pakistani rupee plummets in value. The parliament’s no-confidence vote in April that ousted Khan capped months of political turmoil and a constitutional crisis that required the Supreme Court to step in. Meanwhile, it appeared the military similarly had cooled to Khan.

In his latest speech Sunday night at a rally in the city of Rawalpindi outside of Islamabad, Khan said so-called “neutrals” were behind the recent crackdown against his party. He has in the past used the phrase “neutrals” for the military.

“A plan has been made to place our party against the wall. I assure you, that the Sri Lankan situation is going to happen here,” Khan threatened, referencing the recent economic protests that toppled that island nation’s government.

“Now we are following law and constitution. But when a political party strays from that path, the situation inside Pakistan, who will stop the public? There are 220 million people.”

Khan’s party has been holding mass protests, but Pakistan’s government and security forces fear the former cricket star’s popularity still could draw millions out to the street. That could further pressure the nuclear-armed nation as it struggles to secure a $7 billion bailout from the International Monetary Fund amid an economic crisis, exacerbated by rising global food prices due in part by Russia’s war on Ukraine.

On Sunday, the internet-access advocacy group NetBlocks said internet services in the country blocked access to YouTube after Khan broadcast the speech on the platform despite a ban issued by the Pakistan Electronic Media Regulatory Authority.

Police arrested Khan’s political aide, Shahbaz Gill, earlier this month after he appeared on the private television channel ARY TV and urged soldiers and officers to refuse to obey “illegal orders” from the military leadership. Gill was charged with treason, which carries the death penalty under Pakistan’s sedition act that stems from a British colonial-era law. ARY also remains off-air in Pakistan following that broadcast.

Khan has alleged that police abused Gill while in custody. Police say Gill suffers from asthma and has not been abused while detained.

Gill was discharged from a hospital to attend a court hearing Monday. He appeared healthy in television footage as he left for the court amid tight security. The court then ordered that he be returned to police custody for two days of interrogations, Information Minister Maryam Aurangzeb said. He likely will appear again in court on Thursday.