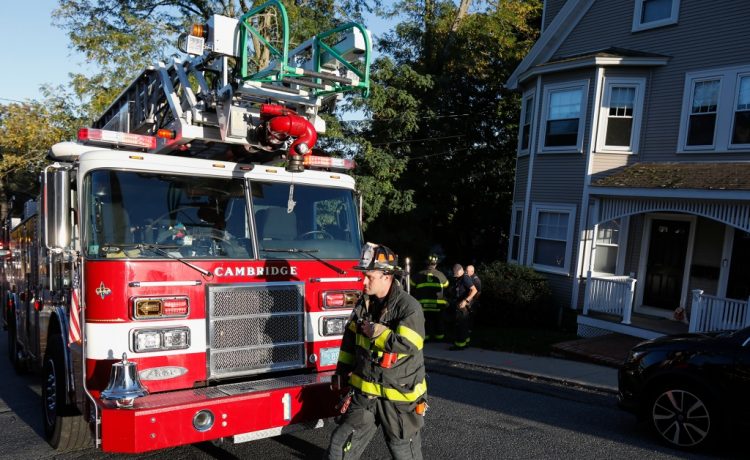 “There was a power spike or surge from the power company,” said Waltham Fire Deputy Anthony Capello. “I don’t know what reason, and it came through the city of Waltham around two o’clock this afternoon. And it caused short circuits and overloaded circuits throughout the city and the residents and businesses.”

In total, Capello said, they got between 40 and 60 calls, and the response is ongoing as of 7 p.m.

A Waltham Police Department tweet around 4 p.m. warned residents the surges were causing “transformer fires, light signals to fail, and smoke in buildings.”

As of 7 p.m., the city’s electrical supplier Eversource said it was working to restore power to about 700 Waltham residents “following a high voltage and equipment issue affecting our Pine Street and Main Street substations.”

“Some customers will have power restored in the next hour while others may take longer to repair,” the company said in a statement, adding it will provide more information as soon as possible.

Capello said police and fire departments have been working with Eversource throughout the afternoon.

The extent of the damage was not entirely clear. Capello said the department responded to one minor fire after the surges, but the cause is still under investigation.

Most of the calls, Capello said, were about “electrical system troubles.”

Many traffic lights were out throughout the city through the evening, causing drivers to improvise makeshift four-way stops and reportedly backing up traffic around the city.

Several streets including blocks of Main Street were closed off Saturday, Capello confirmed.

“The surges are contained,” Capello said, “but as people go back home for the night, they might be turning their switches and power on, and they could have some short circuits that aren’t detectable. So it’s probably not over yet.”