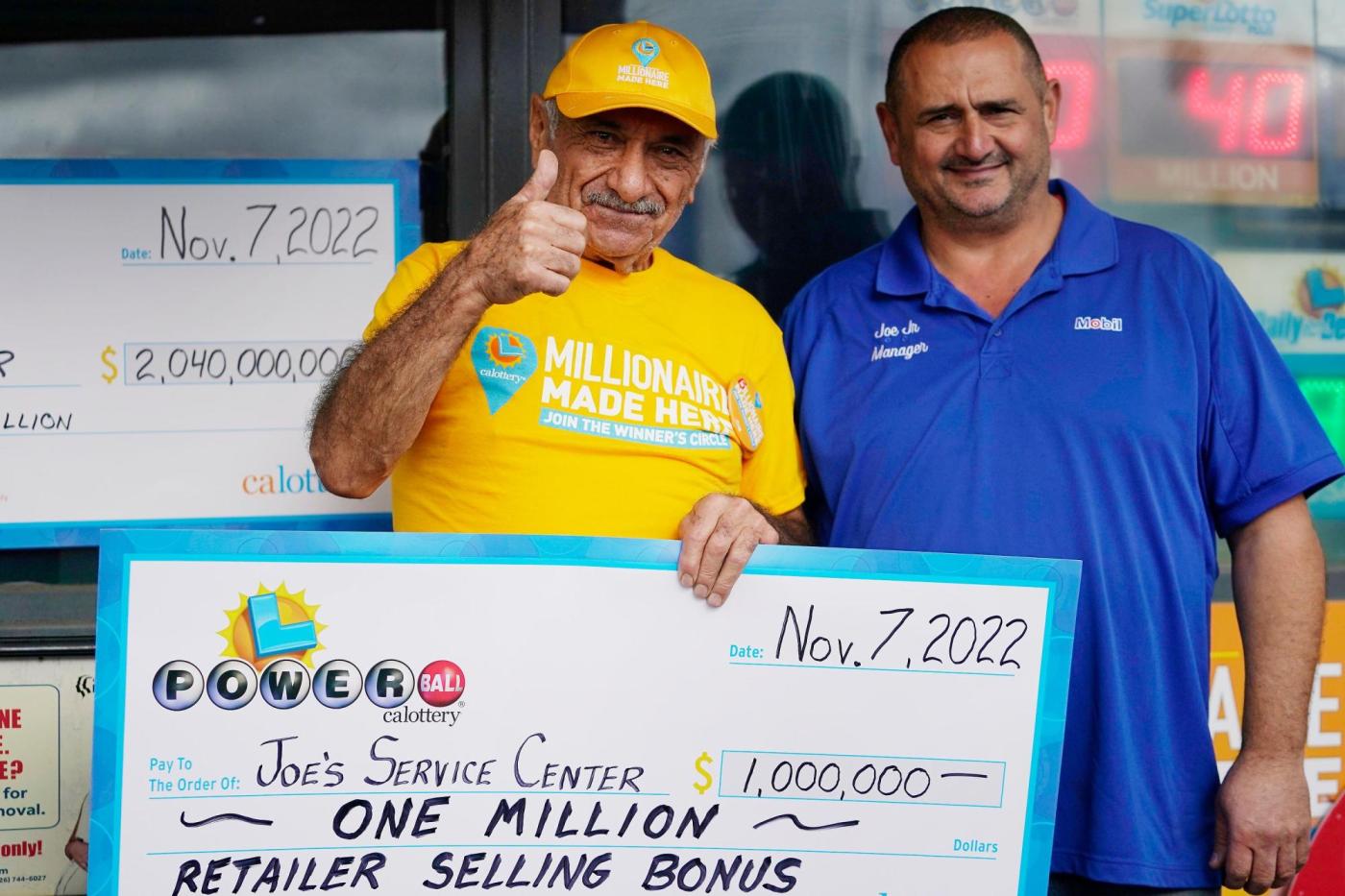 By STEFANIE DAZIO and SCOTT McFETRIDGE

LOS ANGELES (AP) — Someone who bought a Powerball ticket in Southern California has won a record $2.04 billion Powerball jackpot after more than three months without anyone hitting the top prize.

The winning numbers were selected Tuesday morning, nearly 10 hours after the scheduled Monday night drawing because of problems processing sales data at one of the game’s member lotteries. Lottery officials acknowledged the unprecedented delay for such a high-profile drawing but said the game’s security process took precedence.

“Protecting the integrity of the draw is of utmost importance, and we were able to do that during this historic drawing with the cooperation of all participating lotteries,” said Drew Svitko, the chairman of the Powerball Product Group and executive director of the Pennsylvania Lottery.

The winning numbers drawn Tuesday morning at the Florida Lottery draw studio in Tallahassee were: white balls 10, 33, 41, 47 and 56, and the red Powerball was 10.

The jackpot ticket was sold at Joe’s Service Center in Altadena, an unincorporated community in the foothills northeast of Los Angeles. For selling the winning ticket, business owner Joe Chahayed will receive a maximum Powerball bonus of $1 million.

Chahayed said he didn’t know who won the giant prize but hopes it’s someone local.

“I wish I knew the person but most people who buy tickets from me are from the neighborhood. I hope one of them will be the winner,” he said.

Chahayed said he would spend his $1 million on his five children and donate some to the community.

Thomas Murrell said he had stopped at Joe’s Tuesday morning with the intention of buying gas and $200 worth of Powerball tickets, in case no one had won the giant jackpot.

“I know Joe. I’ve known him for years and talk to him all the time,” Murrell said. “Joe’s always been a lucky guy. He’s a good guy. I’m not surprised it happened here.”

The $2.04 billion jackpot was by far the largest lottery prize ever won, topping the previous record $1.586 billion prize won by three Powerball ticketholders in 2016. Only four previous jackpots have topped $1 billion, but none of those are close to the current prize, which started at $20 million back on Aug. 6 and has grown over three winless months. No one has won the jackpot since Aug. 3.

The jackpot was initially reported as an estimated $1.9 billion on Monday, but the prize was increased to $2.04 billion Tuesday morning after updated calculations.

The Multi-State Lottery Association said the scheduled drawing was delayed from 10:59 p.m. EST Monday to 8:57 EST a.m. Tuesday because a participating lottery wasn’t able to process its sales data. After the lottery, which wasn’t identified, completed its pre-draw procedures, the drawing was able to go ahead.

Terry Rich, a former director of the Iowa Lottery who also served on the Powerball board, said the delay was likely due to a two-part verification system of ticket sales that makes use of an outside vendor to ensure all is in order before the game’s numbers are drawn.

“Each state must verify through a dual process that all of the sales and dollars match before the Multi-State Lottery Association can do the draw,” said Rich, who headed the Iowa Lottery for 10 years and was president of the North American Lottery Association. “This is a state-by-state procedure, which separates the whole process and has been very effective.”

Rich said state lotteries deal with similar problems several times a year but the delays usually don’t attract much attention because the potential jackpots are far less than was up for grabs this week.

The winning numbers and recorded video of the drawing were posted to the Powerball’s YouTube channel.

The $2.04 billion prize is for a winner who chooses an annuity, paid annually over 29 years. Nearly all winners instead opt for cash, which was valued at $997.6 million.