Todays Though > News > Prescribed fires may save Yosemite’s sequoias
News

Prescribed fires may save Yosemite’s sequoias 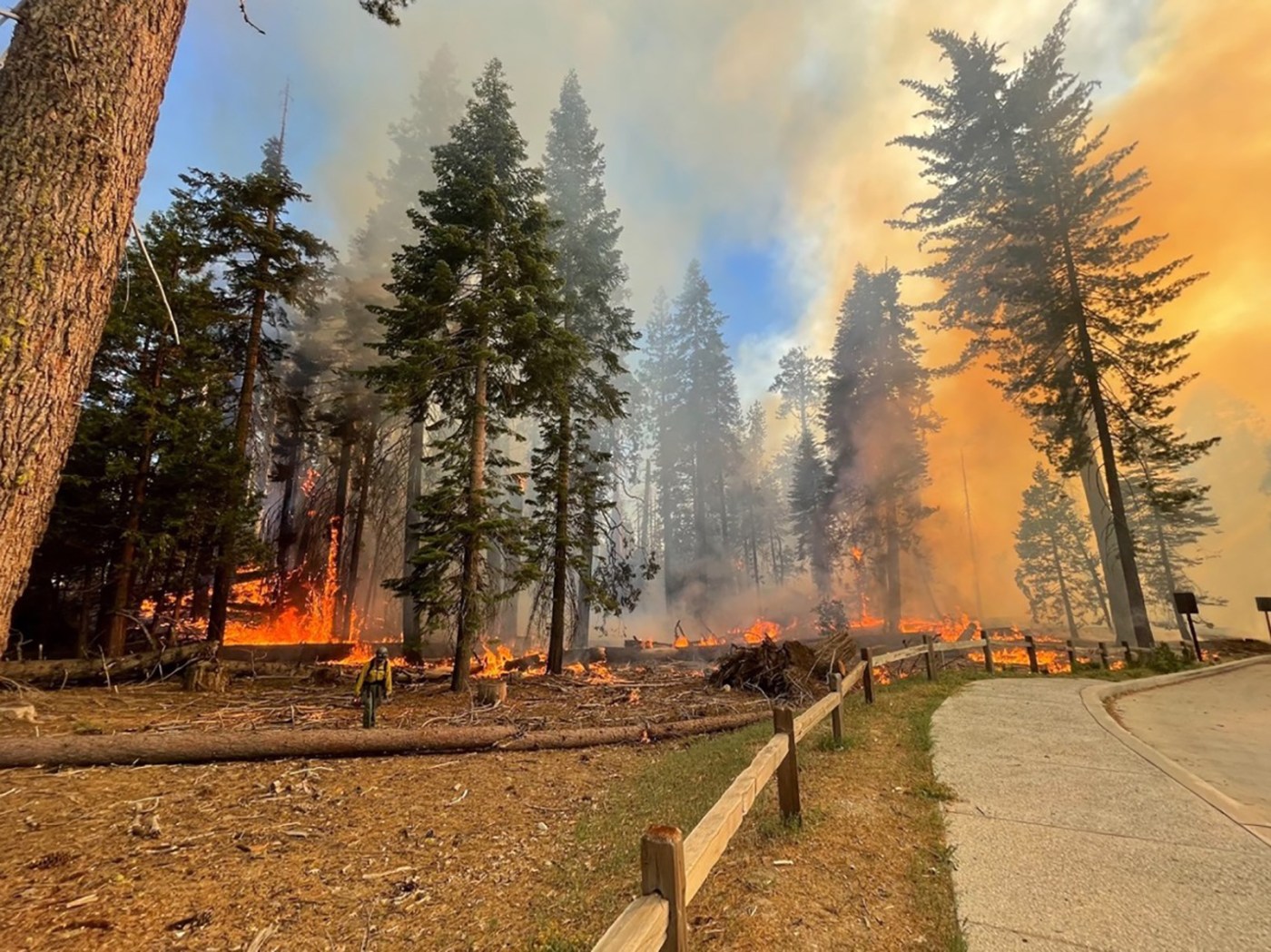 The initial news accounts sounded so similar to past years that they were almost repetitive: A wildfire had broken out in a national park and was burning in heavy brush and forest thick with dead and downed trees.

California has experienced more than its share of such blazes in the last few years, usually with horrible results. Trees weakened by drought finally succumbed to voracious bark beetles whose appetites killed pine trees, which went from healthy green to sickly red and stood like silent zombies. Add to that a century of firefighting, in which the main purpose was to put out blazes as soon as possible, and the result was millions of acres covered in undergrowth that, when dried out from drought, became perfect fire-starter material.

Only this time the national park in question is none other than Yosemite. A fire broke out July 7 along the Washburn Trail near the Mariposa Grove, the famous stand of 500 sequoias inside Yosemite.

The cause, as of Monday, remained under investigation. The Washburn Fire had burned more than 2,000 acres and more than 500 firefighters had yet to contain any part of it. Heavy smoke polluted Yosemite Valley, obscuring granite landmarks like El Capitan and Half Dome in a pall of gray.

Yet there was some positive news.

There were no reports that any of the oldest and biggest sequoias in the Mariposa Grove sustained serious damage.

“We have decades of prescribed fire in here and I think that’s what’s going to save these big trees,” Garrett Dickman, forest ecologist with Yosemite National Park, told The Bee’s Eric Paul Zamora.

Prescribed fire is used by forest managers to burn away low-level brush from bigger trees. The effort, done when winds are light and temperatures are moderate, clears out the forest and improves tree health, as there are fewer plants competing for water and nutrients. Healthier trees, in turn, can better withstand insects and even fires.

In 2018 the Mariposa Grove reopened after a major restoration project. During that multiyear closure, the park did extensive prescribed burning around the sequoias.

After sequoia cones fall to the ground, a fire’s heat opens them up so the seeds can drop into the soil and sprout after it rains or snow melts.

Some environmental groups, like the John Muir Project, believe the benefits of prescribed burns are overstated and do more harm that good. Opposing that view are a group of University of California scientists who earlier this year advocated for dramatic thinning of forests in the Sierra as a way to reduce fire dangers.

Yosemite officials started such a thinning effort this year on a swath of 2,000 acres, but were stopped when some environmental groups filed a lawsuit over what they contended was an improper logging operation.

The National Park Service agreed to stop its cutting for now. The matter will be heard in federal court next month.

Sequoias can live for thousands of years, and they are among the largest living things on Earth. Standing in a grove of them is quite literally like entering a cathedral from eons past.

With the prescribed burning that has been done in the Mariposa Grove, chances are good that the big trees there will endure the Washburn Fire.

At the very least, this Yosemite incident is a test for the benefits of prescribed burns, waged in real time in one of America’s hallowed places.