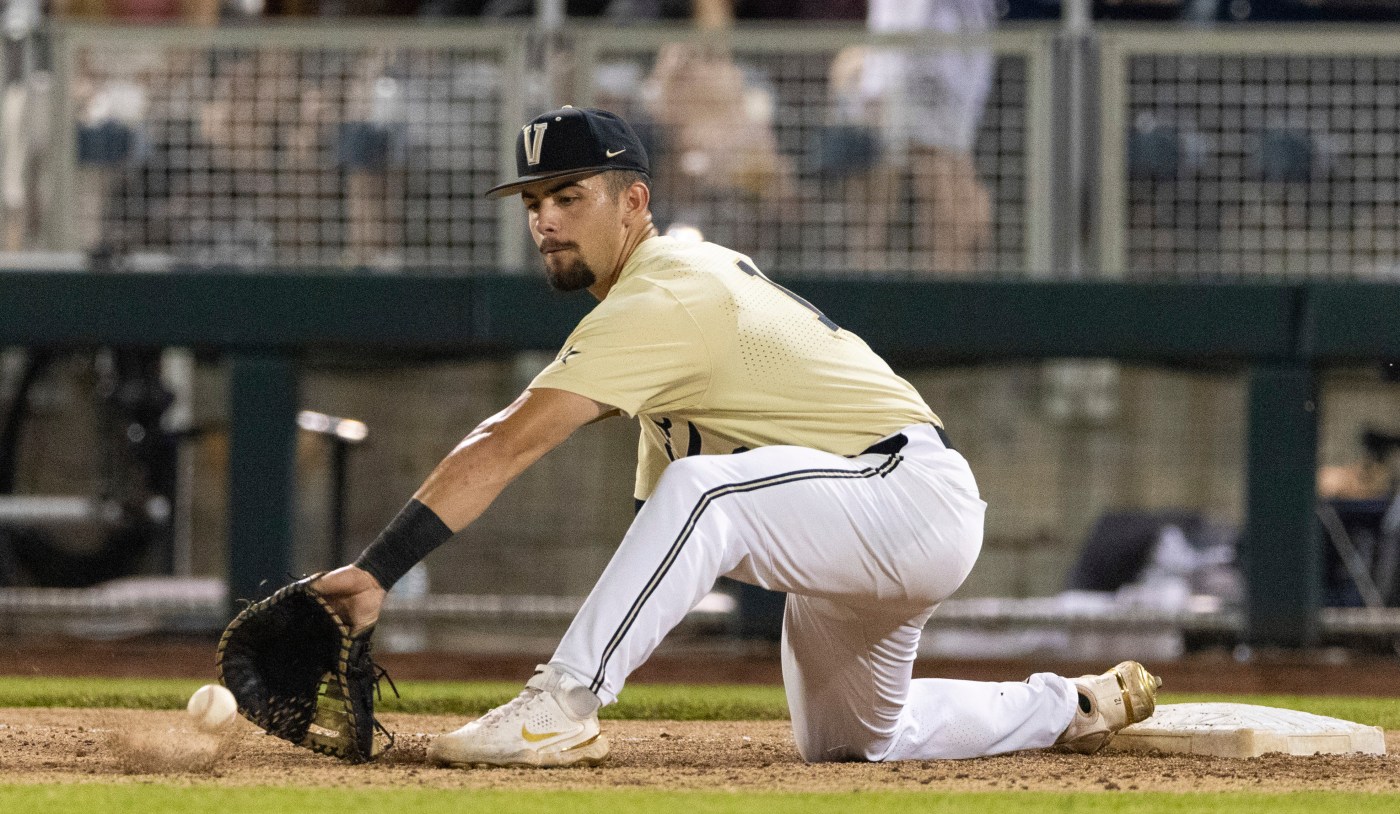 Dominic Keegan has been through this process once before. The jitters still remain.

One year after foregoing a 19th-round selection by the New York Yankees in the 2021 Major League Baseball Amateur Draft in order to return to Vanderbilt, Keegan is the top New England prospect as the 2022 draft prepares to get underway on Sunday night.

As the 2021 draft played out and the rounds ticked on, Keegan knew he would return to be a Commodore for his senior season. Back at school, the former Central Catholic superstar refined his ability to control the strike zone while also working on his versatility behind the plate, at first base, and in the outfield. Keegan enters the draft as the No. 97 overall prospect according to MLB.com and is seen as a likely third-round if not late second-round selection.

“Over the last few years I have been able to improve my consistency at the plate,” Keegan said. “I really focused on cutting down my strikeouts, walking more, and putting on more consistent competitive at-bats. I have the same butterflies I did last year but I feel good about the process.”

Boston College’s Luke Gold has raised eyebrows amongst scouts with his power to all fields and may find himself as a steal in the third round. Gold’s teammate at Boston College and former St. John’s Prep flamethrower Max Gieg is one to watch. Gieg has gotten into the upper 90s while playing in the Cape Cod Baseball League this summer and teams may see him as a potential late inning reliever with his swing-and-miss arsenal.

Cam Schlittler made a name for himself at Walpole back in 2018 and 2019 and now figures to hear his name called after a pair of seasons at Northeastern. Schiittler was a preseason All-American but struggled at times before ending up 5-8 with a 3.53 ERA. With only two full seasons of college baseball under his belt and plenty of potential, Schlittler could still reject a selection to return to school.

North Andover’s Sebastian Keane turned down an 11th-round selection by the Boston Red Sox in 2019 to attend Northeastern and is now back on teams’ radar. Keane is ranked 490 in Baseball America’s Top 500 prospects. Similar to Schlittler, Keane may find himself interested in returning to a Husky uniform for one more season if he slips down draft boards.

There are a number of other tantalizing prospects. Chelmsford native Griffin Green turned into a reliable Friday night starter for Virginia Tech. Logan Bravo (Andover) of Harvard and Chris Lanzilli (Stoneham) of Arkansas have each shown they can hit for power at a high level during their college careers; the call may come late for one or both.

While no high schoolers from Massachusetts are expected to sign this time around, Austin Prep’s Evan Blanco and Medfield’s Jack Goodman may be the beneficiaries of a courtesy pick by an organization late in the draft. Blanco (Virginia) and Goodman (Pepperdine) have both strongly signaled their focus is on enrolling in college.