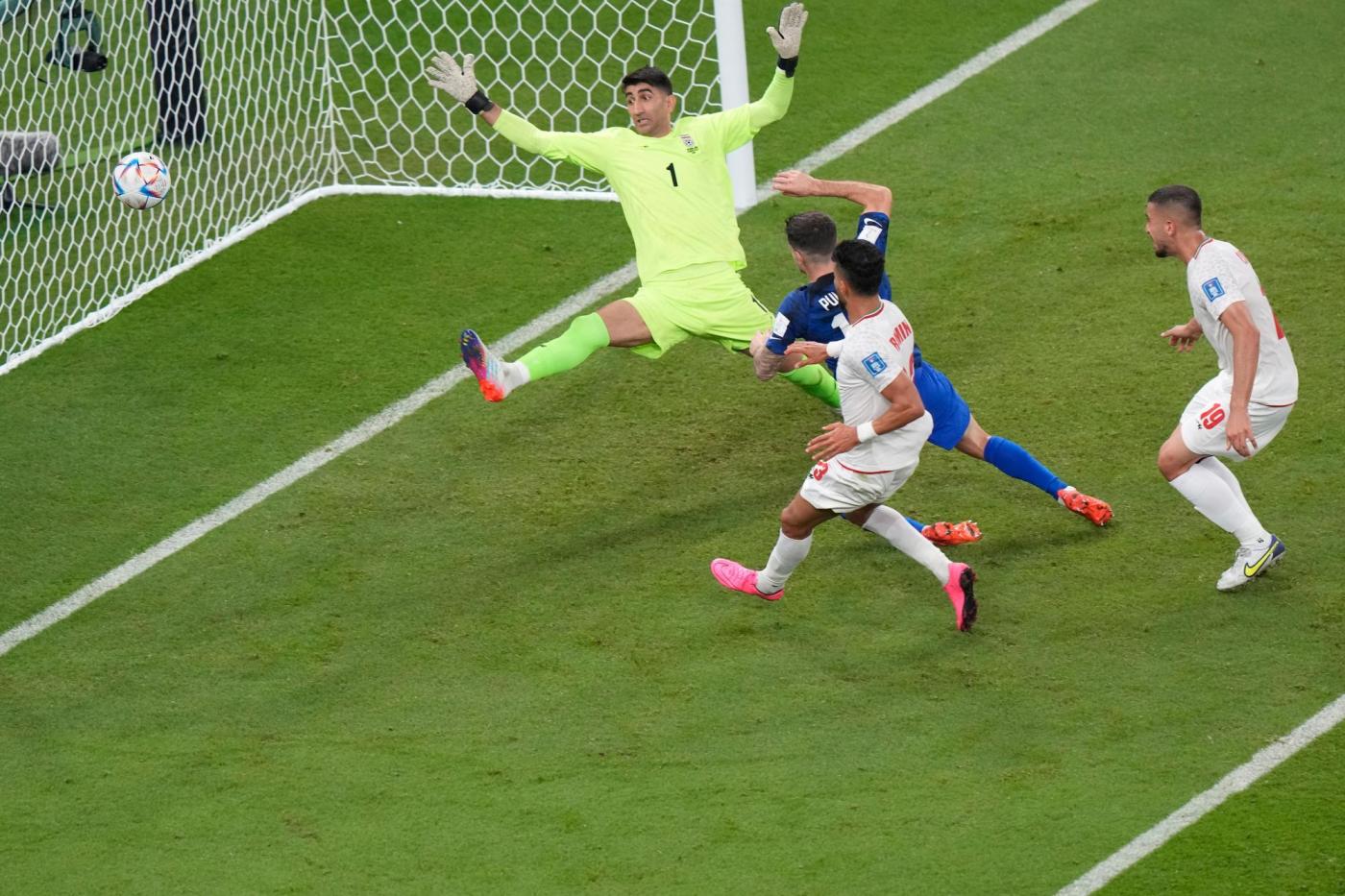 DOHA, Qatar (AP) — Christian Pulisic scored while crashing headfirst into the goalkeeper in the 38th minute and the United States advanced to the knockout round of the World Cup with a 1-0 win over Iran on Tuesday night in a politically charged rematch of their famous meeting a quarter-century ago.

Pulisic sprawled on the field and was lying in the goal for about three minutes as he received treatment from the U.S. staff. He reentered the game but was replaced at the start of the second half.

Back in the World Cup after missing the 2018 tournament, the U.S. opened with draws against Wales and England and needed a victory to move on to the round of 16 — the minimum achievement to consider the four-year cycle a success.

The Americans finished second in Group B with five points, two behind England, and will play the Netherlands on Saturday with the chance to reach the quarterfinals for the first time since 2002.

Iran finished third with three points and has failed to advance in all six of its World Cup appearances.