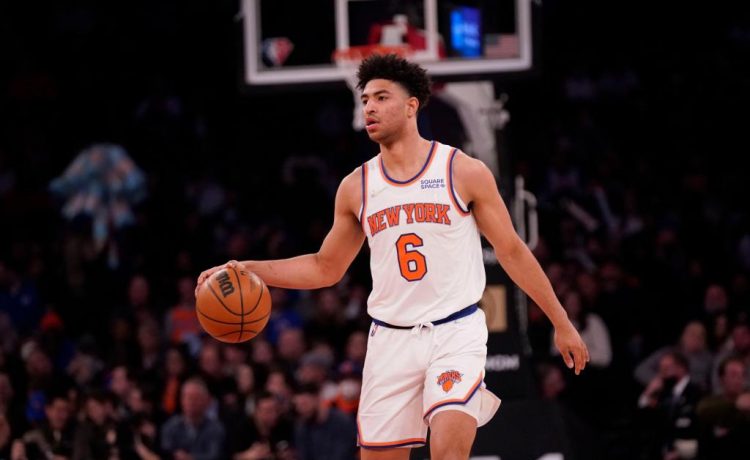 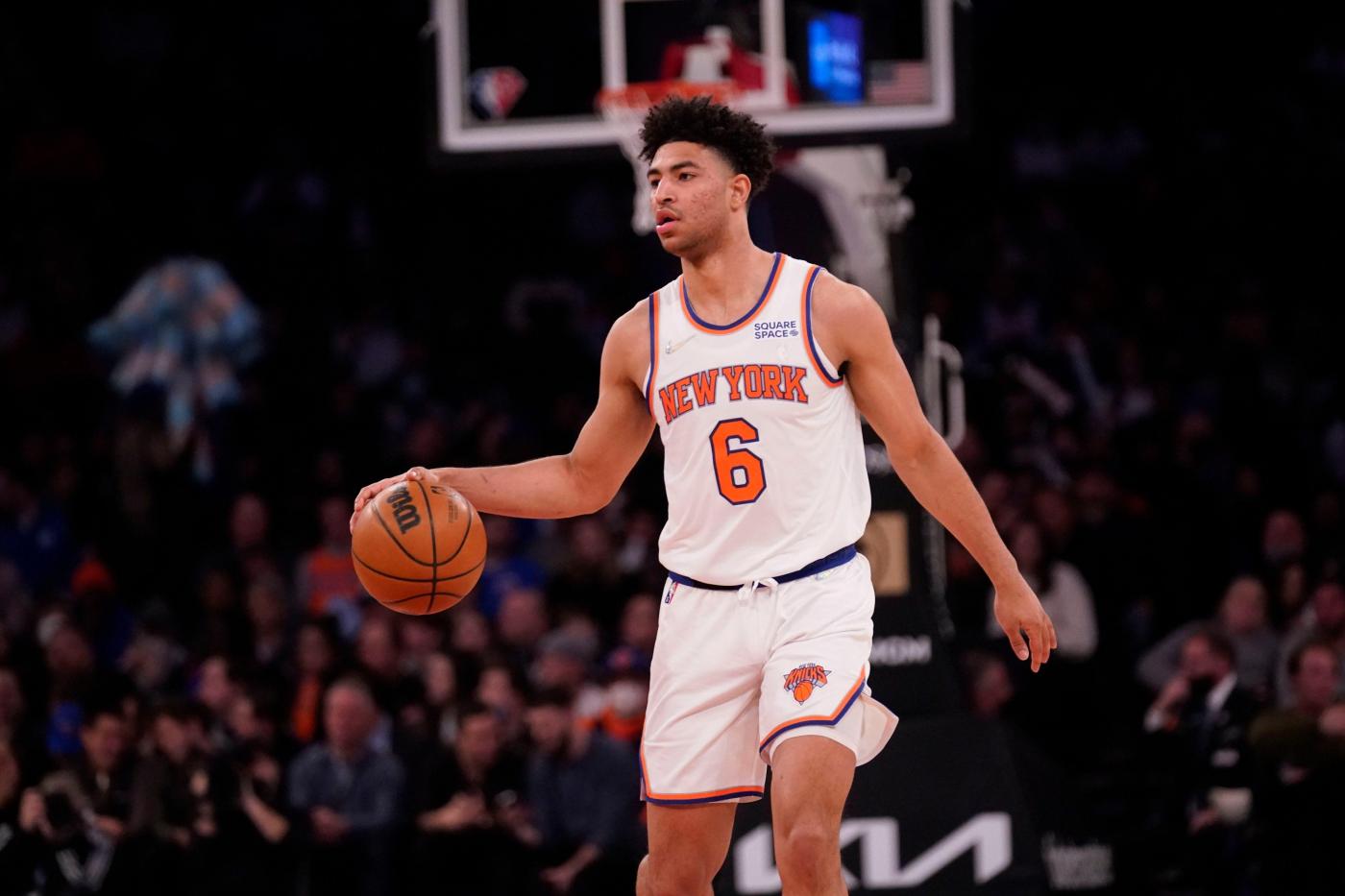 MEMPHIS — Quentin Grimes’ foot will keep him out of the opener.

While Obi Toppin practiced fully and is on track for Wednesday against the Grizzlies, Grimes was downgraded to out because of an injury the Knicks downplayed for weeks.

Although Tom Thibodeau denied a setback, the timeline of Grimes’ recovery suggests something went wrong. He missed the first three preseason games with a “sore left foot,” according to the Knicks, but returned to full practice by last week and logged 16 minutes in Friday’s preseason finale.

Grimes then was limited in practice this week and held out of Tuesday’s session. He said Friday that the pain was around his heel and, at one point, it hurt to walk.

If healthy, Grimes should have a prominent role in Thibodeau’s rotation as one the team’s top perimeter defenders. He was a candidate for a starting spot before his injury, which had Grimes in a walking boot on the second day of training camp.

Grimes missed 16 of the final 22 games last season after displacing his kneecap.

Without Grimes, Thibodeau will likely tighten his rotation with RJ Barrett, Evan Fournier and Immanuel Quickley as the wings. Cam Reddish is another option but Thibodeau hasn’t shown much faith in the former lottery pick.

Toppin, who turned his ankle on a spectator near the court Friday at MSG, is expected to play Tuesday.