Todays Though > News > Questions for Magic after 8 games, ahead of 7-game homestand – Boston Herald
News

Questions for Magic after 8 games, ahead of 7-game homestand – Boston Herald 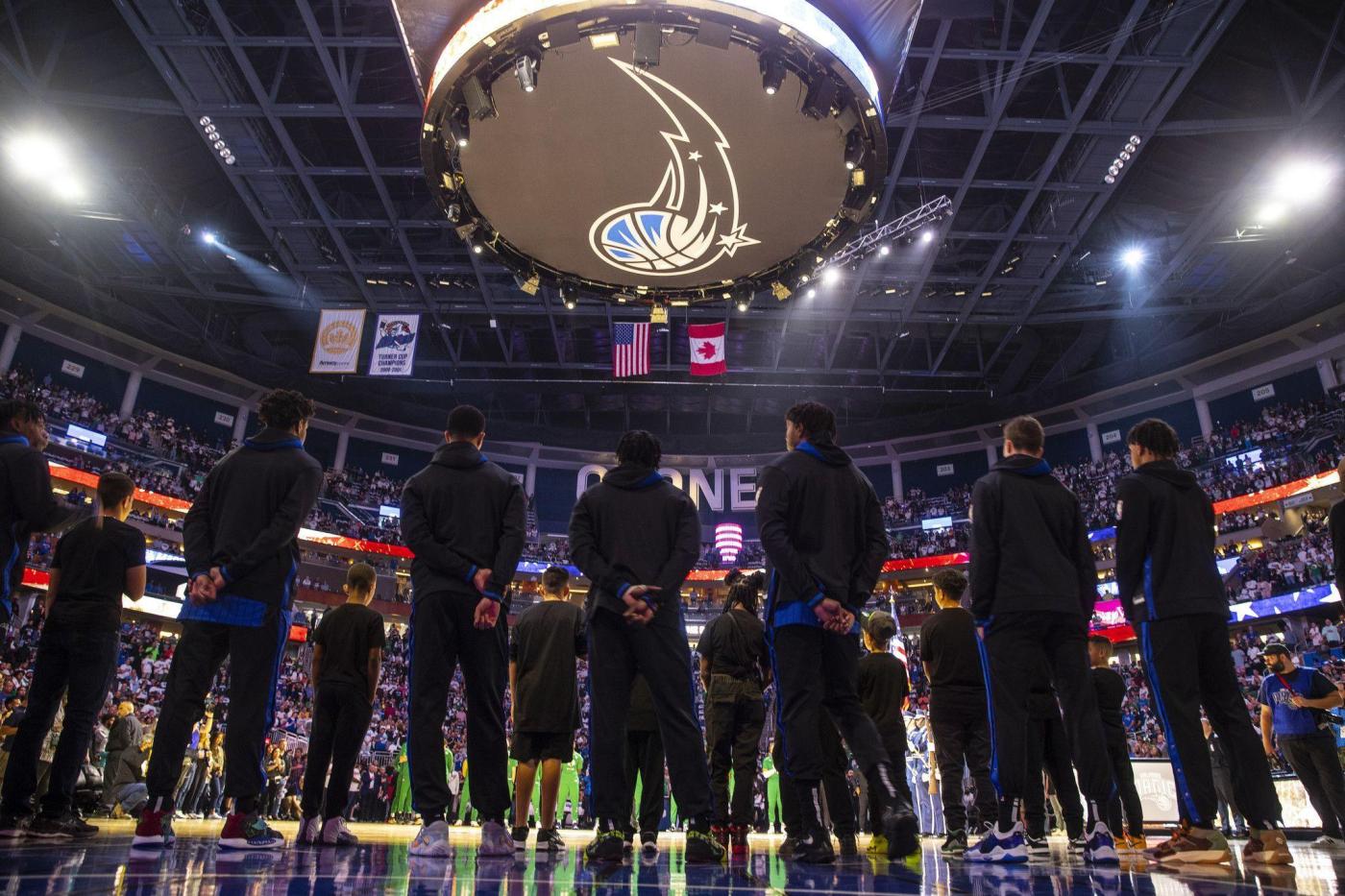 The Orlando Magic, once again, came up short during crunch time in their 116-108 road loss to the Oklahoma City Thunder on Tuesday.

Orlando turned the ball over 25 times for 30 Thunder points and didn’t make a field goal after taking a 104-93 lead with 7:26 remaining.

“They got a couple of good defenders on their team and we just played into their hands,” said Wendell Carter Jr., who led the Magic with 30 points, tying a career-high he set last season against the Thunder, and 12 rebounds. “They’re a very fast-paced team and we got sped up at times. We just didn’t take our time, especially down the stretch. We played into their hands and the exact game they wanted to play.”

After a road-heavy start, the Magic (1-7) return to Amway Center for a season-long seven-game homestand that kicks off Thursday vs. the Golden State Warriors (3-5). It will tip off at 7 p.m. and can be watched on Bally Sports Florida/Bally Sports+ or listened to on FM 96.9 The Game.

Before the Magic take on the defending NBA champions, there are key questions that need answers as they look to turn their season around:

How will late-game execution improve?

Tuesday’s disappointing finish wasn’t an outlier. But was the latest — and arguably worst — example of the Magic not closing out a close game they had in hand.

The Magic have started games well. They have a positive net rating in the first (plus-3.3) and second quarters (plus-4.1). It’s closing out games that’s been the challenge.

Their fourth-quarter net rating, albeit in a small sample of 96 total fourth-quarter minutes, of minus-21.4 was the league’s second-worst mark entering Wednesday’s games , only behind the San Antonio Spurs (minus-25.1). The Magic’s net rating of minus-90.5 in a small sample of 14 clutch minutes — when the scoring margin is within 5 points with five or fewer minutes remaining — was the league’s worst mark.

Why have the Magic struggled late in games? There’s more than one answer.

In most of their close games — outside of Tuesday — the Magic were the team attempting a comeback after falling behind in the third quarter.

Even when the game has been close, fouling, defensive lapses and poor defensive rebounding have been among the reasons.

Tuesday, it was taking — and missing — ill-advised shots as well as missing good looks. Missing open shots has been an issue, with the Magic shooting below league-average percentages on open and wide-open looks.

The Magic need to be better poised in these moments: Valuing each possession by not giving the ball away and seeking out the best shot. Their offensive dip late in games has hurt their defense.

Speaking of the defense, if you look at the numbers, it’d appear the Magic are performing on that end of the floor at a similar level as last season.

Their defensive rating — points allowed per 100 possessions — through eight games of 111.6 ranks 17th.

They finished last season ranked 19th in defensive rating with 112.1 points allowed per 100 possessions, including a defensive rating of 111.3 in their final 46 games (10th during that timespan).

What these numbers don’t show is the Magic have taken a step back with their zone defense — a coverage they’ve used frequently compared to the rest of the league.

The Magic have been in a zone on 8.5% of their defensive possessions, the league’s fourth-highest mark according to Synergy, or 10.3 times per game. They’ve allowed 1.161 points per possession when in the zone, the worst mark of the 12 teams who’ve used a zone this season.

The Magic have been significantly better in man defense (91.5% frequency), allowing .96 points per possession (the league’s 14th-best mark) and forcing teams to shoot below-averaging percentages.

Why has the Magic’s zone slipped? Once again, there’s more than one answer.

Sometimes, the players at the top of the zone — the Magic mostly use a 3-2 formation — don’t utilize their length enough to clog up passing lanes or provide enough resistance on the perimeter from keeping drivers outside the paint/middle of the floor. Once that happens, it becomes easier for opposing teams to force Orlando into defensive rotations.

Other times, they struggle with ball and player movement. Consistently providing help, and helping the helper, is an area of improvement for them.

With their collective length and size, zone defense should be a weapon for the Magic to throw off their opponents’ offensive rhythm.

Through two weeks, that hasn’t been the case.

How important is this homestand?

After playing the Warriors, the Magic will match up against teams in the Sacramento Kings (Saturday) and Houston Rockets (Monday) who’ve also started slowly before playing playoff/play-in contenders in the Dallas Mavericks (Nov. 9), Phoenix Suns (Nov. 11), Charlotte Hornets (Nov. 14) and Minnesota Timberwolves (Nov. 16).

It’s still early enough in the season to overcome a slow start and being at home for the next two weeks after playing six of the first eight games on the road should allow the Magic to regroup.

It also should give a better idea of where players stand healthwise.

Being healthier and getting more of their top players back — especially the guards and their ability to dictate a game’s pace — should help.