Todays Though > News > Quietly, Dolphins’ Chase Edmonds had team-best 16 touches in opener and was most effective as a receiver – Boston Herald
News

Quietly, Dolphins’ Chase Edmonds had team-best 16 touches in opener and was most effective as a receiver – Boston Herald 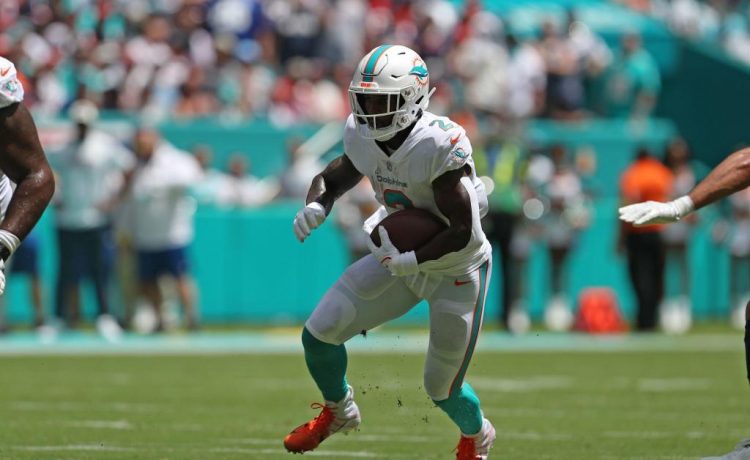 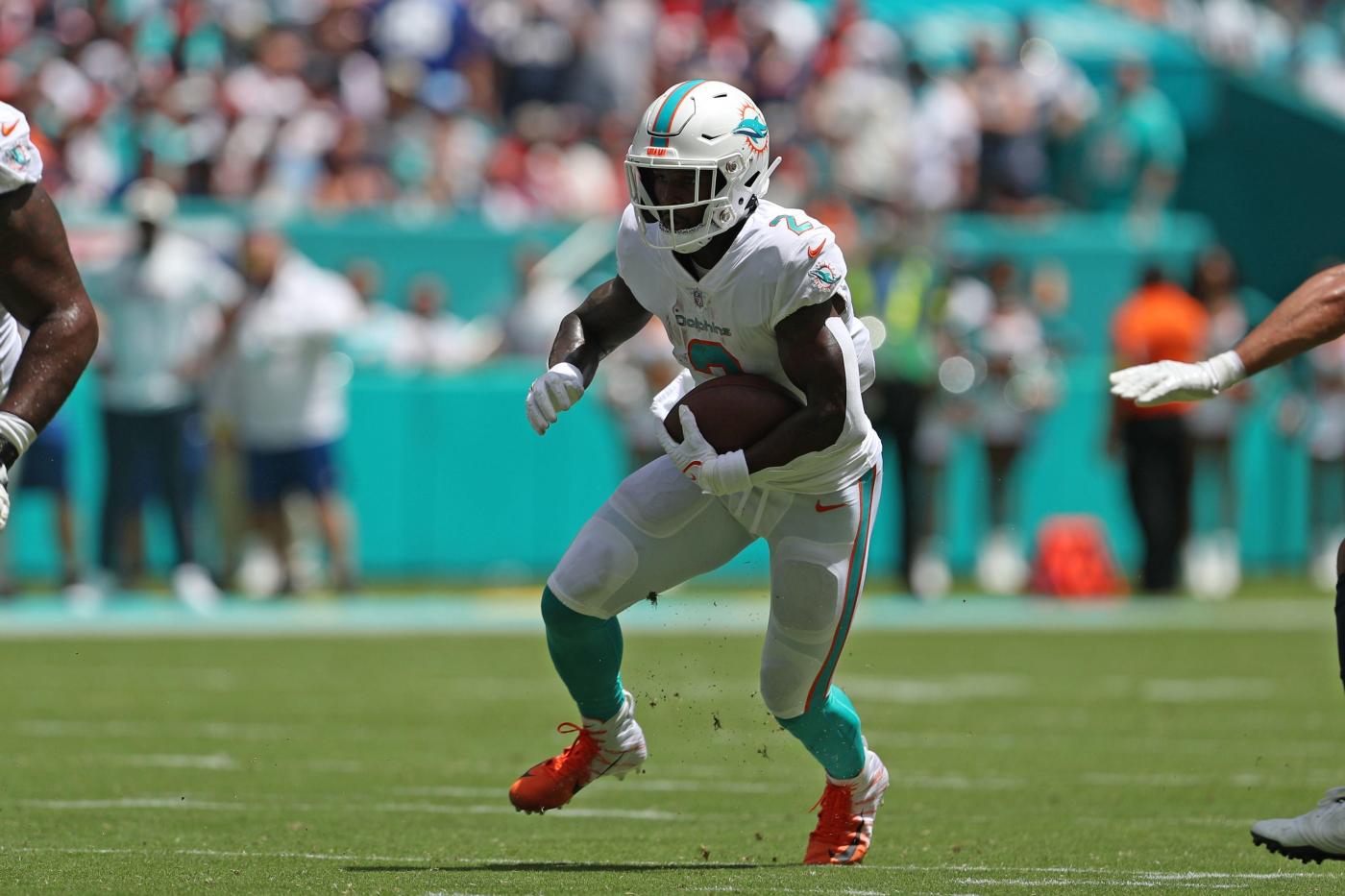 Buried beneath all the Dolphins’ offensive chatter about quarterback Tua Tagovailoa, wide receivers Tyreek Hill and Jaylen Waddle, tight end Mike Gesicki and the offensive line is this nugget: running back Chase Edmonds had 16 touches in the opener against New England, the most of any player.

Even more encouraging is that Edmonds, who rushed for 25 yards on 12 carries, had four receptions for 40 yards, and that’s an area the Dolphins could exploit Sunday at Baltimore.

“That’s something that I feel like is kind of my niche,” Edmonds said. “I feel like I can separate myself around other running backs in the NFL just with my ability to catch the ball out of the backfield.”

Edmonds, the fifth-year player who teams with Raheem Mostert to comprise the main components of the Dolphins’ rushing attack, is an excellent receiver. Last season he had 43 receptions for 311 yards with Arizona, and in 2020 he had 53 receptions for 402 yards and four touchdowns with Arizona.

“Running backs get different matchups than other players as an offensive skill position player,” coach Mike McDaniel said, “and they can really open up your offense if you can involve your halfback in the passing game.”

“It happened to be third down this past game,” McDaniel said of Edmonds’ receptions. “On first and second down, it opens up your offensive playbook as well. It allows you to feature people and also make your offense a little more multiple with your formations and presentations.”

McDaniel said among the things that make Edmonds a quality receiver out of the backfield are his ball skills, understanding of space, route running and timing with the quarterback.

“He’s a very cerebral, calculated player that also happens to be athletic and a matchup issue for opposing defense,” McDaniel said.

Edmonds said he knows he poses a matchup problem for defenses as a receiver because they already have to worry about wide receivers Tyreek Hill and Chase Edmonds.

Keep an eye on Edmonds against Baltimore.

The significance of a 2-0 start, which would come with a Dolphins victory over Baltimore on Sunday, is intriguing.

A 2-0 start in a 17-game season with seven teams in each conference making the playoffs means that team has a 67% chance of earning a postseason berth, according to the NFL.

Those numbers were figured prior to last year’s playoffs, but you get the point. Clearly it’s too early for a postseason guarantee with a 2-0 start, but the numbers are in your favor.

“For the first game, it was good for us to learn one another and to be able to do that in a game where you win the game,” Bevell said.

“But our game operation is definitely something that we can work on from the head coach, to the quarterback, to the line making calls — the whole orchestration, moving around with all of the motions that we’re doing. We can continue to get better at that.”

You already know the Dolphins have perhaps the NFL’s best young safety duo with Jevon Holland and Brandon Jones. It’ll be interesting to see how they use Jones against the Ravens.

Last week, Jones’ aggression led to a team-best 11 tackles, including the strip-sack of Patriots quarterback Mac Jones that led to an Ingram 6-yard touchdown.

Jones was on the line for the strip-sack, which came in 2.13 seconds, fastest in the league.

“His game speed is crazy,” Holland said. “He’s like an energy bunny. He’ll just be flying around 100 miles an hour, and he’s a great tackler. He always brings the juice. That’s big.”

The Ravens are aware of how often Jones is in the box and on the line of scrimmage. They’re looking to take advantage of that aggression with big plays.

“If they’re going to basically roll the dice on having everyone up [in the box] and whatnot, you have to be able to hit them,” Ravens offensive coordinator Greg Roman said. “I think that’s definitely something you look forward to.”

Jackson had a 55-yard dart to Rashod Bateman among his three touchdown passes last week.