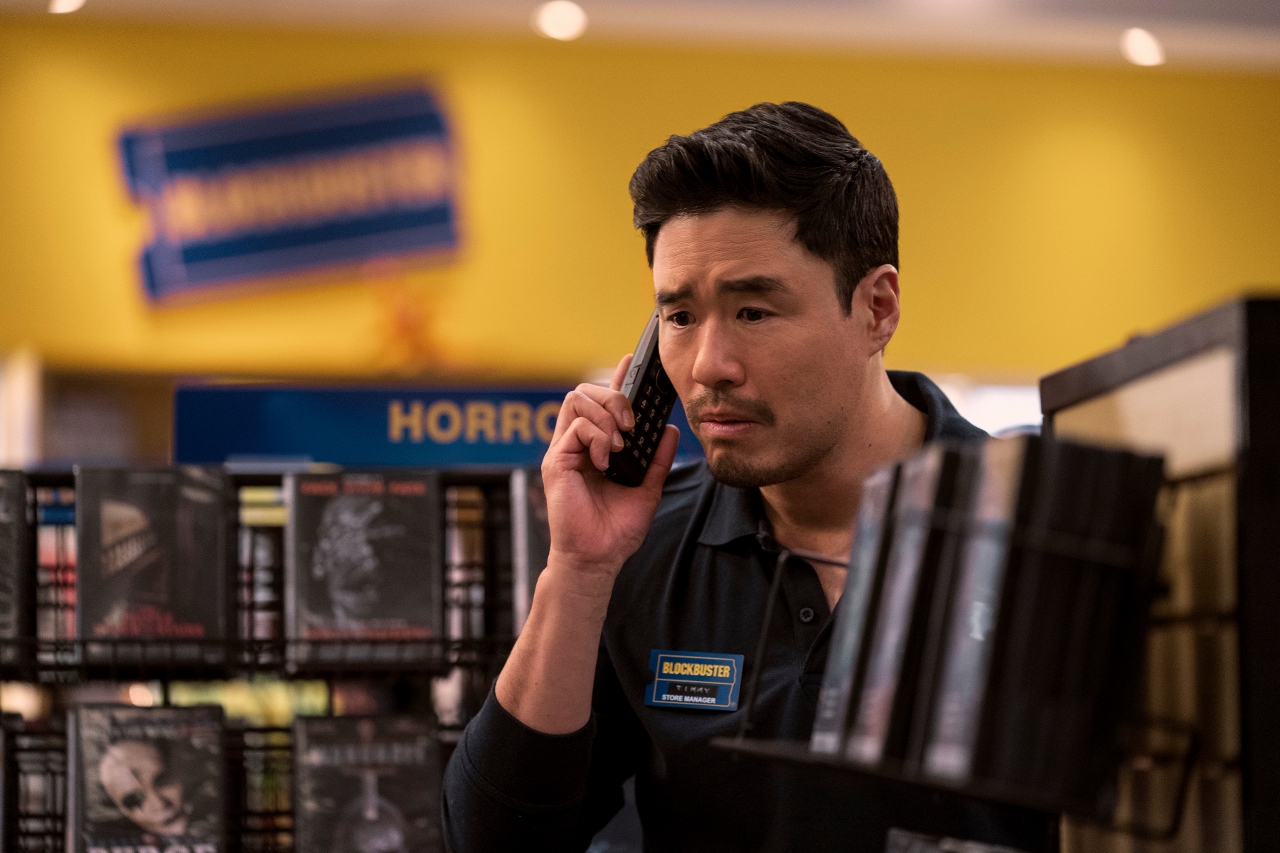 With Thursday’s Netflix comedy “Blockbuster” Randall Park fields a remarkable third series in his blossoming career.
“Blockbuster” is a workplace comedy about the nation’s very last Blockbuster video rental store with Park’s Timmy Yoon leading the charge in keeping his employees focused on the positive – they’re still working! – in rocky times.
“Blockbuster” follows Park’s recurring role as a future version of himself in the “Young Rock” series opposite Dwayne Johnson and his Marvel-ous work as agent Jimmy Yoo in “WandaVision” and the upcoming “Ant-Man and the Wasp: Quantumania.”
“Blockbuster,” Park, 48, explained over Zoom, is hardly factual. “There isn’t a last Blockbuster in Michigan as there is in our show, but there is a last Blockbuster, I believe, in Bend, Oregon.
“Our Blockbuster is not directly based on that location. It’s inspired by just the story of the downfall of Blockbuster, this once major corporation, and the struggle to keep it alive once it’s become a small business.
“I wasn’t really looking to do another sitcom but the writing was just so good, I said yes. There was the nostalgia quality and the connection to this brand that we are all familiar with. To me, it didn’t feel like the show was really about that. It’s really about these people in the store who felt very much like a family.
“It’s the opportunity to do all these different things: It’s a workplace comedy, a family comedy but also a romantic comedy. There’s just so much going on, it felt very real life to me.
“Even though the script was just very funny there’s a grounded quality about it that really made me feel like, ‘This is something very special.’”
Does pain make for funny?  “Blockbuster” has a bunch of people on the edge of losing their livelihoods and it’s being launched in this time of headline-making inflation. Can we laugh at a crew hanging on a life raft?
“If our characters were slowly on this life raft about to fall off a cliff then, yeah, maybe that wouldn’t be funny,” Park answered. “But a lot of what drives the show — and it goes hand in hand with the pain and the problems — is a lot of hope.
“They are depending on each other to make sure that they make it through this rough period. In that sense there’s hope, inspiration, camaraderie.
“Even in the midst of this turmoil, the hope is that when people watch the show they don’t know if they’re going to  keep the store alive but they’re certainly going to try! And they’re going to try together.”