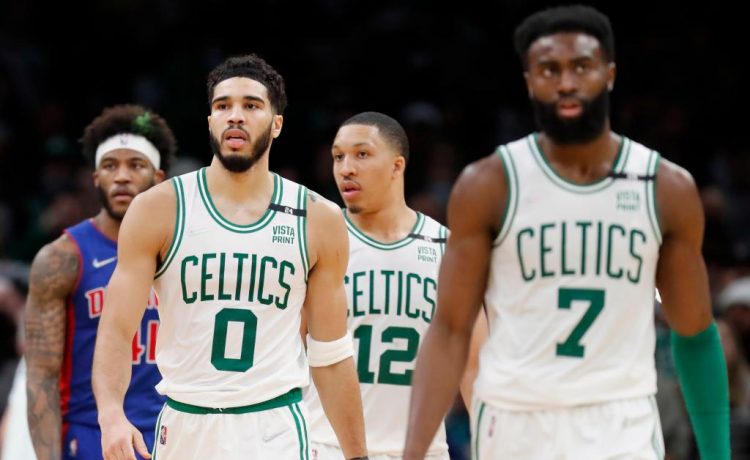 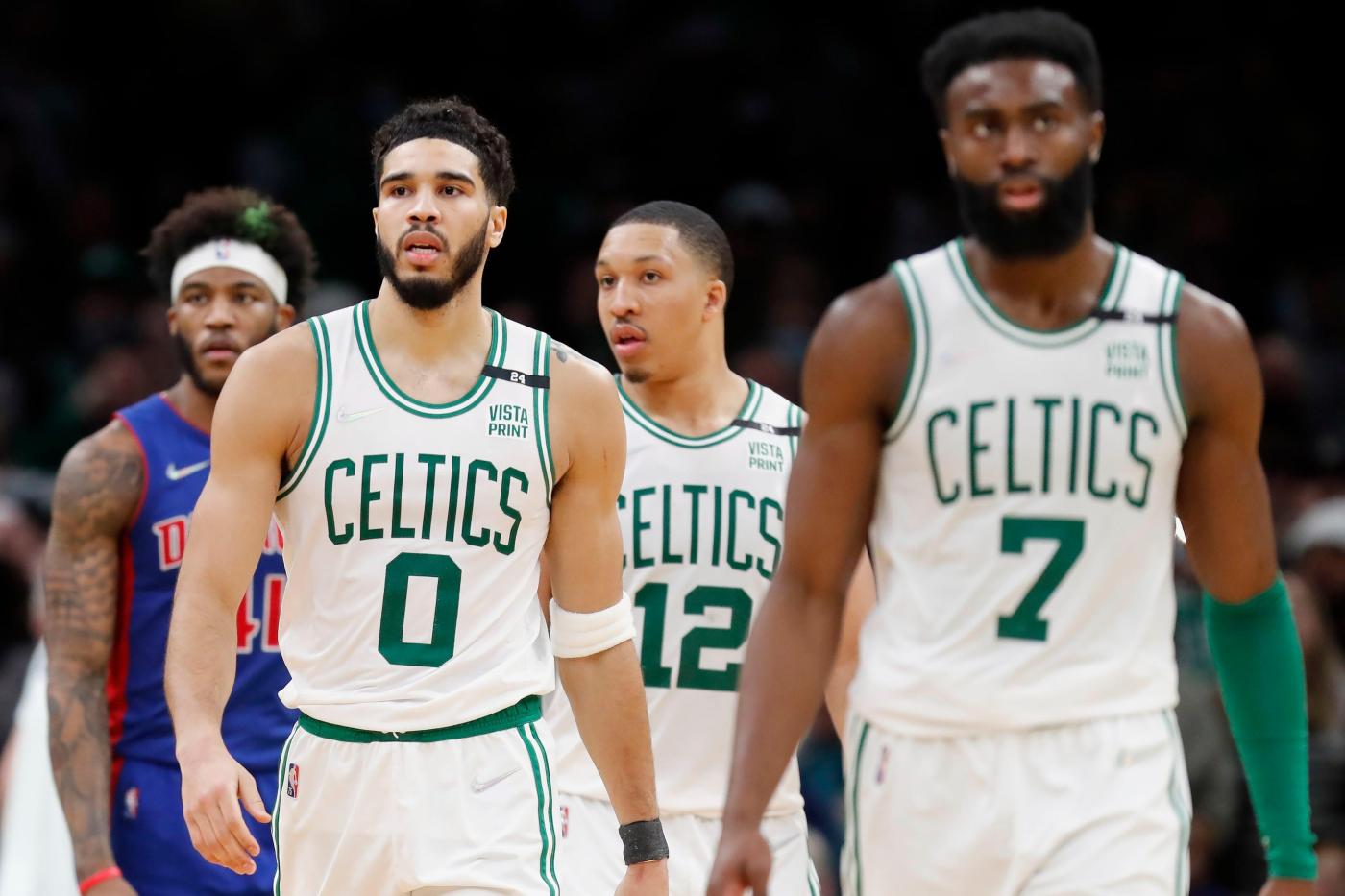 Since LeBron James departed the Cleveland Cavaliers for the Los Angeles Lakers in July 2018, four different teams have been Eastern Conference champions. Will 2022-23 mark a fifth?

Most teams in the conference used the offseason to fortify themselves for a playoff run. The Orlando Magic took steps forward in their rebuild but have more ahead of them before truly competing in a conference in which winning half a team’s games may not be enough to qualify for the play-in, let alone the playoffs.

Analysis: The Bucks, who won the 2021 NBA title, will never know if they would’ve made it back to the finals if Khris Middleton were healthy for their second-round matchup against the eventual conference champion Boston Celtics. One thing is clear based on their offseason moves: They believe last year’s group was equipped to make another championship run. The Bucks brought back most of their roster, re-signing Jevon Carter, Wes Matthews and Bobby Portis, and signing Pat Connaughton to a long-term extension. Their hope is that Ingles, who’s recovering from a torn anterior cruciate ligament in his left knee in January, will give them the wing depth and complementary playmaking it lacked around Middleton, Jrue Holiday and Giannis Antetokounmpo. Middleton’s early-season absence after having left wrist surgery in July may impact the Bucks in the regular-season standings but that’s irrelevant. They’re equipped for a lengthy playoff run.

Analysis: This is the deepest roster the 76ers have constructed around MVP contender Joel Embiid. They’ve added the rebounding, shooting and toughness needed to make a significant playoff run — which is why this roster is built this way. They’re also equipped to not need to lean too heavily on Embiid and James Harden during the regular season and save their legs for the playoffs. Their pick-and-roll game remains lethal. Harden’s pay cut allowed Philadelphia to make significant roster moves around the star duo and he’s more than a year removed from the hamstring injuries that’s hindered him the last two seasons. It’s time to make those moves count.

Analysis: The Celtics’ offseason couldn’t have started better when they added two significant players in Brogdon and Gallinari without giving up a player from their Finals roster. Then everything took a turn: Gallinari suffered a torn ACL while playing for Italy in August, Robert Williams III had left-knee surgery in late September that’ll sideline him until at least late November (his second procedure on the knee this year) and Boston suspended coach Ime Udoka for the 2022-23 season, leaving Joe Mazzulla as the interim coach. The Celtics still have the talent to be a force in the East, especially with All-Star wings Jayson Tatum and Jaylen Brown leading the way. But what they’re being asked to overcome may be too much with a first-year coach at the helm.

Analysis: His boxscores may not have always been pretty but Tucker’s value as a glue guy will be missed. The Heat are built to make up for Tucker’s departure but it’ll likely have to be done by committee instead. It seems they discover a hidden gem every season. Kyle Lowry is due for a bounce-back season after a disappointing playoff run. Tyler Herro, the reigning Sixth Man of the Year, seems poised to take over a starting role in the backcourt. Having Bam Adebayo and Jimmy Butler available for more than a combined 113 games should ensure Miami finishes at the top of the conference. Creating offensive advantages off the dribble will determine their playoff ceiling.

Analysis: Talent-wise, the Nets can compete with the East’s best. But games aren’t won on paper. Chemistry matters. So does consistent availability from star players — something Brooklyn’s lacked with Kevin Durant and Kyrie Irving since joining the organization as free agents in 2019. Ben Simmons can technically be considered an addition since he didn’t play after being traded to the Nets ahead of last season’s trade deadline, but questions remain about how impactful he’ll be in the playoffs.

Analysis: Toronto was a surprise team last season, winning close to 50 games after a 27-45 2020-21, and are poised to take another step forward. Pascal Siakam re-discovered his groove en route to being named to the All-NBA third team. Fred VanVleet is coming off his first All-Star season. Scottie Barnes, the Rookie of the Year, showed he has more scoring ability than most believed he would coming out of Florida State. Scoring in the halfcourt remains a concern, especially when VanVleet isn’t on the floor.

Analysis: Cleveland leaned on its size and defensive prowess — spearheaded by Jarrett Allen and Evan Mobley — to qualify for last year’s play-in. Their incoming All-Star guard in Mitchell will raise their ceiling and take the offensive creation burden off of Darius Garland, which will be needed after Cleveland’s offense finished with a below-average offensive rating. The challenges will be maintaining the defensive standards they set for themselves after their offseason moves and figuring out which one of their wings will be ready to step up.

Analysis: The Hawks are in a similar as position as Cleveland after also trading for an All-Star guard (Murray) during the offseason. A difference is they’ll need to fix a defense that fell to the bottom five last year after being average the prior season. Atlanta, which had the second-best regular season offense, can outscore opponents. The addition of Murray will make it harder for defenses to slow down fellow All-Star guard Trae Young but the Murray-Young duo will need time to gel.

Analysis: The uncertainty in Chicago after Lonzo Ball’s second arthroscopic surgery on his left knee since the end of January makes it difficult to project its season. On one hand, a rejuvenated DeMar DeRozan and healthier Zach LaVine can lead a good offense and will keep Chicago in the playoff hunt. Former Magic big man Nikola Vucevic should be better than last year. But Ball is vital for the Bulls’ defense, which was evident by their slippage on that end of the floor after his initial injury.

Analysis: Brunson gives the Knicks much-needed playmaking next to R.J. Barrett and Julius Randle, who took a significant step backwards last after being named to the All-NBA second team in 2020-21. Their frontcourt spacing will likely remain an issue since they lack bigs who can shoot. If the defense, which was above average last year, gets back to performing at an elite level and Barrett takes a leap in his development, they’ll have a shot at climbing up the standings. Being a play-in team feels like their ceiling in a deep East.

The rest of the field (in alphabetical order):

Analysis: Outside of Steve Clifford returning to take over the coaching reins, the Hornets had an underwhelming offseason. The absence of Bridges, who was Charlotte’s leading scorer, could have a significant impact after he was arrested in June and charged with three counts of felony domestic violence in July. He pleaded not guilty. LaMelo Ball’s expected absence from the start of the season because of a sprained left ankle could put the Hornets in a hole that’ll be difficult to climb out of.

Analysis: The Pistons made the moves of a team that could jump into the play-in race. They surrounded their young core headlined by Cade Cunningham with more shooting and veterans. Cunningham showed flashes of stardom after a slow start to his rookie season. Quality depth could be an issue for a Detroit team that’s looking to be more competitive.

Analysis: With the Pacers rebuilding around third-year guard Tyrese Haliburton, Indiana is poised to be one of the league’s worst teams. How bad they’ll be depends on if they’ll move on from Buddy Hield and/or Myles Turner. They have quality young talent in players such as Haliburton, Mathurin, Chris Durate and Jalen Smith but are behind the rebuilding process compared to others.

Analysis: They’re essentially running it back with the same that finished with the conference’s worst record, counting on internal development. Franz Wagner had an elite rookie season and seems poised to take another step forward as a ballhandler and shot creator after his run with Germany in EuroBasket 2022. Wendell Carter Jr., who’s in the first year of a 4-year extension on his rookie contract, showed his defensive versatility and a greater willingness to let it fly from beyond the arc which helped open space for himself and his teammates. Banchero could be the rim-pressuring, offensive hub Orlando needs to end its streak of having mediocre offenses. The young guards (Cole Anthony, Jalen Suggs, Markelle Fultz) all bring different skillsets to the table. The Magic are built to defend at a high level because of their size, length and instincts. The availability of Jonathan Isaac, who’s missed the last two seasons after tearing the anterior cruciate ligament in his left knee in the NBA bubble on Aug. 2, 2020, could take Orlando from good to great on that end of the floor.

Analysis: Having Bradley Beal, limited to 40 games last season after having wrist surgery, will help. Kristaps Porziņģis was good for Washington after being traded from Dallas midseason. They’re equipped to have better lead guard play. It’s hard seeing them being above average on either side of the floor despite their changes, likely leading to them being too good to be in the sweepstakes for Victor Wembanyama but not good enough to make it back to the playoffs for the second time in five seasons.