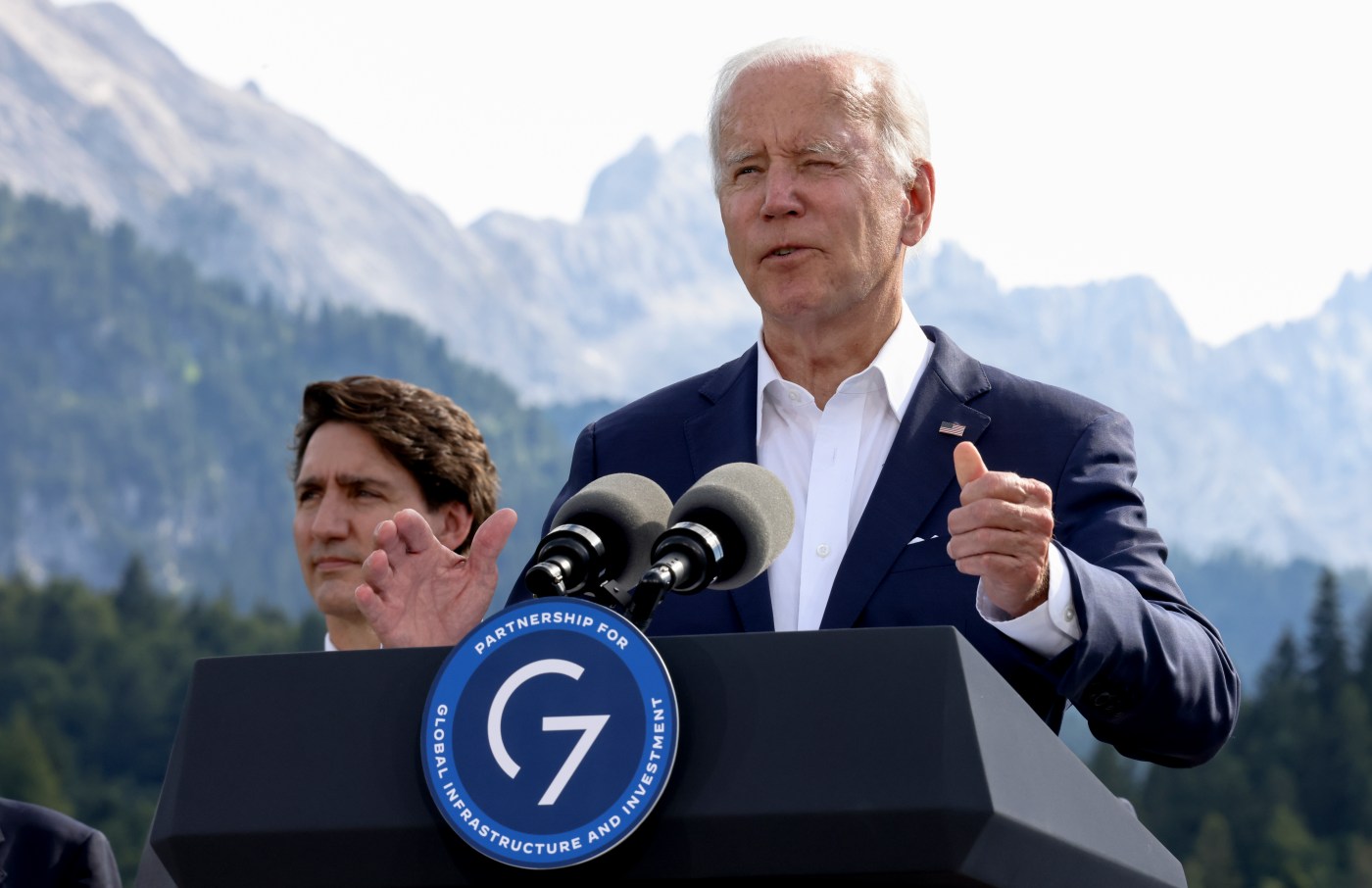 The Biden administration is doing what every administration pre-Trump has done: Get enamored and entangled in matters of foreign intrigue preferred by the intelligence community and military contractors. While leaving the country to the whims of the market, a market that increasingly follows the whims of Washington. We’ve gone from America First to America Last.

The U.S. government has easily found more than $42 billion and counting to send to war-torn, bankrupt Ukraine. Both parties agreed to this in what basically amounted to an overnight session of Congress. The decision was made in a matter of days.

By comparison, the $50 billion we are supposed to give to the U.S. semiconductor industry in tax breaks and other incentives to manufacture chips here instead of Asia languishes in Congress. It is part of the Bipartisan Innovation Act.

Global Foundries, Intel and Taiwan Semiconductor Manufacturing have all put plans to boost their semiconductor manufacturing here on hold because the CHIPS for America Act, part of the House and Senate’s so-called “China competition bill” (officially the BIA) is going nowhere fast, Nikkei Asia reported on July 5.

Biden thinks rolling back tariffs on China will help. His team is actively in talks with the Chinese about which Trump-era tariffs to lower. They believe if they reduce tariffs on China imports, stubborn inflation will come down.

Apparently, the experts in charge now believe we import oil and gas from China, along with steaks and milk. Please don’t bother telling them, they’ll ignore you. They’re smarter than you.

They’ll also ignore the Peterson Institute for International Economics, no fan of the China tariffs. Peterson economists wrote in a report dated June 3 that “the direct effect of removing tariffs on imports from China could lower consumer price index inflation by 0.26 percentage points — only marginally reducing inflation.”

That “marginally reducing inflation” assumes housing, food and gasoline prices fall. If they rise, there goes your 0.26 percent win.

Because of these policies, a whopping 88% of Americans polled by Monmouth University say the United States is heading in the wrong direction. Some 42% say they are struggling to remain where they are financially.

In April, a poll by the Coalition for a Prosperous America, conducted by Morning Consult, showed that 73% of American voters supported tough trade policies with China to protect U.S. industries and American workers. Biden then ignored them and removed tariffs on Southeast Asian solar producers, mostly all of them Chinese multinationals who have relocated there to avoid tariffs.

A high 71% of voters support tariffs on China. And 61% of them said increased imports have caused the United States to become dependent on China for goods that are critical to the U.S. economy and U.S. national security.

In May, a separate poll by Morning Consult said that Democrats supported tariffs on China in line with Republican voters. Democratic support was increasing. Biden’s support is waning. Who are this man’s voters again?

Morning Consult said, “Democrats now find themselves aligned with the plurality of Republicans who prefer to keep the tariffs in place, even if doing so means prices will stay high.”

There is a chance “only some” tariffs will be removed. But it is the trend that is the problem. It is chipping away at what U.S. trade representative Katherine Tai has repeatedly called our biggest leverage on China.

If China was smart, it would keep its retaliatory tariffs on the United States. At this point, what is Washington going to do about it? In a policy of Ukraine first, China second and the U.S. last, the answer should be obvious to Beijing — it will do absolutely nothing.

Kenneth Rapoza has covered China as a senior correspondent for Forbes since 2011. This column was provided by InsideSources.